Where are they now: Rapid CMO turnover and the CMO50 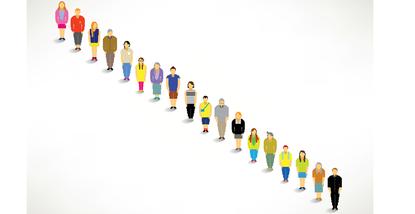 Marketing might be steadily gaining ground in the c-suite, but the relatively short lifespan of the CMO when they reach this position shows there’s plenty of volatility around the role globally and locally.

Much of the hard research data on CMO tenure has come out of the US, but it nevertheless sheds some light on the level of job security a marketing leader can expect in other mature markets, such as Australia. And if the turnover apparent in the inaugural CMO50 list for 2015 is any indicator of local conditions, it’s evident CMOs here are just as liable to churn sooner rather than later.

Of course, numbers vary wildly depending on industry. In 2015, Spencer Stuart found CMO tenure is shortest in the automotive, retail and restaurant sectors, where the average sits between 26 and 40 months. Technology company CMOs, meanwhile, enjoy the longest tenure at an average of 65 months, while financial services marketing chiefs are not far behind on 63 months.

However, new research released by Russell Reynolds Associates paints an even starker picture of the current state of CMO tenure.

Across the top 30 US-based retailers by revenue studied, 48 per cent have turned over their marketing leader in the last 12 months. In addition, 2016 has witnessed the highest level of marketing leader appointments and turnover since tracking began four years ago, with 185 appointments made in the first six months of the year, compared to 147 in the prior six months, and 134 year-on-year. Interestingly, the majority were external hires.

Consumer sectors accounted for 53 per cent of turnover among marketing leaders during the period, with retail leading the way (16 per cent), followed by consumer digital and media companies (14 per cent), and consumer products and services (13 per cent).

Of those that had left their role in the past 12 months, Russell Reynolds found 61 per cent had pursued a new opportunity, 23 per cent were internally promoted, and 12 per cent were undisclosed or have not taken on a new role.

Comparing these results to the CMO50 for 2015

As a comparison in Australia, and as we get close to closing off nominations for our list of Australia’s 50 most innovative marketing leaders for 2016, CMO decided to take a look at the state of tenure across those featured in our inaugural list.

What we found was that nearly 30 per cent of the CMO50 list for 2015, or 14 out of the 50 CMOs featured, have either left their position, been promoted locally or globally, or have seen their roles expand – a result that mirrors that reported by Russell Reynolds.

Of those nominated in the 2015 list, at least five were made redundant after their roles were either scrapped or changed in response to executive restructuring. Two have since taken up global positions for their organisations, while a further three have been promoted or had their responsibilities extend locally, usually to reflect a more end-to-end customer engagement approach.

From an industry perspective, you could argue it’s those sectors first disrupted by digital that have seen the most movement in terms of marketing leadership. Financial services, insurance, retail and retail-related leisure offerings pop up the most in terms of CMO turnover on the CMO50 list.

As a whole, the average tenure of the CMO50 for 2015 was three-and-a-half years. At least that was the tenure in current roles at the time of producing the list. Several, in fact, had been promoted already, or gained additional responsibilities as they climbed their firm’s management ranks. Notably, many assumed executive-level responsibility in the last 2-3 years.

So where have these innovative marketers gone? Here’s a snapshot on the movement of the inaugural CMO50 as a way of reflecting on the tenure and turnover of the CMO in the Australian market.

The top CMO in the CMO50 2015 list, Mark Reinke, was promoted to chief customer experience officer in February, a reflection of his growing end-to-end customer engagement responsibilities. He’d previously spent two-and-a-half years as group executive of customer, data and marketing, and had been group executive for marketing before that. In total, he’s been with the insurance giant for 12 years.

Batistich, who ranked second in the inaugural CMO5 for 2015 list, left Scentre group at the end of May, having originally been appointed to the director of marketing role in 2011. Unlike many listed in the CMO50 for 2015 (but surprisingly, like a number of his top 10 peers), he spent nine years with Scentre Group in total.

Smith announced his intention to leave Foxtel in November last year in order to relocate overseas in 2016. He’d been in the role since January 2012. Since then, Foxtel has restructured the position and appointed former Telstra CMO, Mark Buckman, to the newly created role of managing director, customer and retail, in June. The change reflects an extension of the CMO role to encompass end-to-encustomer engagement.

Portrate left the travel retailer in February after the CMO role was scrapped as part of an internal review. The decision sees the marketing team now reporting directly into Helloworld’s retail division head, Julie Primmer. Portrate joined in July 2013 as CMO after spending five years with Tourism Australia, and had been tasked with a massive brand and customer engagement transformation program at Helloworld.

Billing left the NRL sporting team in December after his role was made redundant. He had been marketing director since April 2011, and worked on both developing a data-driven culture inside the business, as well as building Melbourne Storm’s customer loyalty program. He’s now established his own business, Captura Marketing, which has a primary focus on helping organisations build content for improving customer loyalty.

Having taken over as CMO in January 2014, Robinson left the department store giant in May after a shake-up of the executive leadership team, which also prompted the departure of GM of marketing and communications, Victoria Doidge. Prior to taking up the marketing mantle, Robinson had worked across a range of divisions within David Jones including its digital strategy team. He was replaced in an interim capacity by COO, David Thomas.

Redhill has just been promoted to global CMO of Deloitte Consulting after holding the marketing leadership mantle for the whole Deloitte Australia business since 2004. He is the first global CMO for consulting to be appointed since the business ran as a separate unit to Deloitte Touch Tohmatsu.

Duncombe was promoted to her latest role, MD and head of growth plus CMO for Citi FinTech, in March after relocating to NYC last September for another global post. Prior to this, she had been MD and head of marketing, digital and customer experience at Citi Australia since December 2011. She then spent seven months as MD and global head of social, content and digital marketing in NYC before taking up her latest role.

Pullen left his position as head of marketing, digital and content for the NRL in June after two-and-a-half years in the role to take up a marketing director’s post at IAG Challenger. The new division has been created to disrupt the insurance market. Upon his appointment being revealed, Pullen said he would be accountable for brand and marketing across SGIO, SGIC, Berkshire Hathaway and IAG’s partnership with Coles Insurance.

After just over two years as head of marketing for the boutique insurance brand, Chiew left the organisation in November.She is now working as a consultant on strategic business and marketing challenges.

Broome left Kelloggs in October following a restructure of the marketing and insights functions. The decision saw a separate insights and commercial planning department created, changing the nature of the marketing leadership role. Three months later, Broome re-emerged as the new CMO at Unilever, the first standalone marketing chief appointed by the FMCG group in three years following the departure of its joint marketing leaders across different divisions.

Gelfand spent more than 20 years at Spotlight in various roles before leaving in June to become a part-owner in boutique retailer, Ishka, where he also oversees operations and marketing strategy. Prior to leaving, Gelfand had been the group GM of marketing.

Lloyd-Jones left Pacific Brands in November after her role within the Sheridan Group was made redundant. She had been in the position since July 2012.

IAG has been a significant restructure over the past year as it endeavours to place more emphasis on customer- and data-driven strategy. A few months later, Merrick was promoted to GM, marketing and customer experience, within the Australian consumer division. She was previously head of marketing for consumer, commencing that role in December 2014.

Madigan swapped ANZ Stadium for The Star, Sydney in December and a new position as GM of marketing and entertainment. She’d been at the stadium for three years before the move.

Nominations for the 2016 edition of the CMO50 are now open but due to close on Friday 12 August. Make sure your or your CMO is considered for the list by nominating now online.