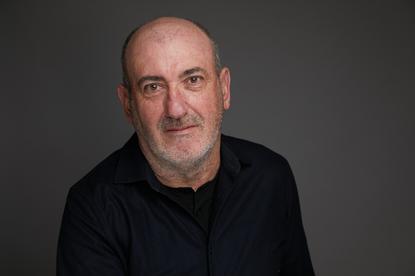 The CMO role has expanded to encompass a broader set of requirements, particularly around digital marketing, social media and martech, as campaigns and CX shift to being more personalised and measurable. As a result, marketing leaders have become all things to all people, says Stephen Byrne, CMO of Targus.

And the change in skillsets is only just beginning. What’s more, the measurements and metrics must be transformed in order to demonstrate success.

“CMOs have to be across everything, from buying databases, analysing existing databases, appending, deeper and broader segment analysis, micro-targeting, social media based campaigns, all the way to briefing in agencies across the board,” Byrne tells CMO. “The remit is across everything from packing to research, CX, customer journeys and customer analysis, to being a trusted advisor. But this, in turn, provides more opportunities for CMOs.”

The catalyst has been an elevation and shift to more digital businesses. “As a consequence, you have to know Marketo, Salesforce, all those kinds of technologies, as well as have a good understanding of social media, data collation and analytics, as well as advertising,” Byrne continues.

Prior to joining Targus, Byrne consulted to businesses around segmenting large data sets, and he sees this as a major gap in the marketer’s arsenal. “There’s a lot happening around segmentation, and a lot of companies haven’t got their heads around that yet. So that’s an important role for the CMO,” he says.

“There are still core skills CMOs need as well, but finding those sorts of people, who have all these various skills, is difficult for many companies as a result. A CMO needs to be able to sit in a meeting and ask the right questions with a digital build agency as well.”

Despite the rapid change, or in fact because of it, Byrne says many companies are still struggling with old methods of measuring campaign success, and are not embracing the new metrics offered by new technologies providing the consumer insights needed to remain competitive in the current market.

“I don’t think companies are looking for ROI, they don’t necessarily understand how that level of measurement of value is possible now. They’re still relying on advertising reach and base-level sales,” Byrne explains.

“Things like brand awareness, engagement, the direct correlation between campaign and sales, conversions – they’re  all important. But there’s whole bunch of other things that sit between these that businesses don’t understand, like the language of a failure and how to examine this and learn from it.

“There’s not enough serious self-analysis around this yet. For example, event companies are still presenting same old unengaging stats around a database, or unique sessions, but that’s as deep as they go. But when you ask for something around level of engagement and what the open rates on EDMs are, or for a delegate profile, they don’t have it.

“Open rates on EDMs are all fine and good, but does it translate into sales and levels of engagement? I don’t think the level of sophistication is quite there yet.”

The biggest change Byrne sees affecting CMOs is AI, and what this may mean for agencies moving forward. He positions AI as driving newer versions of automated marketing systems, as well as media buying and media spend and planning.

“There are a couple of AI engines in market, and I know of a couple of campaigns that have been purely machine based, and for agencies that’s a scary prospect,” he comments. “While the comparative costings around AI are not much different upfront, the returns can be higher using AI. The front-end costs are the same as bringing an agency in with the right skillsets, but the actual uplift figures are quite substantial using AI. In terms of overall performance, you can get an infinitely measurable set of stats out of using AI, and get those levers you can adjust quickly to change how the campaign is going based on those stats.

“AI is significant, and it’s going to drive the marketing engines in a much better way. As much as current automation systems are great, they still rely on human input, and lot of companies are struggling with quality assurance around that.”

According to Byrne, media saturation and the rise of digital disruptors, such as Netflix, have left traditional media floundering in a world of outdated metrics.

“Media saturation is a big issue, and it is going to cause a flooding of overstimulation, causing consumers to switch off or change their consumption of media,” he says. “From the FTA figures, you can see how people have significantly tailored their consumption of media, and that’s just in the two years since Netflix was released. There’s been a massive shift in TV consumption, and that’s broadly affected a lot of agencies and businesses. A lot of businesses are cutting spend unless they can see ROI.

“The measurement tools for TV are so old. Similarly, polls are failing because it’s an old way of measurement. What media apart from digital can micro-target these days? No one.”

It is up to CMOs to educate partners and media providers that there are a lot of matured technologies and systems in use that don’t work anymore, Byrne says. Because the old idea of having to be in TV radio and print doesn’t cut the mustard.

“Marketers need to ask: Who are you talking to? The market as we know it is entirely different to what we perceive it to be, it’s very fractured, it’s not a market of one, that’s rubbish, but it is a market that you need a lot of different tools to analyse. You can’t rely on one methodology, you need multiple, you need to overlay them, and you need to do it all the time.

“The CMOs that know what they’re talking about and have a long view of their market or media customers, they get it and see the need to engage their CEOs and boards around this, and have a long view. There are a lot more variables now, and CMOs have to be advocates.

“I’ve seen big companies making big product investments, but not look at the types of research around it first. You can’t stick your finger in the air anymore, and you can’t do just one thing.

“As CMOs, you have to be fully informed of what’s happening in the market, as well and reading not just about what’s happening in your market, but also in technology, and what benchmark companies are doing. Taking a broader view is really important.”