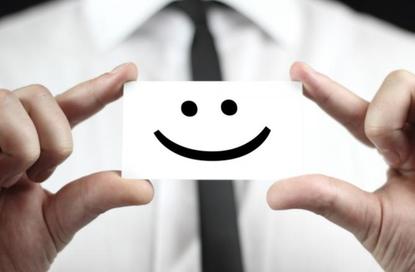 More than four in 10 customers have switched brands over the past year as they sought out better customer service, a new report has found.

According to the fifth edition of the Salesforce State of the Connected Customer Report, produced in partnership with the Australian Retailers Association (ARA), 61 per cent of consumers surveyed have switched brands at least once in the last year. Of these, 42 per cent were looking for better customer service, while 51 felt sales, service and marketing departments were not sharing information with one another. The biggest percentage – 66 per cent – switched for a better deal.

The report also found 79 per cent of its 16,936 global respondents were more loyalty to companies that provide consistent interactions across an organisation.

From an A/NZ perspective, nine in 10 respondents said trust in companies becomes more important in times of change. Yet 71 per cent said they lose trust when there are inconsistencies across multiple touchpoints of an organisation. Nearly half (48 per cent) also said trust is lost when they receive communications from brand that don’t match their interests.

Digital interaction was another aspect of consumer engagement spotlighted in the report. Over the next three years, consumers surveyed expected to use more augmented reality (50 per cent), video appointments (55 per cent), virtual experiences (53 per cent) and social media (50 per cent) to shop. In addition, 57 per cent said they’re open to businesses using artificial intelligence (AI) to improve their experiences.

In the face of this, the report authors noted brands are under pressure to stitch together online and offline interactions into personalised experiences. Just over half of consumers (51 per cent) are willing to share their personal information with a company in exchange for personalised offers or discounts, with 41 per cent expecting offers from companies to always be personalised. And just shy of half (48 per cent) say personalised rewards would increase their use of loyalty programs.

Values and brand purpose are the other ingredient in the mix. Fifty-five per cent of respondents said they will switch brands because its values align with theirs. Nine in 10 said they are influenced to shop with a brand based on its environmental practices, along with actions on economic injustices (86 per cent), actions on racial injustices (83 per cent) and community involvement (86 per cent).

The report surveyed 16,936 consumers and business buyers from 29 countries including 654 from across A/NZ.

“The State of the Connected Customer Report found that customers are reassessing established brand loyalties as their priorities and behaviours shift,” commented Salesforce area vice-president for Retail and Consumer Goods, Jo Gaines. “At a time when it’s never been easier for customers to switch brands and loyalty proves elusive, retailers need to focus on creating great experiences across digital and physical and appreciate their customers recency and history with their brand.”

ARA CEO, Paul Zahra, said all this shows customers are now more impatient than ever before. “If they don’t have a positive experience when they enter your store or go on your website, they’re very quick to move on and search out rival brands and products,” he said.

“This research is an important reminder for businesses on the importance of knowing your customers – what products they like, the communication channels they prefer and the personalised offers that work best.”

Zahra also noted more and more Australians are purchasing the things they need with a few taps of their fingers and that people now expect the best of in-store experiences to be delivered online - and vice versa.

“Social media is also playing a greater role as part of the integrated online shopping experience, which means investments in the digital and innovation space are incredibly important for businesses if they want to remain relevant,” he added.