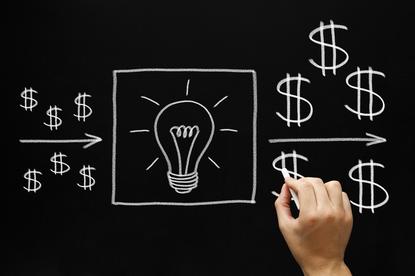 Industry associations and thought leaders have welcomed the Federal Government’s $1.2 billion investment into Australia’s digital economy as part of this year’s budget, as well as the emphasis on supporting women in the workforce, recognising both as mechanisms to sustaining Australia’s economic growth.

As part of the Federal Budget delivered last night, the Australian Government confirmed a $1.2 billion investment into the country’s Digital Economic Strategy aimed at accelerating digitisation of the national economy brought about by the global COVID-19 pandemic.

Within this figure is $124.1 million allocated to help build Australia’s artificial intelligence (AI) capability, including a National Artificial Intelligence Centre led by the CSIRO’s Data61 division. Another $100 million has been committed to developing digital skills in the workforce and establishing cadetships. This includes $10.7 million to trial up to four industry-led pilots to develop new pathways to build high-level digital skills, plus 460 advanced scholarships in fields such as robotics, quantum computing and AI.

The Government is also committing $111.3 million to accelerating the rollout of the Consumer Data Right (CDR), which commenced in the banking and energy sectors before being expected to move to telecommunications. The CDR was positioned as another key mechanism helping Australia become a leading digital economy by 2030, creating new data-driven jobs, products and services and empowering consumers to benefit from their data held by businesses.

Additionally, $500 million will be spent on giving consumers greater access to their health and government data via a makeover to the MyGov website and the My Health Record service.

Cybersecurity is another tech area highlighted in this year’s Budget. The Government is providing $43.8 million to expand the Cyber Security Skills Partnership Innovation Fund aimed at creating a pipeline of cybersecurity professionals.

Complementing these digital and tech-specific investments are those aimed at helping women in the workforce. Announced as part of this year’s Federal Budget are $1.7 billion into making childcare more affordable; $38.3 million to expand the Women’s Leadership and Development Program; and $43.6 million to enable women to pursue STEM qualifications.

ADMA welcomed the digital skills investment and noted the investment into technology as a key mechanism for ensuring Australia’s unemployment rate falls under 5 per cent. ADMA CEO, Andrea Martens, said digital infrastructure and skills have clearly been called out as being critical for competitiveness and the means to ensure the Australian economy ‘roars’ back into life.

“We were heartened that AI, cybersecurity and digital cadetships were identified as key to encouraging more innovation in Australia, three things that ADMA believes allows our industry to grow further and be internationally competitive,” she commented.

Martens also noted the focus on improving the financial security of women by helping them pursue non-traditional roles, notably across STEM sectors, as well as compulsory superannuation changes and longer-term childcare benefits. These will help women to join the important digital sector and “focus on their careers in our industry”, she said.

Other areas of the Budget welcomed by ADMA were the emphasis on supporting small and family businesses, which aligns with the association’s focus on sole traders and small businesses in the marketing ecosystem. The association recently launched a ‘Data Driven Marketing Practitioner membership’ tier targeting this part of Australia’s business community.

Martens was also supportive of the emphasis on mental health, claiming the marketing industry has been touted as one of the worst affected by the mental health side effects resulting from the COVID-19 pandemic.

“Despite last year’s COVID disruptions, the ICT sector managed to deliver 33,000 new jobs, showing the importance of technology in keeping the Australian economy moving,” said ACS chief executive officer, Rupert Grayston. “We were very encouraged by the Treasurer’s statement that digital infrastructure and digital skills will be critical for the competitiveness of our economy.”

According to the recently launched ACS Digital Pulse report by Deloitte Access Economics, Australia will need to fill 60,000 technology roles every year for the next five years. The Artificial Intelligence and Emerging Technology graduate program announced last week, along with the Digital Skills Cadetship trial, were key towards achieving such a goal, Grayston said.

“One important boost for the technology sector and the broader economy would be to boost female participation in the ICT sector,” Grayson added. “The Digital Pulse report found if Australia addresses the tech industry’s gender imbalance, the economy could see 5000 more jobs and a boost of $1.8bn per year.”

For the AIIA, a highlight was the $124.1 million for elevating AI capability across the country. While the budget allocation falls short of the $250 million required to fully fund the National AI strategy, the AIIA said it recognised this investment was a significant improvement compared to previous funding.

“We applaud the Federal Government’s recognition that this transformation is not merely a national one but a global one that is happening,” AIIA CEO, Ron Gauci, said. “The investment of $1.2 billion is recognition of the fact that the ICT sector is at the heart of every industry and the Federal Government must continue to invest in this sector to secure our economic independence for years to come.

“However, in April we demonstrated that to fully fund a National AI Strategy, $250 million was needed. While investment in R&D is important, more needs to be done to ensure there is significant investment in the commercialisation of AI here in Australia to deliver jobs and economic growth. Without it we will continue to fall behind the rest of the world.”

The AIIA also highlighted the $100 million towards the development of digital skills in the workforce, including creation of cadetships.

“Australia’s ongoing prosperity depends on its ability to innovate, requiring leadership, clear policies and a national innovation strategy. As a nation, we must support our innovators and ensure Australia can retain ownership of our brilliant creations and ensure we do not fall behind our international peers,” Gauci added.

Yet while digitisation efforts such as moving to the cloud, digital engagement, contact centres on-demand and new ways of working all hold the key to future innovation, CEO of Australian CX assurance platform vendor Cyara, Alok Kulkarni, warned all organisations to remember the human factor.

“As we embark on our digital journeys, Australian organisations should be cognisant of empathy and the need for the human touch,” he said. “As demonstrated during the pandemic last year, human-to-human interaction is paramount for building empathy, despite the plethora of digital engagement platforms available in the market.

“There is also more to Australia’s future growth and prosperity. We need to consider ourselves as a creator as well as an adopter of technology. The Federal Government’s $77.1 million investment into digital skills is a welcome start but more needs to be done to support the startup ecosystem in Australia.”

Both the ACS and AIIA also believed further reforms to the R&D Tax Incentive and depreciation regime, including the introduction of a ‘patent box’ providing tax incentives that encourage homegrown innovators to continue to commercialise in Australia rather than abroad, will keep talent and companies onshore to drive the sector. The first beneficiaries of the scheme under the Federal Budget are MedTech and BioTech.

“Now is the time to create lasting structural change as a result of setting up a strong and efficient national ICT health backbone and the investment of $500 million will go some way to bringing this to reality,” Gauci said.