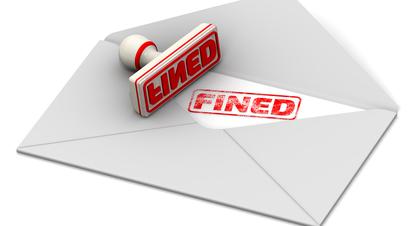 Australian activewear brand, Lorna Jane, has defended its decision to advertise its ‘LJ Shield’ technology after being fined $40,000 by the Therapeutic Goods Administration (TGA) for claims relating to the product’s resiliency against viruses and bacteria.

The Brisbane-based retail brand was issued three separate infringement notices totalling $39,960 by the Department of Health division last week after allegedly claiming on its website and advertising that its ‘anti-virus activewear’ prevents and protects individuals from infectious diseases. The claims were seen to imply this list would also include COVID-19.

TGA cited significant concern over the advertisements given the pandemic. The authority said the content and positioning of Lorna Jane’s clothing products for therapeutic use fell under TGA regulations and was therefore required to be registered via the Australian Register of Therapeutic Goods before being advertised nationally.

What’s more, the watchdog said any references to COVID-19 and related terms in promoting goods was under restricted representations, again requiring formal approval or permission. The TGA also said Lorna Jane had breached its Therapeutic Goods Advertising Code (No2 2018) by promoting a therapeutic good as being safe, harmless or without side effects.

“This kind of advertising could have detrimental consequences for the Australian community, creating a false sense of security and leading people to be less vigilant about hygiene and social distancing,” Department Secretary of the Department of Health and adjunct professor, John Skerritt, stated.

In its response, Lorna Jane defended its LJ Shield technology and said it was not trying to “profiteer in any way” around COVID-19 fears. The company said the technology had been in the works for more than two years and was fast-tracked to Australia after testing of material in Taiwan by quality assurance testing and certification outfit, Intertek, allegedly showed a 99.9 per cent reduction in bacteria.

The company described LJ Shield as a permanent, chemical-free shield aimed at protecting and preventing odour causing bacteria and mould. The mist is applied to garments and aims to terminate any bacteria coming into contact with the fabric. It’s also been described as the next iteration of the brand’s ‘First Wear’ initiative to minimise skin contact with garments in stores and during manufacturing.

“We didn’t want to mislead anyone. Our testing shows that LJ Shield is an important part of the stopping the spread of bacteria and should be used in combination with other precautionary measures such as face masks and thorough and frequent hand washing,” the company claimed in its press release.

The company noted lab partner, Fuse Biotech, had been using the mist to spray hard surfaces in gyms to protect fitness equipment and areas, as well as in the hospitality industry, for several years in Taiwan and the US.

“With everything that is transpiring with COVID-19, we deemed it necessary to speed up the release of this technology to our customers, knowing it has already been tested and proven globally and continue to work on getting it tested locally also,” the stated continued.

“We are not saying that LJ Shield will stop you coming into contact with bacteria. We are saying LJ Shield is an added protection like hand sanitiser but for the clothes you wear. A virus cannot live for prolonged timeframes on any surface without a host such as bacteria, mould or fungus. LJ Shield properties work to break down and kill these hosts.

“We are not trying to profiteer in any way on the fear around COVID-19 because we were developing this and working with our partners on this before the outbreak, and are not charging our customers for this technology. This is something we are doing because we believe in it and want to protect our customers in any way we can.”

In response to CMO inquiries on Lorna Jane's statement, a TGA spokesperson said the matter is under investigation and no further comment would be made.

An Ad Standards spokesperson confirmed to CMO it had not received any complaints about Lorna Jane advertising and noted the issue does not fall under the Codes And Initiatives administered by Ad Standards.

However, the industry watchdog said it's "a timely reminder to advertisers to ensure that the content of advertisements across all media including online aligns with current community standards and Australian Government Health Guidelines, as the situation around COVID-19 continues to evolve".

Both Ad Standards and the TGA are on heightened alert during the COVID-19 pandemic.

As COVID-19 lockdowns came into effect in Australia in March, TGA issued a statement warning brands about illegal advertising relating to COVID-19 and said it was ready to take action for those crossing the line. The TGA also referenced a civil penalty case it brought against Peptide Clinics Australia in the Federal Court of Australia which saw the latter fined $10.5 million after contravening the advertising provisions act.