Why we need AI with a heart 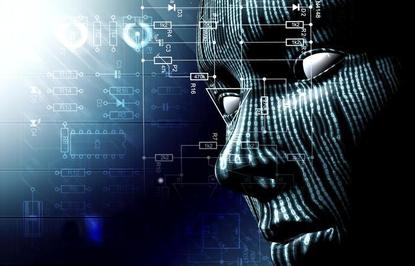 In order for artificial intelligence (AI) to effectively engage with humans and keep their attention, they need to look more human-like, according to founder of Hanson Robotics, David Hanson.

Speaking at CeBIT in Sydney, Hanson said AI that becomes truly alive and self-replicating will change everything. The idea is the technologies of science, computing, information, AI, bio-tech will compound each other to accelerate each other, leading to the accelerating change we are seeing now and eventually to technological singularity.

“In the 1980s, it seemed like AI might be a dead end. But I felt it wasn’t over, and converging the humanities and humanising robots would change everything,” Hanson told the crowd. “In 1999 as a Disney imaginer, I was writing papers about AI, animatronics and robotics and how these things could come together to make next generation of intelligent machines. It felt it was the ideal interface for AI to get along with people.”

Even 20 years ago, the kind of AI we see every day wouldn’t have been feasible. "Yet now we have driverless cars, and AI behind the scenes in homes, offices, on phones, autonomous drones, via voice interaction, and going into space," Hanson said.

“The interplay between sciences and humanity is very important. We intuitively get excited when we think something could be alive."

But most robots don’t have a humanoid form. The ones that do are highly useful, targeting research, autism therapy, outreach, voice-based interfaces are a naturalistic interaction. The question for Hanson was: Why not more?

He suggested engineers steered away from giving AI and robots a humanoid form because they are machines and should look like machines.

Hanson argued this stems from something called the ‘uncanny valley’ and the assumption humanoid machines might end up being creepy, and shifting humans from empathy to revulsion.

“The uncanny valley has been a barrier to inquiry in this space. When Toy Story came out there was a sea change of understanding computer-animated characters could be appealing," he continued. "It was a gold rush, and humans now love human-like animated characters.

“Why does it work? It works because clever designers and scientists solved the problem of aesthetic and social engagement. There's no scientific way to do that, it’s beyond science right now, but artists can do it. It doesn’t always work, but we only notice it when it goes wrong. We don’t notice when it goes right. Humans want to engage with these characters.

“Our lives are a story experience and we give value to that, so if AI can work with us on human terms, we get smarter as it get smarter. Why can’t we do this with robots too? Then you can have face-to-face, natural interaction."

It's this thinking that lead Hanson to develop a series of human-like robots, called the Identity Emulation Project. The work has seen the company develop portraits of many real people, using  cognitive AI, and a number of other technologies including machine learning for studying human emotion.

"The results were compelling. They were able to hold attention, and have natural conversations with humans and get past that uncanny valley problem," he said. “What defines us as human is compassion, so theoretically you can develop a AI with compassion that could be considered more human than a biological humans without compassion."

Since then, Hanson has developed dozens of these robots. He developed a robot as a convergence of cultures, Sophia, and she went viral across the world.

Read more: How virtual humans could transform the brand experience

According to Gartner, by 2020 people will interact with more bots than with their spouses. Hanson said technologies today dehumanise us, as we are always staring at tablets and this is the way we socialise now. But what about the human connection?

For Hanson and his team, a naturalistic, multi-modal interface is the next frontier.

“By next year, most businesses will be managing customer relations by full automation," he claimed. "This is consistent with the natural user interface, and now we have voice, but it’s not fully natural.

“This self-imposed, limited engagement due to the uncanny valley is preventing AI interface from reaching its full potential. To engage with humans, the interface has to look human. True emotional engagement is needed transfer information.

“This interface can entertain us, help take care of us, and this is how we build trust in AI. In this way, we can teach AI values, raise them among humans, and they can learn to understand us and to be our friends. Otherwise, the AI is an alien. We can create valuable AI with human-like wisdom.”