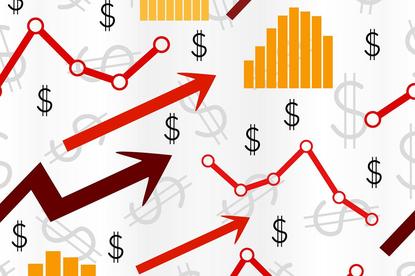 The company detailed the result in its latest full-year financial report, released to market today. The retail group, which owns brands such as Review, Yarra Trail, Black Pepper, JET, Marco Polo, Designworks and White Runway, reported total full-year sales were up 9.2 per cent to $272.6 million, driven by 29.7 per cent growth in its wholesale business to $148.6 million. This included a 46 per cent year-on-year lift in net sales across the Designworks business.

However, underlying EBITDA was down $3.1 million to $8.6 million, and the group reported a total net loss of $1.8 million, albeit an improved result against the $2.9 million loss confirmed in FY18.

On the retail side, The PAS Group reported an 8.2 per cent drop to $124 million, noting closure of 25 marginal or unprofitable stores over the past year. Like-for-like retail sales were also down 4.1 per cent.

Helping keep customer growth in focus has been a recent investment into a CDP, which went live in the first half of FY19. According to the financial report, this delivered annual membership growth of 37 per cent across loyalty programs, bringing total membership to 1.3 million. This customer group now represents 78 per cent of total retail sales.

As previously reported in CMO, The PAS Group brought on Lexer’s CDP offering and has set up more than 25 attributes for each of its customers, which it’s using to tailor and suppress campaigns.

The PAS Group said online revenue from email campaigns increased 45 per cent thanks to the CDP providing more personalised communications. In total, The PAS Group’s total online sales growth came in at 5.7 per cent in FY19, following 17.2 per cent growth in FY18, and bringing online as a percentage of total sales to 14.5 per cent.

Over the past year, the group also debuted a new loyalty program for its Black Pepper brand, and upgraded its Review loyalty app, growing this revenue channel by 51 per cent year-on-year as a result. Another loyalty highlight was 73 per cent growth in the Review VIP Dress Circle membership for top-tier members since launch, driving $4.8 million in sales.

The company said new features and benefits continue to be introduced across all loyalty programs with the goal of growing top customer participation and encouraging new customer engagement. On the list include further targeted and segmented communications, capitalising on the recent launch of an Android-based Review mobile app, and ongoing emphasis on mobile loyalty.

“In what has been a particularly challenging year for the retail apparel market, we offset some of the impact of software sales in our own stores and department store concessions with growth in our online and Designworks businesses,” the PAS Group outgoing CEO, Eric Morris, said in a statement.

“We continued to execute with a disciplined approach to cost and working capital management, while making further progress in implementing our strategic growth plans.”

The group is also looking to divest its White Runway business, pulled back on its new store rollouts, is building out infrastructure to grow JET internationally, and working with Houlihan Lokey on reviewing strategic opportunities to further transform the business.

“Meanwhile we closed the year debt free and are well placed to capitalise on any opportunities that would create value for our shareholders,” Morris added.