Are brand ambassadors worth it? 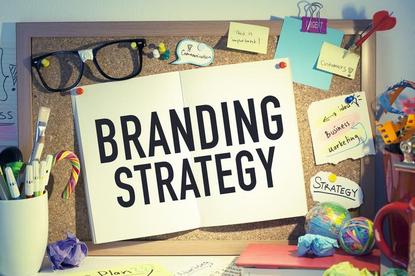 Earlier this week, WA Tourism dropped George Calombaris from its most recent campaign in the wake of the chef’s underpayment of staff wages scandal.

The celebrity chef, also recognised for his role as a judge on the MasterChef Australia TV program, had been fined $200,000 by the Fair Work Ombudsman for underpaying staff at his restaurants to the tune of nearly $8 million.

The news was promptly followed by calls for his sacking from his lucrative job hosting MasterChef Australia. Initially, the program appeared to back him. But within days, Network 10 announced Calombaris, along with fellow judges, Matt Preston and Gary Mehigan, will not return in the next season of MasterChef Australia, over the ironic inability to come to terms.

Having a brand ambassador discovered as participating in appropriate or illegal behaviour is just one of the potential pitfalls marketers face when opting for a third-party to represent their brand externally to the market. So in light of the latest celebrity fall from grace, CMO reached out to industry experts to ask about whether brand ambassadors are worth the potential brand risk.

Tourism WA confirmed to CMO that Calombaris’ parts of its most recent campaign have been ‘paused’. The chef was front and centre of MasterChef’s WA Week earlier in July.

“George Calombaris was a small part of a Tourism WA campaign encouraging people to visit the areas of the State that featured in the recent WA Week on MasterChef Australia,” a WA Tourism spokesperson said. “Given the recent community response due to Mr Calombaris’ issues with the Fair Work Commission we have paused the parts of the campaign that have featured him and we’re speaking with his management.

“This campaign is just part of what we’re doing to promote the State.”

National head of content and partnerships at Wavemaker, Shivani Maharaj, told CMO there is always a risk to brands when signing an ambassador. Yet it’s also a high-reward game.

“Many brands have used ambassadors successfully. Just look at what Uber Eats is doing – its success in Australia can be attributed to the clever use of ambassadors,” she said.

“A strong ambassador increases brand affinity, impact and connection by lending their personal brand and popularity to a company. When a company chooses an ambassador whose public persona clearly aligns with its mission and values, the partnership brings the company mission to life in a way that’s easy for consumers to picture and understand,” she said.

Yet this cross-over between an ambassador’s personal brand and the understanding of a company’s purpose is also why ambassadors potentially pose a threat.

Issues typically arise for two reasons, Green said. "The first is insufficient vetting. Today, marketers have access to a bevy of tools which can check community sentiment, engagement, previous media mentions, and social posts to get an in-depth picture of the ambassador’s public values,” she said.

“The second is when a company leans too heavily on talent to share its message. Talent shouldn’t define a brand’s mission, but simply aid the understanding. Brands must be looking for other creative ways across communications and marketing to reach consumers. This will help avoid their public perception being conflated with that of their talents.”

Maharaj said marketers can do all the background checks, social listening and PR monitoring they want, but at the end of the day, brand ambassadors are human, just like everyone else, and everyone can make mistakes.

“That’s the risk involved when taking on ambassadors," she said.

To try and minimise risk when working with talent or influencers, Wavemaker ensures it has the right clauses in contracts, particularly around indemnity and morality.

“In this case, with over 500 employees, it’s possible Calombaris may not have been across the detail in payments. When he was made aware of the situation, he confessed and is reportedly paying the employees affected," Maharaj said. “My bet is WA Tourism will still enjoy success from the partnership and see an increase in domestic travel, despite pulling its advertising.”

So why do brands risk reputation to get a celebrity ambassador endorsement?

“Through our proprietary research, we know brand ambassadors build credibility, even if the talent doesn't use the products themselves, and are pertinent to reaching the core demographic for a lot of the brands we work with,” Maharaj explained.

“We have some major brands using brand ambassadors and we see the value they can have on campaigns. The human brain recognises celebrities similarly to how it recognises people we actually know. The effect is that, if consumers happen to be fans, they place a higher value on products that celebrities are endorsing – it’s as if they are receiving advice from a valued friend."

This makes the use of celebrity ambassadors an effective way for brands to increase awareness, trust and familiarity.

"Consumers feel more sympathetic towards a brand if their products are promoted by a celebrity they admire or relate to," Maharaj continued. "It’s a simple psychological effect: Subconsciously, people believe that purchasing a product that’s promoted by a celebrity they admire, will allow them to emulate the celebrity’s desired traits or attract similar people into their lives.”

In the case of brand ambassadors going rogue, the good news for brands is, the damage is recoverable. In fact, you can end up in a better position if you handle the scandal well.

“It depends on what you did and whether you can get the public to forgive and forget,” Maharaj said.

In the event an issue does arise, Green strongly advised clients to pause before reacting in order gather all the facts as well as analyse community sentiment.

“Like any brand crisis, transparency and authenticity will go a long way in rebuilding trust with the consumer and establishing the brand narrative for the future,” she said. “Issues are mostly recoverable, as long as you address them, take the actions needed, and have a strong marketing and communications plan off the back of the crisis that champions your values.”