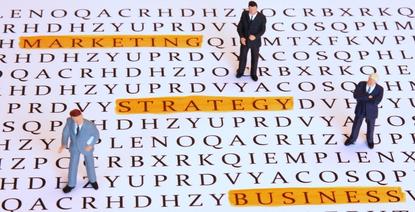 If Zara Cobb was ever going to take a CMO role, there was a good chance it would be at a data-driven organisation.

Cobb started her career more than a decade ago working in media agency roles in London and Australia, including a stint as head of strategy and analytics at Match Media. Now she finds herself in the role of CMO at fintech, Lendi, a home loan platform that uses data to match loans to the specific needs of borrowers. The six-year-old company has enjoyed a rapid rise and is on track to hit $10 billion in settlements this year.

It is a highly data-driven organisation, with a business intelligence and analytics team operating across every division in the business. That makes it a company that is well suited to Cobb’s skillset.

“Being a fintech, what was needed was someone who understood the mechanics of marketing, but who also had strategic and creative thinking but wasn’t afraid to get into the detail,” she tells CMO. “I don’t really do anything without numbers.”

The numbers mattering most to Cobb might also be somewhat different to those often associated with marketing.

“I don’t think I’ve even had a conversation about impression volumes and share of voice which I would have had with other clients in different sectors,” she says. “The conversations we have are about lead quality and first contact and how far in the platform they went. It is much more quantitative and much more real than some other marketing metrics.”

This end-to-end approach means when leads come through overnight, they are immediately passed along to sales teams to follow up the next day. Cobb says this enables her to get a clear picture of the results of her marketing spend, which includes free-to-air television.

“It is the quickest and most blunt way to make sure your brand is in front of potential customers,” Cobb says. “We are for everybody, so TV is a great way of achieving that. The biggest challenge of my role is how you explain the complexities, nuances and algorithms and engines of a fintech to a customer in a 30-second TVC.”

To achieve, this Cobb has made significant changes to Lendi’s creative content, breaking its value propositions into more digestible chunks.

“We run what we call brand response, as opposed to direct response, which is telling them a little about who we are and why we are different, but ultimately bringing them to our website,” she says. “And that is paying dividends back to the business. We have seen some really great growth figures in the last six months.”

Lendi has also made significant investments in its online marketing stack, based around Salesforce CRM and the Krux DMP.

“That is really going to supercharge what we are able to do,” she says.

Interestingly, Lendi has taken the stance of having no retained agencies aside from the one it uses for television, AdAd.

“We didn’t really want to put the future of the business in the hands of somebody else who doesn’t have skin in the game the way that we do,” Cobb says. “And I just think there’s less and less need for that agency/client relationship. “

The strong focus on marketing ROI also ensures that Cobb has a loud voice in Lendi’s overall decision-making, as she sits in both the executive team and board meetings.

“There is a clear voice at the table and a real respect for what marketing does in this organisation,” Cobb says. “Everybody understands our overall contribution to the delivery of success, and that changes the types of conversations that my team has a on a day to day basis.”