Showcases capabilities beyond media this week 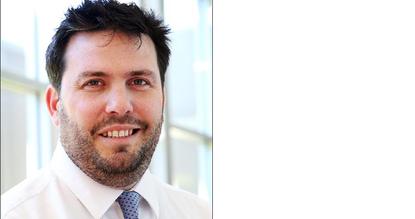 The bullish comments were made to CMO as the media giant this week unveiled multiple data, advertising and targeting initiatives to its customers, to compete on a global scale with social media and other platforms.

“All marketers are concerned about ensuring they get more bang for their buck. This investment in data enables us to do that,” he said.

Eales also believed the data-driven capabilities, combined with journalist expertise, would finally give News Corp the competitive edge against both other media players as well as digital giants such as Facebook and Google.

“We now offer the same type of targeting capability as the Facebooks of the world, but we do it with professionally-generated content, not user-generated content, which is particularly relevant right now after the Christchurch attack,” Eales claimed.

The comments come despite News Corp facing an investigation from the Australian Communications Media Authority (ACMA) looking into how Australian media coverage across all channels of the recent Christchurch attacks. It’s an investigation News Corp stated it will fully comply with, even as it criticised having “one set of rules for responsible media organisations and no rules at all for digital platforms”.

“Public scrutiny is bearing down on Facebook on what is appropriate content and what should they facilitate. There are many examples on a daily basis of hate speech and inappropriate content on social media, and ads run alongside this,” Eales continued. “This is the much more important social issue: How is it people can see the Christchurch video on social media and other platforms, and yet the ACMA inquiry is focused on free-to-air networks?

“Social media platforms are facing a reckoning because they can’t have it both ways. They can’t boast about technological capability to surface ads in precise locations in seconds, and yet say they can’t remove hate speech.”

ACMA’s opinion has also been backed by the Association of New Zealand Advertisers (ANZA) and the Commercial Communications Council, which said in a statement that while social media provides many community and social benefits, with that comes responsibility to effectively moderate content on their sites.

“The events in Christchurch raise the question, if the site owners can target consumers with advertising in microseconds, why can’t the same technology be applied to prevent this kind of content being streamed live?” the statement read. “ANZA and the Comms Council encourage all advertisers to recognise they have choice where their advertising dollars are spent, and carefully consider, with their agency partners, where their ads appear.

“We challenge Facebook and other platform owners to immediately take steps to effectively moderate hate content before another tragedy can be streamed online."

The associations are working with members on what more can be done by advertisers, agencies, platform owners and global partners to minimise the risk of this happening again.

Reorienting around the customer funnel

Eales said the latest commercial initiatives are also about ensuring data is applied in the context of a purchase funnel and commercial results are measured accordingly.

“The problem in some marketing these days, is a lot of ad dollars are pushed to the transaction end of that purchase funnel, and not enough money is spent so customers are aware of a product, service, problem, solution, or their options,” Eales said.

“We have been saying all week, we don’t start by searching for your brand or product, we end there. This is an important recognition of customer journeys. Customers are on multiple journeys simultaneously, discovering needs they never knew they had, and solutions they never considered. You’ve got to be part of those customer journeys to be successful.”

The data initiatives also enable News Corp’s marketers and customers to be more targeted, and more selective about who they talk to. However, Eales also pointed out consumers are now paying for digital content more than ever before, meaning their user experiences have to be enjoyable.

“Due to fake news, there has been a renaissance in trust for established media brands, so it’s important to provide a user experience they enjoy and not serve ads that are irrelevant or jarring,” he said.

“We have now partnered with third-party data providers to become more targeted through Skyscanner and Near. Near offers us amazing geo-targeting capabilities. Our clients can select their audiences, via 1600 customer segments and refine them further, then transact online and run a campaign.”

With the content customers engaging with becoming much more scientific, Eales said editors are also using customer data to determine what they should produce more of.

Other initiatives announced by News Corp this week include NewsCast, a portfolio of new podcast series devoted to sport, travel, food, fashion and true crime; as well as Code Block: the opportunity to secure category exclusivity across News Corp Publishing for its coverage of a chosen sports code including AFL, NRL, cricket, motorsport and racing.