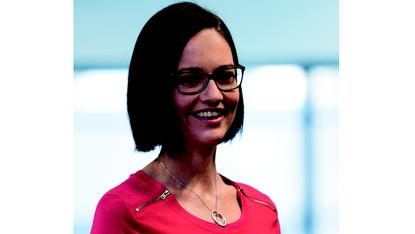 Tabcorp has removed the CMO position from its executive ranks and is expected to bring on dedicated heads of marketing across each of its three core business divisions following the acquisition of and merger with the Tatts Group business.

Tabcorp was given the green light for its $11 billion merger with ASX-listed Tatts Group in June last year, and completed the integration in December.

The consolidation has triggered a realignment of executive ranks that’s resulted in the departure of Tatts Group CMO, Megan Magill, this week; plus that of former Tabcorp CMO, Claire Murphy; and the centralised CMO role removed from the executive leadership team.

CMO understands the plan now is to have dedicated marketing leaders across Tabcorp’s three core operating units: Gaming services, wagering and media, and lotteries and Keno. Each of these units also has its own managing director. Two of these, Sue van der Merwe (lotteries and Keno) and Frank Makryllos (gaming services) were former operating chiefs within the Tatts Group.

Magill joined Tatts Group in 2013 as group brand and marketing strategist, working closely with the CEO to set brand vision, strategy, launch and rollout. The work earned her the newly created role of group chief marketing officer in 2015.

The remit was to lead a new centralised marketing function, heading up a team of 30 staff covering digital acquisition and optimisation, CRM and loyalty, design services and business unit brand marketing teams.

In a former interview with CMO, Magill said the transformative remit given to her by CEO, Robbie Cooke, saw her working closely both with Tatts Group’s CIO and CFO. Achievements during this time included refreshing and relaunching the Tatts Group corporate brand, overhauling the wagering unit brands to Ubet, its one multi-channel proposition, redesigning the Ubet retail customer experience, and developing umbrella brand, the Lott. On the B2B front, Magill developed and launched the B2B Gaming Solutions business unit brand, MAX.

“During my time working across the branding project and working closely with group units and marketing functions I identified gaps in digital marketing resource and customer data understanding and expertise,” Magill told CMO as she left the company this week. “So I developed and directly managed ongoing a group marketing team that has been a shared service resource for the Tatts Group.”

Magill also oversaw implementation, training and resourcing around martech in partnership with the CIO, and introduced an agile way of working to the marketing function, including with closely aligned agency partners.

Another major achievement was working with the newly formed Charitable Games COO to assist in the launch the business unit, George2, and develop the Play for Purpose Charity Lottery brand, product and customer experience recently launched to market.

“This has been an awesome project to work on and a great way to use the resource and expertise from within a gambling company to help charities supercharge their fundraising,” Magill said.

For Magill, people have been the most positive highlight during my time at Tatts Group. “I have worked with some amazingly talented, passionate and capable individuals who have truly inspired me and those around them as we have found new ways of working and better ways to market our businesses,” she said.

“As the CMO and leader in the business, I have set the targets and direction, placed the right people in the right roles then enabled them by cleared the path for them to be amazing. And the team here truly have been just that, which has been a great thing to be part of.”

Magill said she plans to take some time to work out her next professional opportunity.

Tatts Group’s CIO, Mandy Ross, has since been confirmed as the group CIO for the newly consolidated business. Former Tabcorp CIO, Kim Wenn, retired from the organisation late last year after a 14-year career with the gaming giant.