Predictive analytics for the masses gets closer with vendor investments

Analysts claim recent investments into Infer, Framed Data, Cognilytics and IBM Watson are all about making predictive analytics more accessible to marketers and across the enterprise 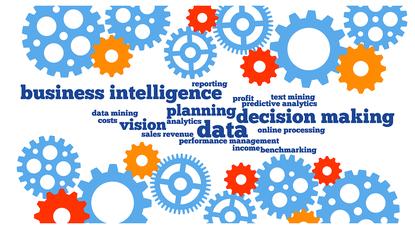 Predictive analytics for the masses came a step closer to reality last week as several technology vendors in the sector secured capital injections and commercial support to expand their products and operations.

US-based predictive applications vendor, Infer, secured US$25 million in a series B funding round led by inside investor, Redpoint Ventures. The latest investment brings the company’s total financing to $35m.

Infer said it will now accelerate plans to bring predictive analytics to all types of sales and marketing organisations.

The company, which was established in 2010, has a host of technology customers including AdRoll, Cloudera, New Relic, Optimizely and SurveyMonkey, and claims to have grown revenue bookings by 150 per cent quarter over quarter. Other investors include Andreessen Horowitz, Social + Capital Partnership and Nexus Venture Partners.

“Our predictive platform is helping enterprises achieve the same consumer-grade data intelligence as companies like Google and Amazon, and delivering big wins for our customers, such as 4X conversion rates and 3X deal sizes,” claimed Infer co-founder and CEO, Vik Singh.

Infer’s solution first identifies if someone is fit to buy a certain product using a range of external data points and signals, and also taps into intelligence from marketing automation and CRM systems. It then uses behavioural models to predict how likely that prospect is to make a purchase in the next 14 days.

In a blog post, the company said the capital will be used to build out its “prescriptive arm”, which aims to automatically convert predictive insights delivered through machine learning and data science into actions for businesses to use.

The company claims to have hundreds of companies using its predictive analytics engine. According to a story on Techcrunch, Framed Data doesn’t intend to compete with data analytics companies, but instead, runs their data through its machine learning models to generate predictions about user behaviour.

Its founder, Thomson Nguyen, said the product has been expanded from looking at users who are about to leave a brand, to now predicting users who are likely to upsell or pay for a premium service.

US-based big data and predictive analytics specialist, Cognilytics, was also in the news after being snapped up for an undisclosed sum by US telecom, CenturyLink. The 200-employee firm provides mid-size and large enterprises with big data deployment, management, advanced decision making, predictive analytics and data visualisation capabilities and is an SAP Hana partner.

CenturyLink CEO and president, Glen F Post, said the combination of its network, IT and big data services combined with Cognilytics’ decision sciences and advanced predictive analytics capabilities will enable business to improve their big data adoption and better monetise their data assets.

Ovum senior analyst for information management, Surya Mukherjee, told CMO that predictive analytics had always been an “arduous goal” for data analysts, and has failed to impact the entire enterprise so far because it has been kept in the hands of power users and analysts.

“It really surprises me, even after years in business intelligence, how little of predictive technology has actually flowed beyond data geeks and statistics majors,” he commented.

“Newer approaches to predictive focus on bringing predictive to the masses, and that is where I see a majority of capital injection coming from in this space. Predictive has to transcend its ivory towers and flow down to the business user to be widely adopted.”

Infer and Framed Data are both about solving specific predictive problems with automation, allowing marketers the opportunity to better utilise these analytics processes, Mukherjee said.

“Companies clearly want to predict customer response to direct marketing campaigns and be able to upsell or cross-sell a customer,” she said. “They also want to be able to stem customer attrition. The use cases for predictive analytics in sales and marketing are growing.”

Related: Why predictive analytics success comes down to trust

“Predictive analytics is also being offered more frequently in the cloud. New startups are leveraging the power of the cloud to offer specific kinds of solutions – such as in sales and marketing.”

Mukherjee agreed vendors now have a focus on greater automation for predictive tasks and improving user experience, and added there’s also an emphasis on integrating big and small data as well as achieving near-time analysis.

“We believe that true democratisation of predictive analytics will happen from both the demand and supply ends; meaning, on the one hand, that automation of predictive technologies will make it easier for a larger group of users to take advantage of predictive,” he said. “On the other hand, there will be an increase in the number of people with data analysis skills.”