Social media is becoming a key channel for marketers thanks to its wealth of paid, owned and earned opportunities. But according to the social media manager for MGM resorts, it wasn’t so long ago that social was the “red-headed stepchild” in the corner of the room that everyone pointed at as part of the family but treated separately.

Nick Mattera has overseen social media strategy for MGM Resorts internationally for the past two-and-a-half years.

The job encompasses paid social activity for resort brands in Las Vegas including the Bellagio, MGM Grand and Mandalay Bay, plus China and Macau, as well as operations and governance across its social presence and communications. 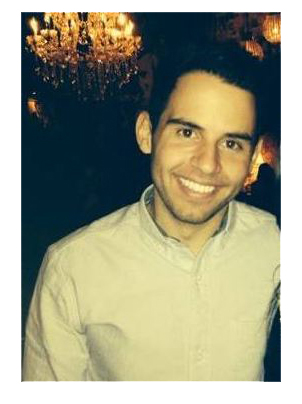 “Social media has suffered from the perception that marketers can’t hit the same goals and KPIs that you want to hit as a broader company,” Mattera told CMO during an interview at the recent Adobe Digital Marketing Summit.

“Everyone was pointing at social, saying ‘we need to be there and play in this space’. But when we asked for advertising dollars to invest in social, they told us you couldn’t make money in social media.”

Under Mattera’s direction, MGM has built a social strategy to align with the larger marketing and customer goals of the company.

“We are focused on revenue and have put programs in place over the last 12-18 months to really track that revenue, using Adobe Analytics [SiteCatalyst] and Adobe Social to track the path to conversion the consumer has,” he said.

“This allows us to see how many dollars we spent against the bottom revenue and make sure it backs out to those goals.”

MGM is also striving to deliver quality content that inspires people to come to its resorts, with the ultimate aim of driving profitable bookings and getting people to convert at the same expense-to-revenue goals set across other digital channels, Mattera said.

MGM’s paid social strategy is largely focused on new customer acquisition and driving hotel bookings, while its brand communication efforts have been about customer retention, support, experience and value.

Today, between 20 and 25 per cent of the total digital marketing budget is spent on social; a figure that has trebled in recent times thanks to the returns generated through social channels.

Mattera said MGM’s three main social media metrics are revenue, database growth and consumer engagement through content. While there has been substantial debate around the value of Facebook likes, Mattera also saw them as a reflection of significant MGM’s marketable, social media database.

The group has more than 1.2 million fans and followers across the brand portfolio.

“We want to grow the base of people we can talk to on a daily basis,” Mattera commented. “If you look at email, we can only communicate with those people so often, whereas with social media we can talk every day in theory if they are engaged with us.”

Another key metric for understanding the success of paid media activity is clickthrough rate. “To do this, we’re making sure we are putting out quality content that compels the consumer to click to our booking engine and improves our click-to-conversion rate,” Mattera added.

One of MGM’s big successes in recent times was its decision to invest in paid advertising on Facebook using the social networking giant’s custom audiences, Facebook Exchange and Facebook Offers. The objectives were to acquire customers, increase the average spend of those who were staying at the resorts, and build loyalty.

“We have a 30 million person email database, and we know consumers are shifting behaviour from email, search and display and spending the bulk of their time on social networks,” Mattera explained.

“We began appending our email database over to a Facebook, segmenting that data 100 different ways.

“If you live in Australia for example, you’ll get served a different piece of content because we’re going to segment you out in our Facebook custom audience database. If you’re living in southern California or an Mlife [loyalty program] member, you’ll get a different advertisement than if you live in New York and have an affinity to MGM Grand.

“We have been differentiating our marketing in social the same way as we would our email marketing. It has provided that customised experience for the consumer and in turn driven revenues.”

Facebook Exchange, meanwhile, allowed MGM to capture intent on social media for the first time and retarget consumers. “In real-time we can dynamically serve them an ad that help keep our brands top of mind, and that helps to get them to come back and book with us,” Mattera said. The product has delivered return on ad spends of between 10 and 15 times.

Unlike Facebook, however, consumers on Twitter don’t want to be interrupted with marketing messages, Mattera claimed, and MGM has looked to take more of a conversational approach.

“We initially tried to treat Twitter the same way we treated Facebook, which is a direct response marketing channel, and it just isn’t that,” he said.

“Now, we’re putting advertising out there and basing results more on engagement rates, clicking through to booking engines, and watching videos.

“It’s also very mobile – 70 per cent of consumers are accessing Twitter on a mobile device so the experience needs to be different.”

As MGM looks to continue building success through social, the choice of channels and activity will be determined by the consumer, Mattera said.

“Five years from now, are we going to be buying advertising from Facebook? It’s a question we all need to start asking ourselves today,” he said. “We’re starting to move into other channels and creating different experiences on Tumblr and Instagram, knowing that the consumer may be shifting where they’re going to be spending time, and that their brand expectations will change too.”

For this year at least, the group is investing more into rich content for Instagram, as well as weighing up paid advertising opportunities, Mattera said. Video and Pinterest content are also investment areas, and social as a customer experience and support touchpoint remains a major focus.

“It’s also about putting together reporting and analytics across the group so we can see how we measure up internally against the brands, as well as how we measure up to competitive brands,” Mattera continued.

“There is so much data coming from the social space. One of the prime examples of how we’re using that is our cross-channel branding initiatives in both the traditional and digital space. We want social to be an extension of that overall branding campaign.

“We track data back to other initiatives, such as running videos on YouTube or interstitials, but we’re also posting those pieces of content on Facebook to see what the consumer thinks... It’s a pressure test of how our branding campaign may perform in other channels.

“Brand sentiment is the other piece and we’re using Adobe Social to understand what that looks like.”

Mobile is another game changer for both marketers and social, and Mattera pointed to the rise of messaging systems such as Snapchat and WhatsApp as something he’s watching closely.

“The numbers of people sending messages on those networks is staggering, as is the time people are spending there,” he said. “Is it invasive for brands to jump in there and start participating? Perhaps it is. But Facebook’s recent acquisition and Snapchat’s growth numbers show it’s something we will need to watch.”

Whatever the social channel of the future, Mattera admitted marketers will continue to walk a fine line between value and privacy invasion on a daily basis.

“Things haven’t always been successful for us, but if you look at it holistically, we have had more success than failure,” he added. “That’s the great thing with social media – go out there and fail at times, but also have some great successes.

“The best thing we can do is try to understand what the consumer wants. Whether you come to Las Vegas or not, if we can serve you an ad or content that makes sense to you, that’s a good experience. Creating the positive experience is important for us.”