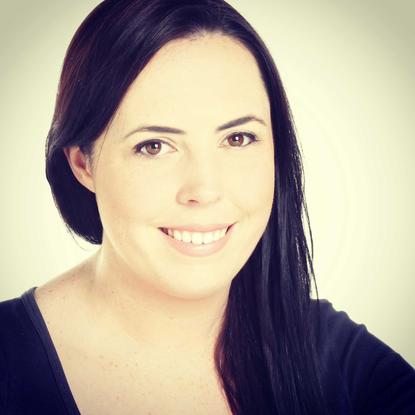 When he was in Australia, Harper Reed – the CTO for US President Barack Obama's re-election campaign – declared that 'big data' is BS. Helen Crossley, measurement and insights lead for Facebook Australia and NZ, may not use Reed's terminology, but the sentiments are much the same.

When it comes to big data, the technical problem of storing and retrieving large quantities of semi-structured data has largely been solved. What remains for marketers is finding the actionable insights that can lead to better outcomes for their businesses, by delivering truly data-driven marketing that draws on the multiple sources of information generated by consumers.

"There are so many people out there talking about big data who really are, to put it bluntly, just confusing people," Crossley says.

"A lot of marketers aren't really sure in this space – it's new territory for a lot of people and I think, as an industry and as thought-leaders in the industry, we need to be out there being clear, concise.

"Bringing best practices certainly, but bringing them in a way that's not about data – that's not about structured/unstructured, all of these types of issues... Bringing insights and intelligence to marketers that they can actually find actionable, rather than confusing."

It's no secret that the US leads when it comes data-driven marketing, but there are some great Australian examples of businesses dipping their toes in the water, if not jumping in wholesale.

Crossley cites Woolworths' decision in May to splash out $20 million for a 50 per cent stake in data analytics company Quantium as one example.

"[It] is a great example of a company that really didn't have the capability in house, realised the challenges that they were facing and went out and acquired that capability," she says.

If there was one thing that should be keeping CMOs up at night when it comes to data-driven marketing, it is that question of capability. "I'd be worrying about capability," Crossley admits.

The data revolution is driving rapid change to marketing organisations, with would-be marketers learning entirely new skillsets at university that are alien to many of today's marketing veterans.

Facebook itself is interested in bringing products to market that can help marketing chiefs add capability to their organsiations.

"One of the programs that we're going through at the moment is thinking about how we can get some of our great capability at Facebook out into more organisations," she adds.

One trend that Facebook is seeing is the sourcing of talent from industries outside of marketing, such as the recruitment of mathematicians and of data analysts from the financial sector, to plug the capability gap.

"If we think about the way that marketers used to operate, it used to be that when you were thinking about your consumer base you'd do a lot of work," Helen Crossley says.

"You would try to profile people; you would be doing a lot of clustering and segmentation work to really nail down 'who exactly is my target consumer?' But then the really unfortunate thing for people working in the data industry is that that information would get passed onto a media agency or a marketing team, and they wouldn't be able to find just those people.

"They would have to target shows that those people watched. But then there were a lot of people outside of that target who were also watching those shows... They had to buy across a number of shows to reach that full target and were ratcheting up frequency and increasing waste as they did so.

"The nice news for the data industry now is the promise of online, and the promise that online always had, is that, actually, you don't have to do that any more. If you know who your customer is and you know exactly who you are targeting – you can find those people online and you can find them on Facebook at scale.

"We've got more than 12 million people every single month [in Australia] on the platform and we know a lot of information about their interests – their age, gender, demographic information – so that people now can just target whoever it is that they want to without having to go through all that waste that used to happen.

"And as a data person myself, and someone who used to do that work on segmentation and clustering, it makes me happy that there is not all that waste going on in the market any more."

"I think that we're coming a long way particularly in the last year or so" in terms of looking beyond unvarnished Web clicks in order to determine marketing ROI, Crossley says.

In the early days of Internet marketing, clicks were a natural measure to use, she says, because they were free and easy to obtain, and they were easy to compare across websites.

However, in the last 12 months, discussion in the industry has undergone shifted towards more accurate ways of measuring campaign effectiveness. Facebook and others have worked to bring tools to the market that can deliver insights that correlate more closely to business success than clicks do.

"One example of that would be Online Campaign Ratings, which is a product that we developed with Nielsen," Crossley says.

"Rather than focussing on clicks it is able to give marketers an idea of the reach of their campaigns across a number of sites, whether or not those impressions were targeted accurately, as well as online GRP [Gross Rating Points], so they can start to compare that to their TV metrics."

However, some still fall into the trap of ditching clicks but in favour of other one-sided metrics, such as Facebook Likes. "Part of the reason is it's there in front of your face and it's easy; it's something they don't have to do extra work to get to," Crossley says.

"What we tell our clients and our agencies is Likes is something that gives you a tool to reach more people. So people are really saying that they're going to be an advocate of your brand, of your product. And that's a great thing to tap into when you are marketing, so you can use that social context to reach other people. But likes is not a business objective."

Larger businesses are getting more savvy with social, however. "It's certainly a conversation that we used to have a lot, [but] I'm finding more and more that I don't have to have that conversation with clients any more," Crossley says.

"We are moving towards a world where they come and say, 'Look this is our business objective – it's all about building brand awareness. How can you help us do that, measure it and build insight into that?' Rather than coming in and saying 'I want more Likes'."

Helen Crossley will be speaking at the Data Strategy Symposium in NSW in November.