Monash University and Emarsys research highlight both the booming ecommerce market, but also how much consumers still prefer in-store experiences 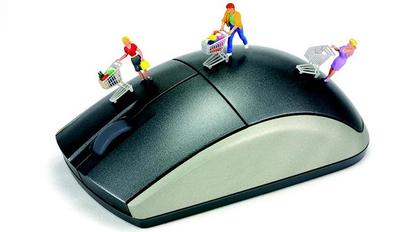 There’s no doubt Australians have been increasingly buying online during the pandemic. But new research from Monash University suggests it’s the traditional physical retailer that gained the biggest benefits.

New research from Monash Business School’s Australian Consumer and Retail Studies (ACRS) found 84 per cent of local consumers have purchased online over the past three months, with 37 per cent making at least weekly online purchases. Half of online shoppers reported making more online purchases since the beginning of the Covid-19 pandemic, compared to only 4 per cent who said they’d bought less.

According to Monash’s findings, clothing, footwear and accessory purchases dominated the purchase list, accounting for more than half of all online purchases (56 per cent). This was followed by groceries (41 per cent), household goods such as homewares and hardware (33 per cent) and personal care goods including cosmetics and baby care (32 per cent). Women were driving the clothing spend, while men were more focused on personal care goods.

Notably, as ecommerce boomed, Aussie shoppers turned to physical retailer websites to make the majority of their online purchases. Two-thirds (64 per cent) made a purchase from the websites of physical retailers in the past three months. These websites were also most frequently used for product information such as colour, size, measurements and features.

“Prior to the pandemic, there was a clear divide among shoppers over physical versus online shopping experiences, with over two-thirds [68 per cent] of Australian shoppers using physical stores as their main channel for non-grocery retail purchases, while just under one-third [32 per cent] used online methods,” ACRS principal research consultant, Stephanie Atto, commented.

As Covid-19 lockdowns and pandemic-related restrictions became the norm, 64 per cent of Australian shoppers shifted to using online as their main channel for non-grocery retail purchases.

The ACRS research is based on surveys of 1609 shoppers in Australia, 301 consumers in the UK and 306 in the US. The ACRS also conducted retailer interviews throughout September 2021.

This decided preference for in-store shopping remains was also highlighted in new research released this week from Emarsys. The tech vendor’s survey of 1500 A/NZ consumer found 55 per cent of post-pandemic shopper prefer in-store shopping over online.

The ACRS research also looked at shipping preferences across each region surveyed, noting Australian consumers opted more commonly for free over fast shipping (65 per cent). This preference for 3+ day options contrasted with 51 per cent of UK shoppers and 52 per cent of US shoppers, who more frequently sought same-day or express delivery.

Shopping for products that are locally produced is also important to Australian shoppers (65 per cent), significantly more so than to UK and US shoppers (58 per cent and 48 per cent, respectively). Yet all shoppers globally indicated seeking out sales and special deals is important to them now and in the future.

The Emarsys report also found the top turn offs when shopping online are failure of free returns (50 per cent), items becoming unavailable at checkout (45 per cent), poor customer service experience (41 per cent), inaccurate product images or not seeing the item shown (39 per cent), or a difficult or lengthy returns process (33 per cent).

The wish list of what consumers want from their retail experience meanwhile, includes greater loyalty benefits (51 per cent), more customisation of offers, promotions and marketing to their preferences (20 per cent), faster click-and-collect offerings (21.5 per cent) and having multiple click-and-collect options (18 per cent).

Last week, a new playbook released by Cartology also noted the rise of omnichannel shoppers and the balance brands now face in managing both online and in-store experience expectations. According to GlobalData findings, Australia's ecommerce market will grow by 13.4 per cent this year at least off the back of gains in 2020.