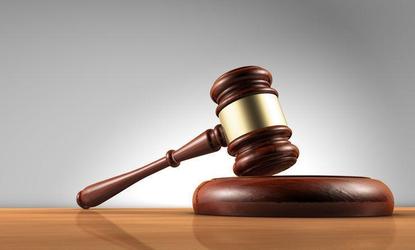 Australia’s controversial and internationally debated News Media Bargaining Code is a step closer to being enacted into legislation following the Senate’s decision to pass the bill.

The Senate’s final report was presented today following a recent inquiry and two hearings into the News Media and Digital Platforms Mandatory Bargaining Code Bill 2020. The bill was originally tabled by the Australian Competition and Consumer Commission (ACCC) in the House of Representatives in December and comes off the back of the initial ACCC Digital Platforms Inquiry into the impact of giants such as Google and Facebook on Australia’s media ecosystem.

The code would see both Google and Facebook required to pay news media organisations for showing organic search links and excerpts of content from their websites and be subject to mandatory arbitration if commercial deals cannot be reached. There are also provisions in the Bill around sharing algorithmic changes that potentially impact the way news media content is accessible and navigable through these platforms.

The bill in its current form has been labelled “unworkable” by Google and Facebook, with the former threatening to remove its search engine services from Australia and the latter warning it would stop Australian users from sharing news on Facebook and Instagram platforms if it was passed. But it’s been welcomed by news media providers and as of today, Australia’s senate.

The bill takes a distinctly different yet relatable approach to other inquiries and efforts to respond to the dominant power digital players have in media ecosystems globally. These are referred to in the original Bill and Senate Report and include the European Union Directive on Copyright in the Digital Single Market and the resulting agreement between France and Google and Facebook in 2020.

In its statement, Australia’s Senate Committee outlined a number of the many submissions made in response to the ACCC’s proposal, noting both the number of organisations supporting the introduction of the bill, as well as those with concerns about its adoption and specific elements outlined. The latter were not restricted to the chief digital players, Google and Facebook, but also smaller media outlets across Australia concerned about the power it would give larger news media organisations if approved.

“Despite the concerns raised by various submitters and witnesses, the committee is confident that the bill will deliver on its intended outcomes,” the report stated. “Its provisions will provide the basis for a more equitable relationship between the media and Google/Facebook and, through this, help safeguard public interest journalism in Australia.

“Accordingly, the committee recommends that the bill be passed.”

However, the Senate Report agreed concerns not all risks may have been taken into account by the bill and supported a 12-month review to ensure further refinements both around the arbitration process as well as well as other key aspects of the code can be made if needed. To this end, it noted several supporters of the bill also recognised “further amendments were possible to improve the law” even as it acknowledged the thorough consultation process.

The Nine Network was quick to respond to report’s release, welcoming the Senate findings and commitment to the Bill.

“We welcome today’s Senate committee report which again highlights the need for action to level the playing field between Australian media and the global tech monopolies and ensure the ecosystem remains sustainable for those who create journalism,” a Nine spokesperson said.

“We want to thank the ACCC, the government and the Parliament who have all now examined the issues at play exhaustively. Now is the time for action and for the media code to be legislated.”

The bill has continued to gather international interest and support. In a blog post published this week, Microsoft president, Brad Smith, endorsed the Australian Government’s approach to force Google and Facebook to share revenue with media players and said Microsoft remained committed to local market representation of its rival Bing search offering.

“Google and Facebook have shown they are prepared to tamp down their services or pull out of a country entirely if legislatures force them to share more of their revenue with the press on terms they don’t like,” the blog post read. “This creates a new vulnerability for the world’s democracies, and it underscores the need for new competition rules in regard to opening up digital markets, something more governments are now considering.

“Many other factors have been at work and there is a pressing need for innovation across the news sector. But one thing is clear – the Internet and social media have not been kind to the free press.”

Meanwhile, Google has touted the benefits of its Google Showcase product in Australia, the offering it's positioning as an alternate to the Bill's news media payment scheme, which rolled out locally a week ago. The curated news offering sees participating publishers paid for content published via the Showcase vehicle and featured with clickthroughs to the publishers' site through a monthly fee.

Google said 450 publishers are participating so far across 12 countries so far including local players Crikey, The New Daily, The Canberra Times and The Conversation.