The coronavirus has changed everything about retail, but to thrive beyond this period brands need to unify both online and in-store retail 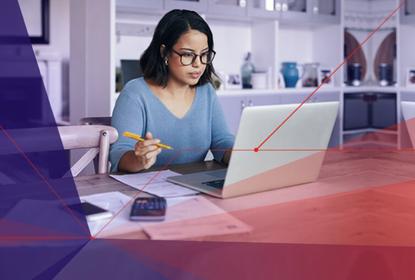 Consumer shopping habits formed in lockdown are here to stay, according to fresh research from Opinium Research, commissioned by payments platform, Adyen.

While COVID-19 has been a huge catalyst for change, it’s also solidified our preference for certain activities, including shopping in-store.

Australians have the strongest desire to shop in-store (72 per cent), compared to 62 per cent of Americans and 50 per cent of Brits. Nearly two-thirds (63 per cent) of Australians are also looking forward to shopping in-store for pleasure again, well ahead of the global average of 55 per cent.

The survey of more than 25,000 respondents, including more than 2000 Australian adults, provides a guide to help retail and hospitality businesses secure customer loyalty in an ever-changing market.

While COVID-19 has been a huge catalyst for change, it’s also reinforced to consumers their preference for in-store shopping. Adyen country manager A/NZ, Michel van Aalten, noted that despite the pandemic and lockdowns, Australians’ love for shopping has grown dramatically during 2020.

“Last year, research undertaken by 451 Research showed 50 per cent of Australians liked shopping in-store. To see that grow 22 per cent in one year and outstrip our international counterparts is a really positive indicator for Australia’s bricks and mortar retailers,” van Aalten said.

The shift online isn’t going away, however. The pandemic caused a mass migration to online channels, particularly as lockdowns swept across the country. And the appeal of online shopping is far-reaching, with 28 per cent of those who prefer to shop in-store acknowledging they will also shop online more.

Adyen’s research suggests that consumers have been won over by the channel’s convenience. More than a quarter (27 per cent) of Australians said they shopped more online during the pandemic than they did previously, although less than in US (36 per cent) and UK (33 per cent).

A third of Australians will also continue to shop online more than before, although there are age differences, with 46 per cent of 18-34 year olds planning to embrace this habit, compared to 38 per cent of 35-54 year olds, and 17 per cent of those aged 55 and older.

A key finding from the research is that Australians don’t tolerate bad experiences – 72 per cent won’t return to a retailer if they’ve had a bad experience, either in-store or online. But they do also reward those who help them out, particularly when times are tough. The vast majority (78 per cent) say they will continue to support the retailers they relied on during the pandemic.

And given the love for physical stores, it's also significant most prefer to shop with retailers located nearby because they want them to stay open (67 per cent).

Positive online shopping experiences are also growing. A quarter of Australian consumers are now less likely to shop in-store because of their positive online experience during the pandemic. This is stronger among female respondents (28 per cent) compared to males (22 per cent) and among younger shoppers aged 18-34 (41 per cent), compared to 35-54 year olds (29 per cent) or those aged 55+ (10 per cent). We now crave flexibility to shop when and where we want –70 per cent of Australians said they’d like retailers to remain online, even as they reopen stores.

The businesses that consistently performed the best throughout the coronavirus pandemic were those that combined their physical and digital worlds to create a fluid, channel-agnostic experience which prioritised the customer. Adyen data has revealed this ‘unified commerce’ to be critical in driving success throughout the pandemic, helping businesses stabilise sales by offsetting lost in-store transactions with an increase in ecommerce.

Retailers that want to capitalise on this newly-converted audience, need to focus on delivering seamless and secure online experiences, according to the Adyen research. It found many retailers have impressed consumers by adapting their operations and offering shoppers more flexibility across this period.

“Consumers want to see this agility continue and are looking for seamlessness between online and offline stores. Unified commerce will help retailers navigate this changing environment and excel in this next normal,” said van Aalten.