How Squarespace is building community in the face of COVID-19

Delaying its Australian launch when the coronavirus crisis hit, the website building platform is now making its local foray with an emphasis on supporting home-grown entrepreneurs 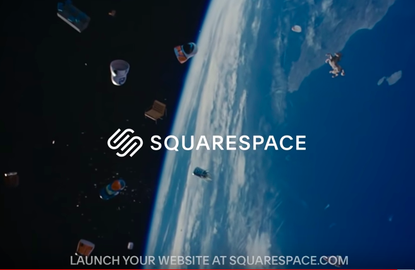 Squarespace has just launched its first major creative campaign in Australia, ‘Launch It’, aimed at encouraging people to take the next steps in making their dreams a reality and launch their business with the all-in-one website launching platform. Yet it hasn’t been the usual path to a launch.

The platform had all its creative and campaign milestones mapped out for the first part of the year when the pandemic hit. A full internal audit was needed to review all of its messaging in light of the scale and severity of the unfolding crisis.

“We have more than 600 pieces of creative, from talking points to campaigns, and we had to look at it all and see if it felt right,” Squarespace CMO, Kinjil Mathur, recently told CMO.

Suddenly encouraging would-be entrepreneurs to quit their jobs or escape the commute in favour of starting their own businesses didn’t seem like the right message in an economic downturn. “Because our marketing strategies are very customer centric, we only put things out that could be helpful and looked at everything we could do to support people, from putting everyone on higher plans for free, opening up gift card options, financial relief on payments and plans,” Mathur said.

Now after pressing the pause button on its campaign earlier in the year as a result of the upheaval and uncertainty when the coronavirus pandemic took hold, Squarespace feels the time is now right to bring its message out. The company had its sights set on Australia as a growth market with “creative, entrepreneurial and aesthetically driven businesses,” Mathur said.

“A lot of amazing businesses are coming out of Australia,” she said. “This was going to be the year that we wanted to do community building, to help a lot of the different kinds of artists, designers and entrepreneurs that we were seeing in Sydney and Melbourne."

Unfortunately, the horrendous bushfires at the start of the year and, shortly after this, the COVID-19 crisis, changed everything. Not wanting its big splash into a new market to be tone deaf, the company needed to pause launch plans and review and reconfigure in the climate of crisis that had quickly developed.

“We didn’t want a big brand campaign to feel insensitive to what the country was going through. We waited until we could speak in a purposeful and helpful way to Australians. It was the same with the US and the UK and our other big markets across the globe,” Mathur said.

Squarespace offers software-as-a-service for website building and hosting, allowing users to use pre-built website templates, use drag-and-drop elements to create and modify webpages and develop an ecommerce platform. Despite or because of the event of this year, whether it was side-hustles becoming full-time hustles, existing businesses needing to develop their online presence or new businesses being created, Squarespace saw a lot going on.

Mathur noted the Australian Securities and Investment Commission recorded more than 110,000 businesses registered between April and June this year, up 25 per cent on the same period in 2019.

“We watched what was going on for a few months and eventually realised that, firstly, new business growth wasn’t actually slowing down. There was actually a 25 per cent increase in new businesses being created and it was the same in the US and UK. And we found businesses were looking to diversify, pivot and get online in the face of the crisis,” she continued.

“The barrier to entry is much lower, nobody's judging the launch of a business in the same way they would pre-COVID. And so it feels like a safe space to launch. We were seeing it in the numbers and when we were talking to customers."

That provided the impetus for ‘Launch It’. "Our customers might need a little bit of push to help them understand that it's ok to launch it at the moment. It might feel weird, but some of the best business ideas come out of recessions and downturns and challenges,” Mathur said.

“So in the spirit of just launching it, it is to say ‘we have all the tools in the toolkit to help you’. But the best thing that Squarespace can do is build the anthem to help customers and entrepreneurs in the creative class around the world feel ok, that everyone's  in the same boat to go out and launch their business.”

The global campaign includes an aspirational long-form film and two ‘Launch Kit’, shorter videos which aim to cheer on those dusting off an old idea from years ago, finally pursuing their side hustle or passion project. The ‘Launch It’ film uses the metaphor of a space launch to bring to life the feeling of anticipation and excitement people feel before sharing a new project with the world. The ambition is to show the preparation going into the launch of each individual’s websites to inspire people to make a website worthy of their dreams.

The ‘Launch Kits’ shorter films showcase how virtually anyone, from skaters to culinaries who feature in the films, can launch their interesting idea with the help of Squarespace's various platform features, from emailing to campaigns and scheduling. The campaign videos will run in Australia, the US, UK, and Canada in broadcast, online, and out-of-home in selected cities.

The customer make the brand story

It’s a deliberate creative choice to put Squarespace customers, who are the creatives or entrepreneurs launching their businesses, as the face of their campaign and using their stories as the narrative for the campaign. Mathur explained that it’s always promoted its customers first and foremost.

“It is really hard to launch a business - it is mentally and physically exhausting. You also have a lot of imposter syndrome as you go into it. And people are fearful as they’re pressing that 'publish' button when they launch. The best way to be empathetic to that journey that entrepreneurs go through is to highlight people who have done it and hope that serves as an inspiration and a motivation to others.

“It's always been about being empathetic to the entrepreneur journey. We're trying to deliver marketing that has storytelling around what that journey looks like and how our tools can help through the pain points of it and be there with you every step along the way. The Squarespace the product has actually taken the backseat when it comes to storytelling, let our customers' journeys shine through.”

How the crisis will emphasise community

On the question of the wider effect of the pandemic on strategy, Mathur saw a shift to more intentional marketing as customers demand more from brands and organisations realise they need to become more empathic and inclusive.

“They’ll need to think about their social responsibility and where and what they put their marketing dollars into. What platforms are they supporting? What statements are they making? Who are they partnering with,” she said.

Mathur also predicted a renewed focus on the notion of the village and the emphasis on the localised and the neighbourhood because the crisis has kept people physically more constrained and brought their attention more to their local precinct.

“It’s people really feeling part of a pride in staying in their neighborhood and supporting the small businesses, it might be ordering food or tipping more, but doing it because you're just doing everything you can to keep the neighborhood alive and helping the people who make it unique and special,” she said.

“It’s almost become tribal, the community aspect, and it’s come out in interesting ways and at Squarespace the next phase for us is focusing on community building. You’re going to see more of that in our global approach."

Gone is the approach of coming to somewhere and just doing a big media play and trying to make some noise and get a lot of press, the CMO added.

“Instead, it’s genuinely caring about the people who make up the neighborhoods in the cities you’re in and that you care about and building community with them. It is something I look forward to infusing more into our marketing strategy in the future,” she said.