The lowdown on Publift's partnership with LiveRamp on cookieless authentication

As the deadline nears for the end of third-party cookies, the partnership offering smaller publishers addressable marketing is a sign of how the industry will adapt 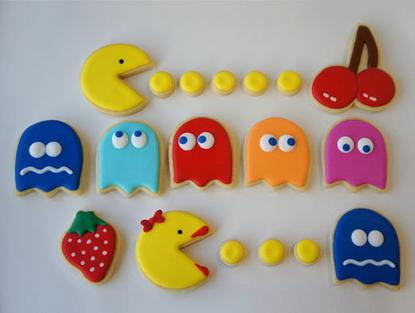 A new partnership between adtech outfit, Publift, and data connectivity platform, LiveRamp, offers cookieless authentication to local small and mid-sized publishers. It’s also part of the ongoing adjustments the industry is making with coming retirement of third-party cookies and a greater push for online user privacy.

“The privacy trend is really clear,” LiveRamp MD Asia Pacific, Frederic Jouve, told CMO. “Globally, there is a trend to having consent-based privacy - GDPR signalled that change in Europe, but that is expanding progressively internationally.

“The disappearance of cookies and also the changes with IDFA means a significant reduction in the revenue for publishers,” Jouve claimed.

“Marketers are looking for scale - it’s why the ad spend is concentrated on larger publishers. But for smaller publishers, it has been increasingly challenging to value their audience properly and to get their fair share of revenue. And so that's the capacity they get with this partnership."

As well as meeting the need for cookieless authentication, Jouve pitched the partnership as giving smaller publishers an opportunity to have the same capabilities at the larger publishers. “It's a real opportunity to level the playing field and prosper in the game,” he said.

“Typically, smaller publishers have less first-party data and less authentication than larger publishers. And today it is a challenge because marketers want to deliver a more impactful and a better experience, especially in an omni-channel world where the landscape is increasingly fragmented. ATS provides an addressable solution based on the consent of consumers and enables them to create a real trusting value exchange between the different players."

The value exchange is central to the new arrangement between users and publishers, doing away with opaque, invasive tracking from cookies to fingerprinting in place of a more transparent, reciprocal relationship. Jouve explained consumers increasingly want to control their preferences.

“They want to know why they share their data in exchange for and publishers have a need to reveal their direct relationship with consumers,” he said. “There is a real need for transparency and clarity on what the consumer gets and the consumers are getting educated. We might have enjoyed the free ride on the Web before, but we realise the real cost of that free ride. Today, there is a shift of mindset in consumers and also with publishers.”

When it comes to the COVID-19 pandemic, Jouve saw it accelerating underlying trends by three years and bringing forward a more consumer-centric approach to addressability and privacy. This is seeing LiveRamp positioning itself as a neutral player in the open Web.

“We believe in the open Internet and LiveRamp being a natural solution. Consumers should choose which brands and platforms they want to use. Brands should be free to use the publishers, the platforms and the technology that they want to use,” he said.

LiveRamp has been expanding its presence and has more than 25 publishers, 40 DSPs and 20 SSPs on-board.

With the imminent deprecation of third-party cookies, Publift said it tapped LiveRamp to provide its publishers with alternate solutions. With LiveRamp’s ATS, it can effectively help them unlock value from their inventory.

"This is the biggest thing to hit publishers in the last five to 10 years and it’s going to have the most impact because third-party technology has been around since the mid 90s. It's a legacy infrastructure,” Publift CEO, Colm Dolan told CMO.

Dolan said the LiveRamp integration will unlock publisher’s first-party data and addressable inventory across cookieless environments, like Safari and Firefox, with a sustainable adtech solution. “Small and medium-sized publishers play a vital role in delivering quality news and content to Australians,” he said.

However, many feel like they’re playing catch up with the big players and don’t have the same access to suitable resources for their business model and to keep up with the  changing privacy requirements and changing technology.

“Advertisers want to get the most value and the most return on investment for reaching a certain user, and third-party cookies have been a really big important part of that over the last 15 or more years. But with privacy requirements increasing and now especially with COVID, where revenue has been decimated for many publishers, but they have to keep bringing enough revenue for the business,” Dolan continued.

By leveraging these one-to-one linkages, small and medium-sized publishers increase their value to advertisers by eliminating the data loss that is endemic to cookie-based data syncs, while also treading into the territory of the walled gardens by providing deterministic audience targeting. With the implementation of ATS, this is executed in a privacy-first manner.