Decoding the themes of a post-COVID future 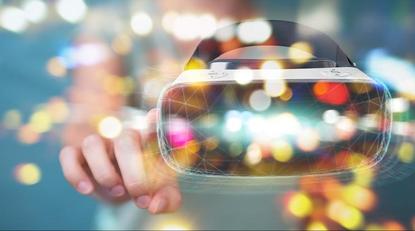 Two presentations during the Cannes Lion Live 2020 virtual event point to the power of creativity in navigating the new normal of the postcovid future.

In the near future, WGSN director of insight Andrea Bell pointed to the power of creativity and how brands need to help consumers who are navigating these uncertain, changeable times with less clutter and streamlined offerings.

Looking further ahead to 2030, futurist Tracey Follows argued we are undergoing a radical system change and says immersive media will dominate the new, emergent system and is the key to unlocking the human potential of postnormal times.

The 2020 consumer: Why creativity and harmony are key

For Bell, the coronavirus pandemic is shaping up to be the biggest global driver of change in most people's entire lifetime.

"It is already forging new consumer attitudes, with entire industries having to adapt to a new reality that demands flexibility, resilience and, above all, creativity,” she said. “In our current moment of turbulence, even as we rely on digital connectivity to survive, it's our need for human connection that will truly shape our lives."

However, prior to the COVID019 pandemic, WGSN identified fear as the biggest sentiment globally. This has only accelerated with the crisis.

“But fear is also being driven by another systematic shift and that's the ‘disinclination of society’," Bell said. “In uncertain times, people crave stability and a sense of routine, and yet society's just getting the opposite right now. Those same technological advancements offering record levels of convenience, same-day shipping, 24-hour food delivery, productivity, global workforces and the ability to work flexibly have resulted in a desynchronised society.”

Bell described a “desynchronised society” as one where people continue to do many of the same things, but no longer do them at the same time as others.

“The time to space paths of individuals are more variable and scattered,” she said.

“We're still working as much, or even more, than the standard nine to five, but it's not a typical nine to five work day - that's lost its dominance, particularly with COVID. With the loss of these daily interactions, communities are fracturing and coronavirus has removed the functionality of normality from cities.”

In understanding what this means for brands between now and 2022, Bell said it will be key to focus on decluttering ecommerce experiences and providing visual and choice simplicity, online and in-store, for consumers looking for peace and calm and to bolster themselves when facing the world.

“People don't want to be taken on a journey right now, they want time saved,” she said.

In her presentation, futurist Tracey Follows argued globalisation and digitisation have transformed the world as we know it.

“Until now, we've been trying to find that change and preserve the normality. But there's no escape. The system was once hierarchical, structured and centralised, and we were but cogs in a well-oiled machine. Now, it is an interconnected networked system, which is social, interdependent, decentralised and contains diverse points of view,” she said.

According to Follows, it's clear that to solve one problem, we now have a string of other problems, interdependent in numerous ways.

"Today the big problems are just like that: They are unsolvable. Worse still, we keep lying to ourselves about that fact," Follows said. "We're so desperate to get back to the familiarity of the normal - relax in the deliberately ordered, scheduled and planned world in which we once lived that we've even taken to deluding ourselves by calling it the 'new normal'. The Western world, in particular, can latch on to this moniker fast enough in the hopes it would force everyone else to see the change remain as just a blip, a small bump in the road.”

Yet the system has changed, and our assumptions and beliefs and behaviours have to change with it. Follows pointed out post-normal times are characterised by three things: Complexity, chaos and contradiction. She also claimed the most important, singular and significant change which took us from normal to postnormal, was the iPhone.

“It's become a tool for creating your own business, instant meetings with others using FaceTime, a wallet and bank, a health monitoring system tracker, an entertainment machine, that trip to the shops, even if that shop is halfway around the world, social scene, opinion plumber, a selfie generator, and so on," Follows said. "All our expectations and instructions are on-demand through that little screen.

"But the killer app is the camera. We’re scrolling, rolling personal perspective on life experiences, some real and some fake, others indistinguishable, constantly bombarding our senses.”

"We really need critical thinking to analyse and assess situations and really appreciate that richly complex dimension. But apparently, we're not in the mood for that," she said. "The contradiction here is that, in general, people want simple answers to complex issues - the bite size, short media hot takes and the on-demand opinion. But it discourages us from the awesome complexity and pushes us even further into the realm of high emotion.”

The futurist said a new approach to facing complexity and chaos is needed - and it revolves around creativity.

“Complexity cannot be managed, it can only be navigated. That means say goodbye to some old habits and hello to some new ones,” she continued. “We need to eradicate this obsession with problem solving. It's so definitive - it already suggests there is only one answer, which is actually hardly ever the case in postnormal times."

Follows believes that by 2030, we will replace problem solving with a kind of sense and respond approach, figuring out issues and finding ways to better understand them. “Instead of seeing issues in the short-term, we'll come to appreciate the context, because in a world of complexity and contradiction, context is everything,” she said.

“Planning will be superseded by preparing and anticipating for the different kinds of change, and rehearsing the resources that will be required as alternative situations might unfold.”

It will be media, not models, which will be the breakthrough needed to help navigate uncertainty and complexity, Follows predicted. She pointed to modelling by scientists and epidemiologists around the world for coronavirus.

“One model is based on an assumption, which may or may not turn out to be correct. The other is monitoring experiences. It's sensing and responding to feedback in real time,”  she said.

“By 2030, it will have become clear that, as immersive media overtakes communication media, and everything around us is needing context, a fully mediated world will have taken hold.”