Personalisation: Has it moved from convenience to creepy?

Marketing must calculate consumer value, not just company value in its metrics, but it requires an authentic approach to personalisation and the bravery to relinquish short-term sales hit, says this brand marketer 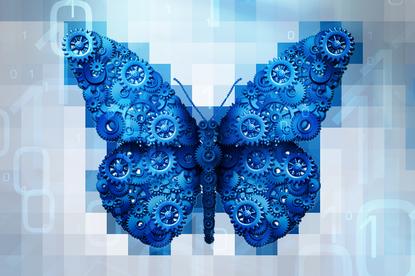 There's no doubt that over the last five years, we've gone from being able to use some information about customers, to an ability to deliver the right message to the right customer at the right time.

Yet for Genesys senior vice-president brand marketing and communications, Keith Pearce, sometimes personalisation, and the tracking required, has been done with the wrong objectives.

“I think the rush to do that has created some situations marketers need to recover from, in terms of how that's been perceived by consumers."

The ‘consumer perception’ Pearce is referring to is the realisation of online tracking. “How people have gone from ‘it's really convenient that Amazon knows my shopping preferences’ to ‘it's really creepy and scary’ that everything I've ever put in my life into a digital format is now accessible to any company that's willing to pay for it,” he said.

“It’s everything, from Cambridge Analytica, to visiting a website and being bombarded with its ads for two weeks. Consumers are attuned to that now. And it's a problem.”

If people start to retract from social media platforms in droves, for example, one of the consequences is that it becomes a problem for digital marketing, Pearce said. He saw governments stepping in, here in Australia and elsewhere around the world, proposing tougher privacy laws and investigating the ad practices and dominance of digital platforms in an attempt to pull back the balance between data privacy and commercial interests.

Another phenomenon observed by Pearce is consumers looking more outside the walled gardens of social media platforms for their research and reviews because once they do this through social media “they know what’s coming” in terms of being inundated with ads following them around the web afterwards.

Reflecting on whether there’s a fundamental incompatibility between personal data privacy and convenience and personalised marketing, Pearce explained it’s about having the right purpose.

Pearce saw the smart marketers looking at the long-term play. "This is about putting more chips in a customer bucket that will pay returns if I don't try to exploit the short-term opportunity of converting an offer or converting a sale,”  he said.

“In other words, how does that martech stack become harnessed to deliver a great experience, which may mean, not counting a conversion as success. It’s counting giving valuable information that might help the customer in their research or on their journey or so forth. And I'm going to be rewarded in the long-term for that.”

In addition, Pearce cited a wider narrative happening, much bigger than just in the c-suite, which is leading to a rethink about the actual purpose of a company. This in turn, is triggering a re-examining of marketing’s role and a shifting in emphasis towards providing good for the customer, not just the company.

“It goes to the question of whether it is all about shareholder value or about stakeholder value. A lot of companies exist to create wealth for few. Do they also exist to do good? And do they reinvest in communities, for instance. I think that discussion is in play right now,” he said.

“It's at the heart of what many tech business leaders are looking at. The Jeff Bezos announcement about giving his wealth to climate change. Warren Buffett, Bill and Melinda Gates, they don't want to give money to heirs, they want to give money to solving big world global crises. And, not to go too far afield, but being in this short-term mentality is eroding value for companies.

"So I think ultimately the CMO is going to be measured on experiences and not just offer conversion and pipeline and things like that.”

Companies are also responding to the big macro shifts, like climate change, but also demographic shifts, such as millennials becoming a buying factor and a buying force, Pearce said. He expected millennials to shake things up in the consumer landscape because their drivers are not the traditional consumer, pure consumption lifestyle.

“For many of them, it’s what the value is. What do you stand for? What's your purpose? I think the next wave of consumer marketers are going to have to pay attention to this and I think they would be wise to play the long game with that,” he continued.

“There'll be a certain segment that is always value-driven. And certainly the martech stack plays a key role in that. But I really think the companies that can articulate their purpose and why they exist and use their martech  to deliver value and information to people that doesn't necessarily have a short-term gain associated with it - I think those companies will be rewarded.”

Through all of this, the centrality of technology to the marketer’s playbook is almost redefining the role. The availability of cloud and artificial intelligence (AI) solutions, the ease and speed of deploying them, and the rapid changeover in technology, Pearce said, has seen tech shift from just being with the CTO or the CIO, to sitting more and more with the CMO.

“The CMO has almost become a CMTO because of how important the acquisition of technology is,” he said.

“All the smart tech tools that are effective, they can be turned on, in hours and not months or years, which is what it was when it was the CIO’s problem or the CTO’s problem. When the CMO can go and acquire a cloud-based solution and put it into market as quickly as they can today, it’s the driver in enabling this shift from CMO to CMTO."

Putting the emphasis on service

Yet while technology can facilitate great experiences for customers, it’s not the key driver. The focus on great customer experiences, which are centred around a single attribute, is the key to the Geneys approach.

“If empathy was an element across the whole experience, remembering who you are, providing valuable information when you needed it, feeling heard. Empathy is the common thread across all of it.”

It’s not just window dressing on personalisation, according to Pearce. Rather, it’s a way to make personalisation real. And, returning to his earlier point about the tyranny of short-termism, he told CMO that despite 20 years of personalisation, the element of empathy is missing.

“But I think in the service experience, and in the customer experience, we've forgotten empathy with people because we were too focused on our short-term metric or our short-term conversion. Empathy and service as an experience is a way to scale personalisation,” he added.