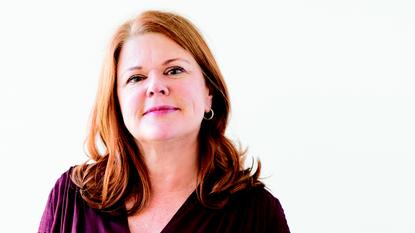 Former UBank CMO, Jo Kelly, has re-emerged as the new chief customer officer at Good2Give, a fintech operating in the social enterprise space.

The newly created role sees Kelly overseeing marketing, sales and customer experience, indirectly replacing both a head of charity and client relations as well as head of marketing and communications role. She told CMO the position comes with a very clear focus on the customer and reports directly to the CEO.

“I was attracted to this role because I was looking for something purposeful and I was really inspired with Good2Give’s focus on creating a more giving Australia,” Kelly said. “ I also wanted to work for a fintech and Good2Give has developed an impressive tech platform that not only facilitates charitable giving, but also sees the business able to set up trusts, grants, charity partnerships and workplace giving programs.”

Kelly has been consulting into the fintech since May and assumed the full-time position this month.

“There’s so much opportunity in this role,” she continued. “We currently work with 20 per cent of ASX-listed companies with workplace giving and we’d love to significantly increase this number over the next few years.”

The big ambition is to get more money out to people in need. To do this, Good2Give is not only working directly with clients, but also plans to build tech partnerships to make this happen.

According to its annual report, Good2Give has facilitated more than $200 million in donations since being established in 2001, working with 8000 Australian and international communities. In the last year, it delivered $19.9m to the charitable sector. The big vision is to get to $300 million by 2022.

Among recent initiatives was a trial of Giving Circles at Work with Westpac Group, aimed at helping employees give to a chosen charity or cause they want to support. The partnership was funded by the Australian Department of Social Services and supported by the Prime Minister’s Community Business Partnership

Kelly comes to the role with a wealth of marketing and financial services experience. Most recently, she spent nearly four years as chief marketing officer at Ubank, the upstart digital disruptor launched by National Australia Bank. She left the company following a restructure.