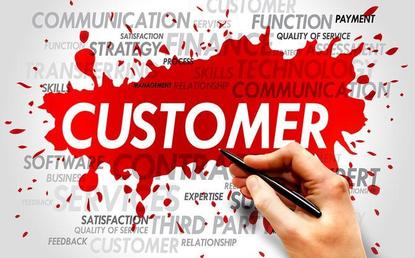 Young people in Australia want to connect with brands the way they do people – face to face, according to new research.

Young Blood: The New Australia, undertaken by brand experience agency Amplify, also reports young people are taking on the fight for a more socially conscious and responsible Australia and if brands want to connect with this demographic, they will need to offer good experiences.

Exploring the question ‘Who are we?’ from the point of view of 18-30-year-old Australians, Amplify spoke to over 2000 individuals and took a look at the mainstream values, attitudes and behaviours of a cross section of Aussie youth, spanning ages, genders, cities, regions and socio-economic groups.

Amplify brand director, Krupali Cescau, told CMO this national study has given it unique insight into what young Aussies want, and in turn what marketers need to know to effectively communicate to them.

“We need to be wary of using insight from other Western countries or merely rolling out strategy that has been successful in other regions to connect with this savvy, woke and multi-faceted group,” she said. “Now, more than ever, young Aussies are driven by a need for human connection through physical experiences. Only 20 per cent think celebrity endorsement is important and only 30 per cent care about seeing a brand on social media, but we found that after price and quality, nearly 70 per cent think the biggest influence on purchase is experiencing a product or brand before they buy.

“This is a clear signal to marketers that young people want to connect with brands in the same way as they do people; face to face, IRL [in real life], product in hand."

Noting assumptions don’t always align with truth, Amplify originally launched Young Blood in the UK in 2016. With the Young Blood: The New Australia research, the group explored the stereotypes young Australians are saddled with and contrasted them with the realities they express.

“Insight from other countries cannot and should not be used to predict their values, attitudes and behaviours and so we are so excited about collaborating with brands to give them the tools they need to authentically and accurately reach the audiences they need to get to,” he commented.

Related: In depth: The art of dealing with Generation Z

Report: GenZ are increasingly seeking ‘clicks to bricks’ and trading privacy for personalisation

The research also found six in 10 believe their generation values individualism more than any other have, and seven in 10 believe they are the generation that has to take responsibility for forcing environmental change. Four in 10 feel guilty about buying things they need, and 42 per cent are fearful of their future financial position. Fewer than 10 per cent worry about immigration, 43 per cent feel powerless to change policies they disagree with and 56 per cent would buy healthier and responsibly sourced food if it was cheaper