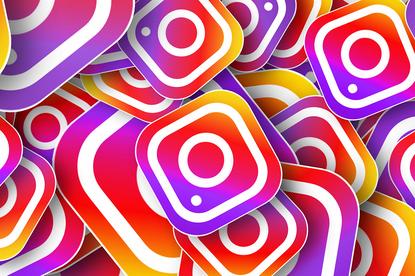 Instagram is trialling the removal of ‘likes’ tallies from photos and videos in Australian consumer feeds, a move it says is about turning the tables on the way people engage with the social platform.

The Facebook-owned group confirmed it’s started a test in Australia removing the total number of likes on photos and video views in feed, permalink pages and profiles. The test is being pitched as a way of encouraging users and followers to focus on the content of what they share, not on likes. It comes off the back of a similar trial conducted in Canada from May.

It’s also a move coming off a tide of industry debate on the pressure securing likes has placed on consumers, and at a more macro level, its detrimental impact on culture and society.

Individual users will still be able to access their own like counts through private settings, but will not be able to see how many likes other posts have received. In a statement, Facebook said the test has no bearing on measurement tools available to businesses and creators, such as Insights or Ad Manager, which will remain in place.

“We want Instagram to be a place where people feel comfortable expressing themselves,” said Facebook director of policy for A/NZ, Mia Garlick. “We hope this test will remove the pressure of how many likes a post will receive, so you can focus on sharing the things you love.

“We are now rolling the test out to Australia so we can learn more about how this can benefit people’s experiences on Instagram, and whether this change can help people focus less on likes and more on telling their story.”

The ‘like’ button was introduced on Facebook back in 2009, and quickly spread across other social media platforms. Since then, it’s become everything from a status symbol to a direct measure on the success and failure of individuals, ideas, brands, campaigns and more.

Instagram’s decision to lose the like was welcomed by Ogilvy head of digital, Jason Davey, as a step in the right direction towards tackling user wellbeing by emphasising content quality and removing the fear of self-expression for individuals and brands. He also believed removing visible like counts would like lesson the “herd mentality” driving content engagement.

“It remains unclear whether the algorithm that determines which content appears in your feed will remain unchanged, but I’m sure Like counts factor into that,” he told CMO.

Yet even as success for Instagram will come in the form of more posts and content volumes, and possibly a shift towards more people using stories where they can measure impressions, Davey countered that by suggesting organic posts will now visually appear a lot like sponsored posts.

“I expect the trial to have some interesting side-effects,” he continued. “Emphasis will now move towards measuring comments; comment counting and sentiment analysis, and possibly authors sharing the number of likes on their post via the comments. #Hashtags will become more important [again] as content authors seek to understand the viral effect of their posts.”

What’s more, Davey suggested further influencer fraud could occur via the inability to verify Like volumes.

“Influencers will now need to genuinely prove their audience engagement, and bot-based likes will no longer be rewarded,” he said. As a result, he predicted brands demand an independent verification of influencers engagement levels, which may create a business opportunity.”

“There is less ability to measure effectiveness of third-party effectiveness and virality of content created by brands,” Davey added.

Switched On social and creative director, Yash Murthy, tempered his initially positive response to the news, noting it’s only through the trial that we’ll really know how the online community responds to the decision. It’s also unclear what the measure of success is.

“If it's about enabling a free, creative environment, the proof will be in our feeds,” he said. “Creators can stop chasing likes and focus on making the best, most original content they can. Instagram stories as a format has already proved that people are open to interacting and creating in a publicly ‘likeless’ environment.

“Looking at studies around social audiences, creators and their behaviours, I think removing this very public signifier of worth, status and influence could potentially be helpful to the many members of the community who struggle with the anxiety and other associated mental health issues attributed to social media's pervasive influence.

“If the motivations are less altruistic than stated, then it comes down to one thing: Revenue. If, as many suggest, this change leads to a pivot towards bigger brands, creators and influencers, it's easy to see the winners here to be Facebook shareholders.”

Equally, Digivizer CEO, Emma Lo Russo, saw the real question being how this move will change the behaviour of people.

"Most individuals choose to follow people they know or people who inspire them. They follow the activities of friends, and can connect through tags and usernames. They will still find those they wish to follow, and can evaluate their popularity through their follower count," she commented.

"If a friend likes a post in their feed, you can still see all those who also liked it and all comment counts and comments.  So usage and user behaviour is either likely to increase - people will want to follow others to understand what content they like - or is unlikely to change at all."

CEO and co-founder of Australian influencer marketing provider, Hypetap, Detch Singh, saw Instagram's decision to hide likes as a positive move for the influencer marketing industry. The greatest commercial impact of the removal of likes is on influencer providers that are still manually using public data for their identification and appraisal processes, he said.

"With the prior test in Canada, our view was that this was inevitable. It was driven by a need to address the anxiety and stress that stems from being judged and valued through the currency of engagement," he said. “We agree the mental health and wellbeing of creators is a priority above the needs of those using publicly available data for business purposes, and should always come first. Creators and those who have access to their data will still be able to see likes as it serves a valuable measure in gauging content resonance with their audiences.

"We will continue to use this data to select influencers, as well as to understand how well collaborations are playing out. If anything we will be showing brands more data than ever before over the coming months."

Murthy, meanwhile, saw the hardest hit as those operating at a micro-influencer level.

“Professional influencers, with media kits and the back end access to the reach and engagement metrics marketers value, will have a much stronger platform with which to market themselves - especially if armed with a clear and unique creative vision to back it up,” he commented. “Brands will need to evaluate their activity differently [if they haven't already] - looking beyond the 'like' to measures like reach and, wait for it, creative excellence. “

Ultimately, the brands that will succeed from an ongoing owned and earned perspective will be the ones able to think and operate in an integrated fashion at the confluence of creativity, media, data and influence, Murthy said.

“Personally, I think it's a great opportunity for brand and creator alike, it's just whether it ends up servicing the community as intended,” he added.

Lo Russo noted an impact on those who are running 'influencer' surfacing platforms, and payment based on unchecked engagement performance.

"We see way too many ‘Like’ bots in Instagram - that can make content appear to be much more successful than the reality," she said. "This move helps clean this up - it has zero external measurable impact and forces everyone to evaluate on the quality of the content, and their ability to genuinely see engagement by first following them.

“Either way, marketers want to know how their investment in owned, earned and paid media is working. Savvy digital marketers will invest in the channels that deliver, and which they can measure. All platforms provide more data when you pay to reach an audience and this move brings Instagram into that position.

“As always, the key is measurement: what works, what doesn’t, in which channels, and why. And this remains possible under these changes."

In an interview with VICE in 2017, the lady credited with the like button’s creation, Leah Pearlman, admitted she herself became addicted to building likes on her posts, craving the thumbs up as a statement of recognition and worth. Eight years later, when Facebook changed its newsfeed algorithms, shaking up content distribution, she even started buying ads to gain likes for her own posts, a move she described as both shameful and anxiety ridden.

By 2018, the tables had started turning on social platforms inciting a dominant and increasingly negative influence on individual and group behaviour, from inciting racial bias and creating echo chambers fostering extreme views, to the proliferation of fake news and political sabotage.

In response, 18 months ago, Facebook founder, Mark Zuckerberg, stated the company’s intention to bring back community and more meaningful interaction to social, a decision that involved boosting comments over likes, along with friends and family content over brands and publishers individuals were following.

And now likes are up for the chop. In an interview with CBS in June, Instagram’s chief and former Facebook newsfeed manager, Adam Mosseri, said experimentation with hiding the concept of ‘likes’ was about rethinking the whole experience and putting ‘wellbeing’ at the top of the priority list. He acknowledged such a move could be detrimental to Instagram.

“We don’t want Instagram to be such a competition. We want it to be a place where people spend more of their energy connecting with the people that they love and the things that they care about,” Mosseri told the media outlet.

Facebook isn’t the only group to be considering the wider ramifications of likes and follower tallies either. Last year, Twitter CEO, Jack Dorsey, told the panel of a US House Energy and Commerce Committee questions had been raised internally on whether the number of followers was the right incentive for its users.

“Is the number of followers you have really a proxy for how much you contribute to Twitter and this digital public square?”he asked.

In this vein, HubSpot director of APAC, James Gilbert, welcomed Instagram's trial and looked forward to greater value being placed on followers and comments.

" It’s never been more important to make use of key engagement tactics. Hope marketing [trying random efforts on social media and hoping they’ll work] is a thing of the past, and Instagram’s trial is much welcome," he said. "As we move into a social media era whereby visible comments will reign supreme, the responsibility is now on brands to ensure they are building an authentic connection with their audience by reevaluating their Instagram strategy."