Latest projections see Internet ad spend slowing from 17 per cent in 2018 to 9 per cent globally, and to just 3 per cent in Australia 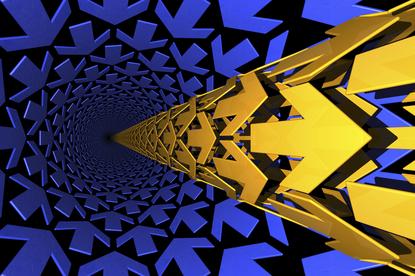 Internet advertising growth is waning and expected to slow even further as take-up matures in the next three years. And Australia’s predictions are looking even worse than those globally.

According to the latest Zenith Advertising Expenditure Forecasts, annual Internet ad spend grew 17 per cent worldwide in 2018, but is now forecast to grow just 12 per cent this year based on first-half results. By 2021, the agency is predicting ad spend will fall to 9 per cent year-on-year, even as Internet advertising reaches 52 per cent of global advertising expenditure by then.

Australia’s figures were even softer. Internet market growth grew 12 per cent in 2018, but is on track for 7 per cent this year, a result Zenith partly attributed to a turbulent economic environment. By 2021, the agency predicts this will have fallen to 3 per cent.

Yet Australia is also ahead of the digital ad curve globally, with digital ad spend achieving 50 per cent in 2017. In contrast, global Internet advertising currently sits at 47 per cent of total ad spend.

According to Zenith, much of the growth in Internet ad spend is coming from smaller, local businesses choosing digital goliaths, Google and Facebook, and their self-serving platforms. It’s a reality suggesting several even tougher years are ahead for media agencies and publishers.  Zenith also said these smaller advertisers are skewing the overall picture of Internet ad spend health by spending all their budgets online.

In contrast, the majority of bigger brands are still spending more budget on traditional media channels.

The figures for traditional media, however, remain bleak. Zenith noted ad revenue peak for printed newspapers and magazines was US$164 billion in 2007 globally, and will total just $70bn this year. There’s also now shrinkage in broadcast TV, and forecast traditional television ad revenues to shrink every year from now until 2021, albeit from US$184bn in 2018 to US$180bn in 2021.

The bright sparks in the traditional mix are radio, which is seeing ad revenue increase by 1 per cent annual, plus out-of-home, which is utilising digital display capabilities to lift annual growth by 4 per cent. While cinema is a much smaller part of the picture, it’s also seeing increases  of 12 per cent year-on-year.

Overall, Zenith forecast global ad spend to lift by 4.6 per cent this year, reaching US$639 billion, down slightly from its 4.7 per cent prediction in March. Almost half this growth is expected to come from the US, with China not far behind, followed by the UK, India and Indonesia. This compares to nominal GDP growth expectations of 4.8 per cent in 2019.

Closer to home, Zenith pitches Australian ad spend to grow at 3 per cent this year overall, reaching $17.2 billion. Finalised growth in 2018 was 6 per cent, up from the agency’s last estimate of 3.2 per cent. By 2021, Australia’s digital ad spend is expected to represent 60 per cent of total ad revenues. Australia is ninth in Zenith’s top 10 ad markets list this year and expected to remain in this position through to 2021.

“The original catalyst for digital spend growth was the transition of print classifieds into online,” said Zenith head of investment in Sydney, Elizabeth Baker. “Today, the fastest growing channel is video, which now represents 8 per cent of the total ad market.

“The mobile platform is also a growing category and now accounts for one-quarter of all advertising spend. We anticipate this will only increase with the launch of 5G in Australia sometime later this year.”

In terms of types of spend, total display continues to lead the pack globally, with paid search the second-largest sub-category. Both are expected to continue on a similar trajectory over the next three years. According to the figures, online video and social video are the driving forces and are expected to grow at average rates of 18 per cent and 7 per cent a year, respectively, between 2018 and 2021.