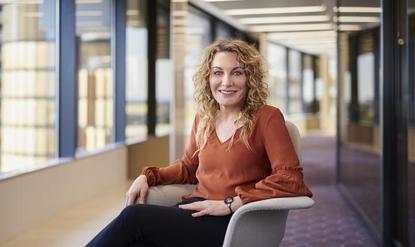 Jenny Williams has confirmed she's leaving Compare the Market after a little less than 18 months in the CMO role, due to family reasons.

Williams joined Compare the Market in January last year following two years in the CMO role for HCF, during which she featured on the 2016 CMO50 list. She also runs her own customer experience agency, Ideagarden.

The leading comparison service confirmed to CMO Williams has resigned as chief marketing officer, effective 10 May, 2019.

"Compare the Market wishes Jenny all the best in her next chapter. Expressions of interest for the chief marketing officer role are currently being accepted," a spokesperson said.

Williams was responsible for all top of funnel activities, including advertising, media, digital advertising, SEO, content, social as well as in-house production and media buying, app development and communications strategy for Compare the Market.

It is unclear when Compare the Market (CTM) will re-fill the role at this stage.

Williams told CMO she needed to move back to Sydney (from Brisbane) for family reasons.

“I loved my time at CTM, it’s a great brand and a really talented team but family calls and they come first," she said.

"I will look for CMO or potentially board opportunities when I get back, however, in the interim, I’m focusing on Ideagarden, the digital/marketing strategy consulting firm I’ve run on and off for many years."

Williams said she's also completing the last stage of certification as an SIY instructor (Googles Search Inside Yourself mindfulness for corporates), which she began a couple of years ago as a side project.