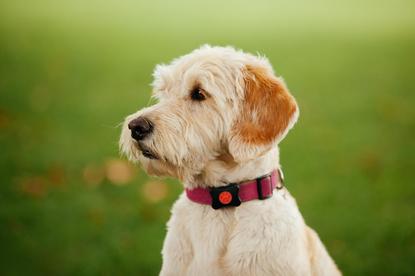 It should be no surprise that Anneke van den Broek would run a pet care company someday. At the age of eight, she had made her first foray into the industry by breeding mice and selling them to the local pet store.

“I decided there was a gap in the market and my mice were prettier than the ones they sold,” van den Broek told CMO. “Even as a young girl, I had the vision of running my own business one day. And I was quite inspired by looking in even glossy magazines at other people and entrepreneurs that had done that. So it was always in my head.”

It would be more than two decades, however, before van den Broek would pursue her entrepreneurial vision professionally. Having completed a degree in fashion design and then an MBA, her career took her through marketing roles at David Jones, Blackmores and Bonds before her desire to focus more time on her family led her to want to step out of executive life.

In 2007, van den Broek decided it was time to return to her entrepreneurial vision. This time the gap she spotted was in cross-category pet care products. It turns out she was well qualified.

“The trend in the marketplace was people humanising their pets, and I knew that very well - I’ve owned over 40 pets in my life,” she says.

The goal was to create a brand that leveraged both masculine and feminine cues, and which would resonate well with pet owners while also not sounding like a children’s clothing brand. The eventual choice focused on two words that reflect relatively common names for pets, and hence Rufus & Coco was born.

“While it does seem obvious now, it did take copious amounts of red wine and lots of conversations with clever friends around my dining table,” van den Broek says. “Plus lots of checking of the IP register to see if the names we were brainstorming had been taken.”

She also engaged in extensive research – much of it by engaging with pet owners and pet store proprietors. Her ambition was to create a brand that looked and felt different to competitors by connecting with pet owners at an emotional level, as opposed to much of the existing market which was comprised of products with highly-functional branding.

“Looking at the pet category, I felt that it hadn’t had the marketing nous applied to it that baby food and other types of consumer goods had,” van den Broek says. “So it did pose us with a fantastic opportunity to fill that branded space and still be accessible across the market.

“Having been in marketing for most of my career, I put together a branding document that articulated what the vision was, what the mission was, what our values would be, and what our positioning statement and the personality of the brand was.”

Strong colours were chosen for packaging, along with memorable product names such as ‘Flea Flee’ for its flea treatment shampoo and ‘testimonials’ from pets written on the back of the packaging. Van den Broek says the attention paid to packaging and branding has been critical to driving sales through bricks and mortar retail.

“I’ve spent many hours looking at consumers in supermarkets,” she continues. “You can see them smiling at the expression of the product on the back of the pack. This is where you get the emotional engagement going with the product in an environment here you can’t actually talk to that person yourself.”

Twelve years later Rufus & Co has grown to be stocked at supermarkets including Coles, Woolworths and IGA as well as online, selling 2.5 products per minute across nine countries. It also recently launched its first bricks-and-mortar venture, dubbed The Fur Salon, in Mosman, Sydney, which operates as a luxury pet grooming salon with an attached retail. The company has also been a finalist in the Telstra Business Awards and the Premier’s NSW Export Awards and winning the Best New Product and Best Innovation awards at the 2012 Australian Business Awards.

“I want to hear what’s wrong,” van den Broek says. “Usually people who are complaining are people who love you, because they have taken the time to pick up the phone. We get a lot of good ideas from talking to customers. That is where a lot of our product development ideas have come from.”