Driving growth in the motors sector 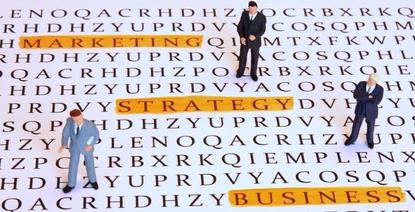 With lofty ambitions to be the number one motors marketplace in Australia, Gumtree is relying on its ‘test and learn’ mentality to marketing to be a big advantage.

Established in 2000 in the UK, Gumtree is now Australia’s biggest marketplace, with more than 2.5 million listings across hundreds of categories, with 85,000 new ads being posted each day, and seven million visitors every single month. The site is owned by eBay.

Not content with this, however, Gumtree has embarked on a marketing campaign to drive growth in its motors sector. Already claiming to be the number one marketplace for privately listed cars, Gumtree is aiming to be number one in new car listings as well, and is working with dealerships to make this happen.

This  also involves consumer research, new sales hires, a celebrity ambassador, and a marketing campaign with a healthy amount of testing.

In 2017, Gumtreet undertook its first rebrand in 10 years, revealing a new look and major changes to website functionality, including enhancements to the user experience, such as an enhanced interface speed and simplified process for buyers and sellers, 24/7 live chat support, and a new payment option via PayPal.

Now the emphasis is on cars. Gumtree head of marketing, Amanda Behre, said Gumtree Cars was launched in 2017 and now boasts of 150,000 visitors every day just for cars, with 6000 cars listed every day. Teaming up with Grant Denyer as its brand ambassador and spokesperson for a year is a key step in this quest.

"As someone who knows cars inside and out, and who is also an active ‘Gummie’, Grant is one step towards showing we’re serious about being the overall number one in this category,” Behre said. “As we work in both B2B and B2C, we are looking to engage with the dealer levels as well with a ramped up sales team, to offer broader car sales strategies.”

At the back end, Behre said test-and-learn is another vital part of realising the ambition. “We use different methodologies to learn what works best. For example, we might take a broad-brush regional testing methodology in one market, and go dark in another, and compare the uplift across both," she explained.

“It’s important to have a combination of driving brand health metrics on one side, and incrementality on the other. There are many opportunities through social, where it is easier and more cost effective to see uplift with A/B testing and creative or message testing, so we might do this in both social and digital spaces. It’s really important before we launch major things that we test that resonance in market with the right audiences.”

“Of course, we measure things like driving new users to Gumtrees. But next best usage occasion is important. This is why the cars market is so important to us. We are already strong in other spaces, and we see lots of opportunity to get audiences engaging in another category,” she said.

“We get a lot of intenders coming to our site, rather than just browsers. So we know quite a bit about our audiences and how they can engage with us in different ways. We have a lot of SMBs, as well as families seeking baby products, so with cars, there’s opportunity to engage with them with a category like SUVs as well."

Gumtree is planning to hire a head of motors to further help realise its vision to be number one in cars generally, alongside Denyer. It's also released the first instalment of its Gumtree Cars Index - unveiling new research conducted by YouGov Galaxy into the nation’s first cars.

The report found Toyota Corolla the most popular choice for first car, based on 2 million Australians naming their first car. In addition, more than four in five first cars (82 per cent) were second-hand when they were bought, with just 18 per cent new.

However, millennials (24 per cent) are more likely than Gen X (15 per cent) and Baby Boomers (14 per cent) to say their first car was brand new when they got it.

Gumtree Cars also continues to build its dealership experience with the appointment of senior key account manager as an expansion of Gumtree Cars’ services, and will be responsible for continuing to grow the presence of Gumtree’s dedicated cars vertical in the highly competitive autos market, and partnering closely with national and local dealerships to ensure Gumtree Cars offers a simple, good value and transparent route to customers.