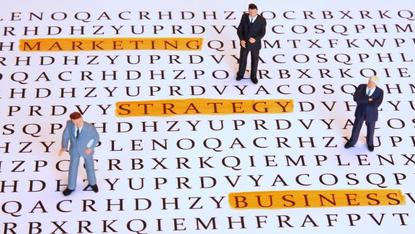 Consumers are increasingly demanding the brands they support contribute a positive impact on the society in which we all live. From HSBC to Schweppes, many big brands are leading the way to do just this successfully, or sometimes not so successfully, while also selling their wares.

We highlight five such examples globally over the last 18 months to gauge what makes purpose-led marketing campaigns tick.

1. Gillette: The best a man can be

No purpose-led list could possibly start without the recently applauded and condemned Gillette commercial ‘We believe: the best men can be’, a play on its traditional tagline, ‘the best a man can get’. This ad has been resoundingly supported or hated, without much in between.

Inspired by #metoo, it aims to challenge traditional male stereotypes and encourage men to support other men in better behaviour. It is too soon to measure impact on P&G’s bottom line, however, Ace Metrix recently reported the response to the ad was overwhelmingly positive, with a 65 per cent more/much more purchase intent.

Similarly, HSBC UK was either encouraged or condemned with last year’s 'Global Citizen TV' advertising campaign. In the age of Brexit, the brand has caused some controversy with its push to be open to new people, places and opportunities.

The campaign was followed up with 'Own the unknown', in May, and ‘Mind your business’ in October, all starring former IT Crowd actor Richard Ayoade. According to HSBC last year, third quarter revenue was up nine per cent.

Schweppes Brasil’s recent ‘The Dress for Respect’ ad involved creating a touch-sensitive dress to measure how often women get groped in a nightclub on a night out. In less than four hours, three women were touched 157 times, or over 40 times per hour, without consent.

'Dress for Respect' was created to encourage men to rethink their behaviour and approach women in ways that are respectful. It's another campaign to tie into the #metoo movement, and included more formal statistics in Brazil that show 86 per cent of women are harrassed in nightclubs.

These ads are not all for women. Well before Gillette's toxic masculinity exploration, AXE created an advertising campaign around the concept:" ‘Is it ok for guys..’ based on the questions thousands of men have searched the Internet for in order to shy a lot on men struggling with modern masculinity.

The ad invited men to start questioning what defines a man, and takes the position that there’s no one way to be a man.The campaign was part of Axe's 'Find your magic' and saw the body spray brand partnering with gender justice research group and lobby organisation, Promundo. Its wider research found 72 per cent of guys have been told how a real man should behave, 59 per cent believe they should act strong even if they feel scared, and nearly half think they shouldn’t ask for help with their problems.

5. Nike: Believe in something, even if it means sacrificing everything

Nike, one of the world's most prominent sporting brands, has been using the tagline 'Just do it' for 30 years. To celebrate the milestone, the brand opted to take a strong stand not just on sporting excellence but also upstanding moral behaviour by featuring sportsman, Colin Kaepernick, in the campaign. The quarterback controversially took a knee during the American national anthem in protest at the way migrants are being treated politically in the US.

Nike’s example not only became a call to action for social change, it also enjoyed financial success. In fact, the group's sales increased by 36 per cent last year, adding US$6 billion to its bottom line.