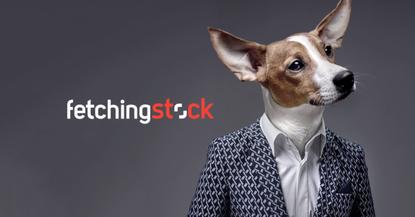 Brand and direct response teams can no longer stand on opposite sides of the street – the two must unite to achieve modern customer cut-through, Shutterstock’s global CMO claims.

Speaking to CMO following the launch of the creative asset company’s first brand campaign in more than six years, Lou Weiss, said there are still too many companies who believe the notion of brand building and performance marketing are distinct – to their detriment.

“You have to be a brand and have a strong story to tell, and explain what makes you different, to get people to pay attention. But the marketing then has to be performance. The notion of doing one over the other is antiquated and I’m not sure everyone has fully embraced what I perceive to be a modern marketing truth.”

It’s this integrated approach Weiss has been working to build behind the scenes of Shutterstock’s latest brand, campaign, which centres around the tagline, ‘It’s not stock, it’s Shutterstock’. The global campaign aims to showcase the depth of the company’s creative asset repository, its 550,000-strong contributor network, and the search and discovery tools it’s created to help users find assets more promptly.

The campaign is launching in January in Australia, the UK, US and Canada before expanding into Europe, Latin America and Asia shortly afterwards and has been created in conjunction with DiMassimo Goldstein in New York.

Weiss said creativity is now mission-critical for businesses of all sizes.

“Customer expectations are simply too high – companies with mediocre advertising or visually dull websites are being left behind,” he said. “More and more businesses have realised the mission criticality of actually being creative. This makes it a wonderful time to share the story we have been telling for years, but through various campaigns and in various places rather than as a global group.”

“There’s tremendous leverage to telling the story consistently, in a way that makes sense for each market, but ladders up to the same campaign,” he said. “In the digital era, there’s lots of crossover between messaging, campaigns and territories, and we wanted to ensure the company was singing from the same song sheet in terms of communicating what makes us different and special.”

To do this, Shutterstock needed to build “the scaffolding of integration”, Weiss continued, across its enterprise marketing, performance, creative services, CRM, PR, events and communications, and marketing operations teams.

“What we were doing before was working – there was no pain point suggesting change was needed. Rather, there was an opportunity to be capitalised on. What we worked on was making that integration go faster than it would have organically, to keep succeeding at what has been working in enterprise and performance marketing, but bring things together to create leverage and more powerful, integrated messaging.

“So as B2B people go home and go on social media as consumers, all the messaging, channels and targeting makes sense to them.”

For Weiss, what’s also changing in the approach to brand strategy is the concept of control. “In the past, marketers have really had control of the brand and message,” he said.

“In 2019, we don’t have that control; the market and consumers have control over our brands. We are a meaningful part of the conversation but we’re not the only voice. If what we say doesn’t ring true, and doesn’t line up with what people love about us and say, it’s a hollow message.”

As a result, the initial emphasis for Shutterstock’s campaign is digital and social channels.

“Over time, we’ll dimensionalise with lots of other media provided the campaign has the resonance we believe it will have,” Weiss explained. “In this day and age, you don’t get to set a campaign, run for 90 days and forget. Feedback is on every Web page, digital and social interaction – the sentiment that comes from prospects, customer and employers globally is something we’re trying to understand in real time so we can tweak, tune and do more of what’s working as art.

“We’ll test for next 3-6 months, and we’re trying lots of different things that make sense as integrated components of a campaign, that wouldn’t necessarily have made sense as standalone initiatives. If they’re leveraging other element of activity, then are things that should work that wouldn’t have in the former approach.”

“They are the creators that allow our customers to tell their stories. It’s not just about the creative assets it’s the artists that create them,” he said.

It’s also all about emotion. “You hear people say B2B shouldn’t be emotive, but I don’t believe that at all. Just because we’re at work, it doesn’t mean we’re not still people,” Weiss added.

“The notion we’re not moved by emotional goes against a lot of successful marketing campaigns people have created over the years.”

Check out more of our coverage of big brand building