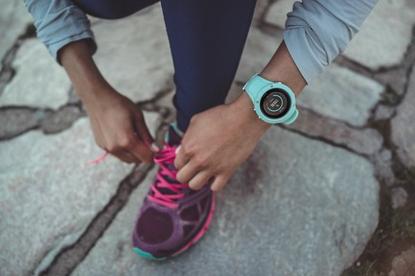 More disruptive creative that combats physical laziness in Australians via digital and contextual messaging, along with national commercial partnerships, are among next steps for Sport Australia in the second wave of its ‘Move It AUS’ program.

Sport Australia CMO, Louise Eyres, told CMO ‘wave two’ of the Australian sporting body’s ‘Move It AUS’ program is due to hit the market in February, six months on from its national debut on 1 August. The work is all about encouraging Australians to become more physically active, and features ‘findyour30’ as its main call to action, encouraging adults to engage in 30 minutes’ worth of exercise five times per week.

The campaign is the lead external-facing element of the Australian Government’s Sport 2030 plan, a move that’s also delivered a new overarching Sport Australia (formerly Australian Sports Commission) brand. The community marketing platform and fresh Sport Australia identity supports the bold ambition of reducing inactivity among Australians by 15 per cent by 2030.

Since launching ‘Move IT AUS’, Sport Australia has seen more than 490,000 Australians engage with its revamped website, and 150,000 consumers have connected via the findyour30 content site. There have also been 4.3 million views of content across social media channels and Sport Australia has reached 3.8 million people via Facebook.

A number of new sporting ambassadors have signed up to the ‘findyour30’ program too, including Wallaby player, Stephen Larkham, The Project’s Gorgi Coghlan and swimmer, Libby Trickett.

In addition, as part of its industry push, Sport Australia has struck partnerships with 12 of the nation’s biggest sporting codes including Athletics Australia, the AFL, Netball Australia and Rugby Australia and is supplying digital, social and print collateral to further the reach of the ‘Move It AUS’ campaign and program.

Eyres said the campaign was quickly becoming the “magnet” the group hoped it would be.

“We know there’s the data showing us the burning platform of inactivity and obesity. But historically, efforts have been at a fragmented level, so being that galvanising idea has started to provide that gateway and change,” she said. “We’re now having deep conversations with potential commercial partners to bring the business side in.”

Eyres expected to have one commercial partner signed shortly and several on-board for wave two of ‘Move It AUS’, which kicks off in February. This will allow their commercial objectives to be incorporated into the production of assets and collateral.

Importantly, Sport Australia has also now had 12 months to work with its 12 sporting code marketing leaders to increasingly collaborate on creative concepts, which will be reflected in the next wave of assets, Eyres said.

“We’ve brought these partners in right at the start, from the creative for the idea to ensure their needs are met,” she said.

In terms of understanding which messaging resonates most, Eyres said Sport Australia launched a chatbot on its website asking consumers to post questions and ideas. What’s came back is the clear need to focus on how to achieve 30 minutes of exercise five times per week, she said.

“Wave two will focus on does that 30 minutes looks like per day, what qualifies, and sharing ideas as to how to incorporate this into your day,” Eyres explained. “Given this is all about long-term behaviour change, the biggest question is how to get started on one or two things. That’s the element that’s been missing from a lot of the activity-based changes – that direct call to action.”

Eyres said there’s also a push to quash the idea of consumers being too busy to be physically active. She noted Emergent chief, Holly Ransom’s recent comments at the Movement to Move conference last week that it’s ‘time to call time on busy’.

“We say we’re too busy yet we’re binging on Game of Thrones,” Eyres commented. “We have to call time on busy and hold up a mirror to ourselves and recognise it’s about prioritisation rather than a lack of time. That’s going to be our focus with an innovative and disruptive idea AJF [creative agency partner] has put together.”

Meanwhile, the media emphasis in 2019 will be on digital and contextual media, which allow Sport Australia to disrupt people where they spend time and “pretend to be busy”, Eyres said.

“We’re putting messages in places where we are all wasting time or experiencing distractions,” she said. “We’ll be strong on digital and contextual out-of-home… It’s about using media to addresses the excesses we have and the reasons we give ourselves for being inactive.”

One surprise has been how strong take-up has been in specific indigenous and remote community groups, Eyres continued. In many cases, these communities lack resources and opportunity for physical activity.

“This has highlighted the need for this and engagement in those areas,” she said.

As the program evolves, so too are metrics for gauging success. Annually, Sport Australia is working to institute behaviour change in 200,000 Australians per year, or 1 million in the next five years. It will use Ausplay population tracking and statistics to help demonstrate this impact.

“The short-term metrics are digital data and classic marketing and engagement, then medium term, it’s about the partnerships and our ability to grow the system,”Eyres said. “Then it’s around that behaviour change occurring in the adult population.”

To help, Sport Australia is looking at ways to encourage consumers to set themselves as well as friends and colleagues challenges around accomplishing physical activity. It’s also investigating media partnerships that not only look to extend the campaign and its intentions, but focus on employee health and engagement, Eyres said.

The national sport plan and new-look Sport Australia (formerly Australian Sports Commission) were unveiled by the Minister for Sport, Bridget McKenzie, on 1 August and positioned as the Government’s long-term strategy for sport and activity to 2030. The Sport 2030 plan is based on four key pillars: Participation, high performance, supporting integrity, and strengthening Australia’s sporting industry.

Eyres said while many state and territory governments and groups have tried to encourage more physical activity, work has been fragmented and in silos. Of course, that also means the scale of the task is one of the biggest challenges Eyres faces as CMO.

“Just yesterday, the NSW Government announced $5 million in investment in girls sporting initiatives and programs. Every state is running different programs, messaging and timing,” Eyres added. “Our goal is to have that all under the ‘Move It AUS’ program over time.”