What Southwest Airlines is doing to retain CX leadership

Airline career's director of innovation, desighn and entrepreneurship shares the strategies and employee engagement efforts behind its customer experience leadership 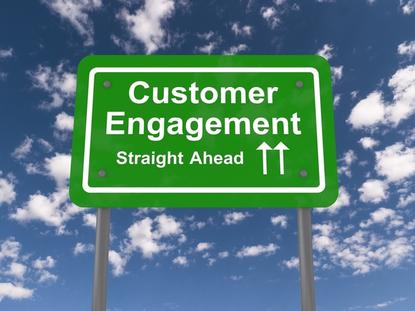 Few airlines are lauded for their levels of customer service. Fewer still have customers who tattoo the airline’s logo onto their bodies.

Dallas-based low-cost carrier ,Southwest Airlines, is a stand-out in the world’s airline industry, with a Net Promoter Score (NPS) rating of 62 (according to NPS Benchmarks), well ahead of much larger rivals such as Delta (41), United Airlines (10) and American Airlines Group (3).

Speaking at the CX Customer Experience Tech Fest in Melbourne in July, Southwest’s senior director of innovation, design and entrepreneurship, Heather Figallo, attributed much of the reason behind Southwest’s high levels of customer satisfaction to the principles set down by its founder when it began flying in 1971.

That thinking has led Southwest employees to go to extraordinary lengths to help satisfy customers, including one staff member who drove for three hours to return a passenger’s lost luggage.

Surprisingly, providing exceptional customer outcomes is not something Figallo said employees are specifically trained in.

“We hire for personality,” she said. “We don’t hire for specific skill sets, unless it is a real specialist. If they are not a cultural fit, I like to say they glow in the dark. You can just see it doesn’t work. And there is a lot of coaching that will go on.”

Southwest celebrates its stories of great customer and staff experience via video content on YouTube and its own in-cabin entertainment system, and through its monthly magazine. Staff also participate in a points program called SWAG, where points can be awarded and exchanged for showing attributes of Southwest’s culture – specifically, having a warrior spirit, a service heart, and a fun-loving attitude.

As a low-cost carrier, Southwest lacks the bells and whistles afforded to passengers of some of its bigger rivals, such as multi-class cabins. A key difference is its open seating policy, which allows passengers to choose where they sit. This creates an additional complication for cabin staff, however, in that they are unable to identify loyal customers based on their seat number.

So Figallo said Southwest has come up with a simple solution.

“We try to be nice to everyone,” she said. “And we treat everyone with dignity and everyone with respect. We think there is an element of that that resonates in today’s world with the millennial mindset.”

Being at the top of its game places Southwest in an enviable position, but its rivals are nipping at its heels. NPS Benchmark rates fellow US-based low-cost carrier jetBlue’s NPS at 59, with Virgin America at 48 and Air Alaska at 47. The desire to stay at the top of its game is leading Southwest to consider how it might improve elements of the travel experience that are not in its direct control.

“We have started thinking about you not having a flight, but having a trip,” Figallo said. “People unfamiliar with travelling suffer a level of stress and anxiety, but when you work in an industry for so long you don’t even notice these things, like wayfinding through an airport or having somewhere to park. You can get disconnected and lose that empathy. So now we are really starting to concentrate on those kinds of things.”

One area of focus is the cumulative impact of queuing, from the carpark through to the boarding gate. Figallo said improvements can often flow from simple tweaks, such as ensuring greater visibility for staff across the whole traveller experience.

“A lot of what we are doing is moving people and trying to load balance where they are,” Figallo said. “But you can’t fix what you can’t see. One of the things we tested in Dallas recently was video cameras. Giving people visibility and transparency makes a huge difference, so we are doing that.

While Southwest measures overall NPS as well as trip NPS, Figallo said it is also constantly running staff engagement surveys to stay on top of what is happening.

“When everything is going smoothly everyone is happy, and when things start to cascade and break down it means getting things back on track as fast as we can,” she said. “When you have a company with a legacy and culture that is strong as ours, people work really hard to protect that culture.”

Being at the top of its game also means Southwest is limited in its ability to learn from its rivals. Hence Figallo said the airline looks to leaders in other industries such as hospitality for inspiration, along with others in industries that are characterised by infrequent use and high consideration, such as healthcare and insurance.

“And then we do take a good hard long look at ourselves,” she said. “If we are number one in service, then the only people we are competing with are ourselves. And so we have to move beyond what the expectations of the airline industry are.

“But our job is so simple. It is just to get people to where they want to go and make sure they have a good time doing it.”