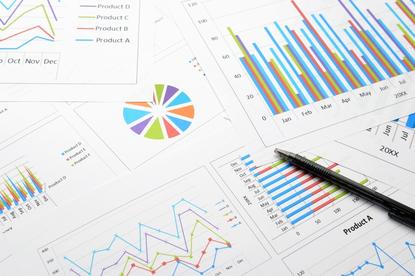 The ability to deliver real-time insight on the end-to-end transport supply chain has not only seen Myfreight create a new business model, it’s also leading to global expansion.

Myfreight is a 25-year-old Australian freight management business historically focused on the brokering needs of SME and mid-tier organisations. CEO, Darren Bonney, told CMO the group made the bold decision to create a cloud-based transport management system five years ago, tapping into the expertise of its in-house team and several best-of-breed technology vendors to create software that could initially manage freight contracts internally.

“Customer feedback was what led us to initially build the system and the frustrations around what was available,” Bonney said. “Transport is always an ugly duckling in supply chain – it’s the last chunk of software or the last thing medium to large enterprises look at.”

Myfreight’s platform play quickly became a startup with the business and major growth engine. “While we had built it just for ourselves initially and weren’t going to license it, our customers opened that up wider opportunity,” Bonney said.

“Our typical customer in the early days was someone sending freight who needed to manage that from start to finish. It’s now evolved into a complete supply chain solution, and we’re even doing work to supply into major carrier and transport businesses.”

To get to that point, Myfreight needed to ingest and harness massive chunks of data. “We opened up visibility, functionality and noticed quickly we needed a system that was able to provide data-driven reporting,” Bonney said. “We wanted something that could keep up with us. Everything we trialled was shutting down on us – the massive amounts of data we had would just stall those solutions.”

Myfreight turned to business analytics platform provider, Domo, established in the US but not yet in Australia, and effectively became the vendor’s first local client five years ago. Myfreight also aligned with other major software providers to augment its software capabilities, including Zendesk for customer service management.

“Being easily able to integrate with major software companies to move forward was important and another key reason for adopting Domo,” Bonney continued.

Myfreight’s initial clientele for its transport management system was existing clients; largely SME freight senders. “We didn’t have any large enterprises on our books – we weren’t big or strong enough, we were just a family business,” Bonney commented.

“With those businesses, we were building our own test cases but with that also came feedback. Clients were asking us, can you do this or that? Rather than just reporting on the transport data – once it’s dispatched from the warehouse – we were also reporting on data coming out of the manufacturer, the supplier in China to Australia, and so on.

“We started being able to pick up data from another location globally or another system to marry it up. We have become quite an exciting freight business as a result.”

Today, 28 systems are connected via Domo in Myfreight’s system, up from 19 a year ago. And the list keeps growing. Information is presented to clients through a live dashboard.

“In the early days, when we made all those changes, data reports provided by carriers were often cleansed and we’d have to vet that and then provide it to our clients. But once we had Domo, it was live insights. It provided visibility on our performance as our supplier, as well as our other suppliers, such as transport companies. That kept everyone on their toes,” Bonney explained.

“We are the conduit of another 600 systems feeding through from our 200 clients. They all have multiple ERP systems – some have made acquisitions and might have 50-60 retail sites to manage. We’re taking all that data, filtering it through our own 28 systems to then display that.”

What’s more, Myfreight integrates with systems as they go live onsite. “That’s refreshing for a lot of businesses as they know they can switch us on straight away,” Bonney said. “They feel they invest big in ERP, then plug into warehouse management system then come to us in 6-12 months. But we can be there from the beginning.”

There were change management issue to overcome, Bonney said, such as getting buy-in for a cloud-based freight platform, data sovereignty and privacy. It’s also been important to continue evolving the platform. Bonney noted ongoing dialogue with Domo plus customer feedback saw Myfreight extend to the whole transport management picture.

“From where it starts as a container and bulk order, right down to final-mile delivery, being able to track that in Domo was very powerful for our clients,” he said.

And it’s these innovations that opened the door to large enterprises as a customer base for Myfreight. It’s now interacting with legacy technologies to cover areas such as fleet control, procurement, warehouse ordering, asset registry management and compliance, as well as multiple product options.

“These larger enterprises may also have their own vehicles, fleet, good buying power and their own tender program, and we were missing out on that work,” Bonney said. “It was those clients that wanted to licence our product. So our pricing structure changed very quickly… and had two products, plus some apps.

“The other big selling point particularly with big corporates is our hybrid model. That enables us to get 100 per cent of their supply chain by using parts of our software integrated with their legacy technologies. Previously, we only had 15-20 per cent of their business on the brokering side, whereas Myfreight is now covering the rest of that. This has opened us up to higher margins and sales.”

Alongside reporting, Myfreight offers a phone app and pushes information and alerts to client-side users.

“General managers are on the road and don’t have visibility of the warehouse in Perth or what is coming from China. So we’re providing that,” Bonney said. “We use Domo alerts to help them see if something has slowed down coming from China for example, as it could be costly.”

It’s these efforts that won Myfreight an Australian Business Award in 2016 for cloud and software innovation with the Australian Computer Society.

“We’re not just catching up with freight manager or supply chain managers, we’re going from procurement right at the start, to other teams like the warehouse team, asset controller of customer service manager,” Bonney said. “We can give them all visibility on their performance and these insights.

The next step for Myfreight is tapping into machine learning and artificial intelligence (AI) to start providing visibility not just on what’s happening now, but what may happen in the future that could impact a client’s business or financial position. It’s also investigating the role of blockchain in verifying the supply chain.

“For example, if the boat slows down, how will that effect the customer base, supply chain and contracts with customers?” Bonney asked. “We also want to start picking up those behaviours to say this is a better carrier for you out of China, or a better shipping line, or it’s $0.20 more expensive per kilo.”

In addition, Myfreight has its sights firmly set on going global. “Australia is generally only 5 per cent of a global business in regards to revenue. We’re already moving into New Zealand, implementing timezeones, currencies and have gone through that challenge,” Bonney said. “Seven of our global clients jumped straight on that and wanted to test and trial with us.

“We’ll use that to continue to take that stepping stone approach to globalisation. Some want us in China, others in South Africa. A tier-one organisation only wants to work with a tier-one transport provider. They want us over there to fix their pain.”