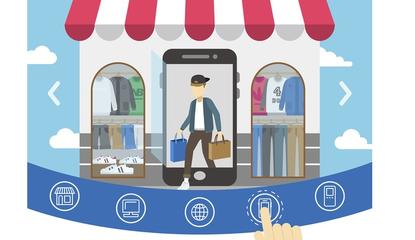 Implementing omnichannel marketing and personalisation has created an almost unprecedented level of member engagement in a category with typically low engagement, said Hesta.

Hesta GM of digital strategy, Callum Tod, shared what omnichannel means in a lean, outcome-driven environment, such as the one at the superannuation fund, at the Adobe Symposium in Sydney last week.

“Every one of us could do with a bigger budget and more people, and never was this more true in an industry super. Our national campaign and digital team combined is eight people,” Tod told attendees.

He began by asking if omnichannel marketing has a place in a low-engagement category, such as super, where members are arriving by default. Yet at Hesta, marketing plays critical role in creating brand affinity, demonstrating value, and encouraging positive action.

Tod described Hesta's views on omnichannel marketing as a symphony of four parts:

Freely admitting Hesta has to crawl before it can run, Tod said the organisation is maturing in its capabilities and capacity to use technology as key instrument in enacting its own marketing symphony.

“When I joined Hesta, the primary focus of marketing was around two large mail campaigns associated with statements. It was a blizzard of paperwork to around 800,000 member letterboxes across Australia,” he explained.

“We went digital where we could, but that was solving our problem, and not the members’ problems. We’ve now evolved to the point where we can send personalised communication to every member via the channel they are most likely to interact with us on, based on the actions that are likely to make the biggest impact on their retirement readiness.

“Super is, at best, life admin for most people. Our marketing’s whole point is to solve real problems and make it easy for members. We know if we are easy, relevant and efficient we’ve got a much better chance of hitting the emotional mark."

For example, the team knows Hesta gets a spike in Facebook enquiries on a Saturday night, and they are doing it from their phone.

“We looked at data and member responses, and found members’ propensity to churn was its greatest in the first 12 months, and their propensity to take action was highest in the same period," Tod continued.

“So we tested, we learnt, we orchestrated and we automated. We created a customer journey that lasts six months, with the right balance of frequency and follow-up. It’s a multi-stage trigger point campaign with each communication crafted with a single-minded focus to encourage members to complete just one small step.

“Using data members have already provided, we determine the next step in their personalised journey. We are reaching members where they are spending time - we know social is how they stay connected and where they go when they find time to relax, so we are challenging ourselves to show up as a serendipitous reminder when our members have downtime.”

The results speak for themselves. Hesta found boosted posts deliver a 14 per cent uplift in people taking action. In the last 12 months, the group has attracted tens of thousands of new members, and sustained an email open rate of 50 per cent against a global benchmark is 20 per cent. More members are taking positive action, and they are 35 per cent less likely to churn, Tod said. Hesta also now has an 86 per cent member satisfaction rate.

“We use custom audiences to hone integrated campaigns, so we’re reaching more members more often, with relevant nudges in the places they are spending time,” Tod said.

“We know our customers really well and we know what works. We have repeated and reusable campaigns we are continually improving, and are synchronising our mail and email campaigns with social ads using custom audiences, while serving next best actions in the contact centre.

“We are delivering on the vision to deliver messaging where members are with messaging that matters. We are also removing visual clutter and mental effort for members by simplifying communications, presenting only relevant actions based on balance, life stage, and previous actions."

Brand awareness and trust campaigns support more specific action campaigns, and Tod said the current emphasis is on creating always-on campaigns orchestrated and automated to deliver more compelling, timely and relevant nudges that get members to engage. One of the ways Hesta is doing this is by enhancing its preference centre to give members more control of the channel and the frequency of communication.

“We also will be enabling better personalisation on inbound channels like messenger, chatbots and click to chat," Tod said. "We know tech will be an enabler, so we are integrating our data and experience platforms, specifically around how the Microsoft and Adobe partnership can improve our personalisation in real time to ensure members are at the centre of experiences.

“We’re at the start of embedding our omnichannel approach and taking a structure view of how we mature. We know if we get this right, we’ll be able to support our members at scale.”