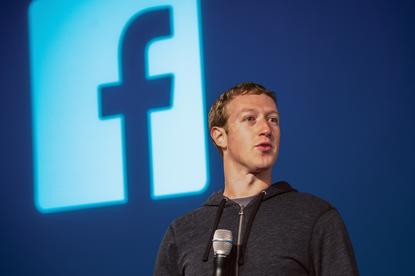 Facebook has suffered the biggest one-day wipeout in US stock market history one day after executives forecast lower profit margins.

The wipeout comes after the social media giant announced it missed revenue expectations and growth is expected to be far weaker than anticipated.

Facebook's margin fell to 44 per cent in the second quarter from 47 per cent a year ago. The company announced it spent heavily on security and related initiatives to protect the privacy of its consumers.

Socialbakers' CEO, Yuval Ben-Itzhak, weighed into the discussion about Facebook’s Q2 earnings and what it means for the industry.

“Facebook’s Q2 results came as a surprise but with 2.2 billion monthly active users Facebook is still the platform where most consumer engagement with brands is happening in the digital world. Despite growth being slower in Q2, Facebook’s daily and monthly user counts were up 11 per cent year-over-year,” Ben-Itzhak said in a statement to CMO.

“This kind of growth at the scale of Facebook should still not be ignored. The market’s reaction to Facebook’s results feels nervous in the light of Cambridge Analytica and GDPR, however, we are still seeing marketers spending consistently on the platform, especially on Instagram."

He said Instagram, in particular, has emerged over the last year as an advertising powerhouse and revenue generator for Facebook.

“In June the platform hit one billion monthly users, and in comparing Facebook and Instagram ad share, we saw that Instagram’s share of ads has gone from 10 per cent to more than 50 per cent in just over a year. Social performance data shows that Instagram has become the most powerful platform for brands, making it very important to Facebook’s overall growth – today and in the future.”

He said since Facebook’s Q1 earnings and post Cambridge Analytica, Facebook has ramped up its efforts to become as transparent as possible.

“From the roll-out of Instagram verification badges in Australia to its recent announcement of a new View Ads tool, which provides a public list of all ads currently running on Facebook, Instagram and Messenger, transparency is key to the future of Facebook.

“These are all steps in the right direction to ensure that users are having an authentic experience. Authenticity should be the cornerstone to a good social media marketing strategy. In the fake news era, users want to know that the content they see comes from credible, trustworthy sources.”