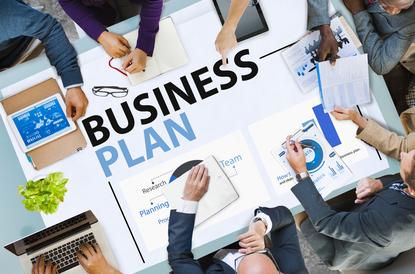 If there’s one attribute Martyn Etherington is counting on to realise his ambitious brand transformation plans at Teradata, it’s bravery.

“As a CMO, you cannot have fear, you have to be fearless. You can’t blink otherwise the team senses that, other functions will sense that, and you’re dead in the water,” the recently appointed chief marketing officer tells CMO. “You have to have conviction you’re going to do this. I’ve done this a couple of time before, and without arrogance or conceitedness, I believe this is achievable.”

Etherington has been in marketing for most of his career, working for technology companies in roles internationally as well as in Europe such as Deck, Sequin, IBM, Tektronix, Danaher, Mitel, Cisco and now Teradata.  He’s also built “and had near-death professional experiences” working on three startups during the height of the dotcom boom and bust. And that’s not to mention running business divisions regionally and globally and taking up P&L responsibility along the way.

In March, Etherington took on his next big turnaround challenge: Transforming market and customer perceptions of Teradata from a data warehouse appliance technology provider 20 years out of date, to a data analytics at scale powerhouse with customers’ interests at its heart.

Etherington admits it wasn’t a challenge he immediately warmed to, cringing when a recruiter first suggested joining the 40-year old company.

“My frame of reference of Teradata is as a company 20 years out of date, and a data warehouse appliance company. But three days later, when the recruiter insisted, I spent the weekend going through analyst and financial reports, and I could see this is a company in transformation,” he says.

Having then met with Teradata CEO, Vic Lund, Etherington was convinced the new-look executive team had a compelling view for a turnaround. Within a month, he’d started in San Diego HQ.

“This speed and velocity is indicative of the new Teradata,” he says of his appointment. “Secondly, the perception I had coming in is same perception many of our customers have of the business. The momentum, new energy and vibrancy has to be focused on repositioning and revitalising our brand in the market.”

Here, Etherington sets out key ways he plans on delivering on the vision as CMO.

1.Identify the business gaps to fill

Etherington’s framework for his first 100-day plan at Teradata spawns from the book, You are in charge: Now What? by James M Citrin Thomas Neff.

“I’ve used it systematically to avoid the temptation of jumping into the answer. This means spending time doing due diligence, talking to employers, press, analysts and so on,” he says. “You then work to distill that into a strategic foundation, to a point where I now have a plan. I’ve brought in lean methodology tools I learnt during my time Danaher to underpin that.”

Etherington has identified four areas of priority. One is brand rejuvenation, the second is redefining account-based marketing (ABM) and what it means for Teradata. Thirdly, he’s looking to build digital marketing excellence.

Lastly, introducing an operating rhythm and systems are keys to success, including martech and lean thinking and processes. This is also about ensuring the team is held accountable for measurable growth not only on the top-line, but bottom-line as well, Etherington says.

2.Reposition the brand and build awareness

The brand issue shot out from day one, and Etherington notes two particular gaps.

“One is brand perception, as one of being the older data warehouse appliance company. The second is awareness – we have low aided awareness for a company with 40 years of history,” he says.

Teradata’s troubles with brand perception were arguably exacerbated by acquisitions from 2010 and 2015 into what ultimately became incompatible areas of business expansion. Notably, this was the foray into marketing applications and marketing resource management, kicked off via its acquisition of Aprimo in 2010.

After experiencing stagnant growth, the marketing applications business was sold off for US$90m in April 2016 to private equity firm, Marlin Equity Partners. Since then, the business has split into two: Aprimo, the marketing operations and execution arm; and marketing execution, Mapp Digital.

The good news is Teradata’s executive team is supporting Etherington to do what needs to be done to transform the brand and the way people think about Teradata.

“But it’s also the way we go to market and act, which will be as a challenger brand. It’s a big cultural change. You can’t underestimate that big change,” he says. “We got distracted from being all things to many people prior to two years back. Since Vic took over, he’s set a clear strategy on moving up the stack from data to data analytics. That’s our core competency. We weren’t good at the other things we bought. We jettisoned those and are sticking to our knitting. We know where we play and how we win.”

For example, Teradata has been in analytics for the last few years but not told that story, Etherington says. “My job is to reposition the market’s perception of who we are as a strong data analytics player, versus just that data warehouse or database company we’re known for.

3.Defining where to play

Having any success depends on also defining the core customer Teradata is going after. Etherington says the business has identified the top 500 companies with the most complex data and analytics challenges out there as its sweet spot.

“And how do we plan to win? By not just focusing on data and analytics, but also by offering the best path to the cloud for customers, and to do that on their timeframe,” he claims.

Supporting this customer focus is ABM. Etherington says he’s looking at how to do one-to-one, one-to-few and one-to-many mass personalisation using Teradata’s own technology to achieve it.

“We’d never had the recipe in place to do that [ABM] so we’re starting to build that out,” he says.

Etherington’s third pillar is digital marketing excellence. “It sounds trite to even speak of that in 2018 given some companies and brands now see digital as marketing. It should be here too, but it’s not,” he comments.

One stumbling block was a lack of critical mass of any one function across Teradata. So Etherington is building two digital centres of excellence initially – one in San Diego, the other in London – to lift digital expertise.

“That will help us to punch above our weight against competitors like SAP, IBM and Oracle. If we do it right, we can offer the best experience for our customers across the whole decision process,” he says.

“We have to get better at winning at the zero moment of truth. That’s the notion of search, when you’re factoring in data analytics in Google. We also need to leverage social to promote brand as well as build thoughtfulness around how we listen to customers to anticipate their needs and also what’s going on in the market.”

Implementing social programs is another component. Each week, the marketing team takes a customer reference, packages up a tweet to post, and encourages employees to share. In a couple of weeks, the number of Teradata’s 11,000 staff engaged in social has risen from 50 to 500 staff.

The next short-term step is building a social media listening centre to track competitors, influencers and more.

“I want to transform the way we think about digital, social, CX – in ways this brand has never done before,” Etherington adds.

Up next: Etherington's final 3 key ways of turning around the Teradata brand

It’s vital everything the team does is measured by a system of KPIs, underpinned with action plans, Etherington continues.

“If we miss a couple of periods of actuals versus planned on metrics, we then go into root cause countermeasure, another set of lean tools. That’s how we start to measure our effectiveness, and how we track to the bottom line and drive brand,” he explains.

KPIs have been defined against the four key pillars of focus, and monthly meetings will be used to analyse deviation from plans versus action.

“I know a lot of people will be trying to resist this. It won’t go away, will break some people and some teams, and I’m ok with that. Unless you start measuring, as a CMO, there’s no way to get a dollar more going into next year if I can’t prove we’re growing top-line, bottom line, improving CX through better NPS and driving brand awareness too,” Etherington says.

Just getting to this point, however, again requires critical mass. To do this, Etherington has called 23 people living and working remotely to get back into HQ.

“It wasn’t necessarily popular but it was a necessity. We also just brought more roles back from our headquarters in Ohio to San Diego. That’s about building critical mass so we can work shoulder to shoulder,” he says. “Now we have clear focus, KPIs and action plans, then you’ll see who can deliver and who can’t.”

Within a month of arriving, Etherington had signed new brand consulting firm, John McNeal studios, to help redefine the Teradata brand and strategy, and will relaunch the brand in October. To make it a big splash, he’s redeployed Q2 and Q3 spend into Q4. The proposed integrated advertising campaign encompasses digital, traditional media, out-of-home, radio and social.

“Teradata has never done that to reset the perception. I’ve no idea how to fund that in 2019. But if we gain more momentum, insights and metrics, the resources will be there the following year,” Etherington says.

7.Define success and lead it

With such significant change afoot, it’s not surprising Etherington saw “big chunks of fear” across the team.

“It’s easy for me to say the bullets going to come through me to get to you, and that I mean it. I’ve also tried to flatten out the organisation and tried to enable people, to help them to say no and have a voice,” he says in response. “Less experienced people are bubbling to the top when they’re empowered, enabled and able to get away from fear. They now know they can do things without risk of punitive backfiring.”

So what does looks like? A big milestone will be getting the brand launch in market and more consistent messaging. Other core metrics are improving win rates and driving increment funnel growth. Transitioning more activity to digital, content and personalisation at scale are also vital, he says. And finally, to measure marketing successfully.

“You have to declare your ambition, lead people with some lofty ambition and challenges,” Etherington concludes. “But I’ve been wowed by the number of people stepping up and in.

“That gives me hope I can transform this and with some top-grading, get us into shape where we will be a very different function nine months to a year from now.”