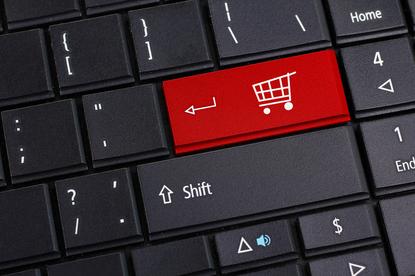 Specialty Fashion Group (SFG) has rolled out a new campaign management platform, unified its website back-end and restructured ecommerce and customer insights teams as part of efforts to improve its customer and omni-channel approach.

The changes come as the ASX-listed apparel retailer, which owns Katies, Millers, Autograph, City Chic, Rivers and Crossroads, reported a mixed half-year to 31 December 2017, including a $31 million revenue dip to $399 million and 3.3 per cent drop in comparable sales.

SFG reported online sales for the half-year as a bright spark in its financials, growing 14 per cent overall. The two plus-size fashion brands, City Chic and Autograph, were the strongest performers in the mix. City Chic, for example, aimed at younger plus-size women, saw 34.3 per cent of total sales over the first half coming in via its website, against 17.8 per cent at Autograph.

At the other end of the spectrum, however, just 4.4 per cent of Millers sales are online, and 5 per cent of those for the Rivers brand.

SFG chief financial officer, Tim Fawaz, told CMO that as part of ongoing efforts to be more customer-led and ramp up its omni-channel strategy, the group has shifted ecommerce and customer insights functions into each of the brands. These previously operated as centralised, shared support office teams.

“They weren’t embedded in the day-to-day business of the brands. So we’ve given each of the brands responsibility for the commerce in terms of look and feel of the website and ownership of the numbers, and those report into the head of marketing in each respective brand team,” he said.

“So we don’t boil the ocean, and don’t try and solve one problem six different ways… we’ve got a small team in IT with an ecommerce commercial lead, who has the job of herding the cats together. Every fortnight, we get together and list all the issues with the website and what we want to enhance, and in terms of priority. Our focus is around what five or six things that will turn the dial for the coming quarter.”

“We had good analysts in the support function and a large team in that area, so we have dissolved that team and moved a number of the senior analysts into the brands,” Fawaz said. “Rather than the brands saying they have an EDM they want to slice and dice but the reason they haven’t been able to get it out yet is because they’re waiting on someone to do the work for them, we’ve given them the resource and access to the database.

“As a result, the good, the bad and the ugly is in the hands of the brands. And similarly, we have a senior person in the Rivers team who gets the team together on a fortnightly basis and is instrumental in focusing on listing and prioritising the [customer insights] changes that really matter.”

Fawaz said it’s early days yet for SFG, describing its campaign management approach as “in rectification mode right now” and an iterative process.

“We’re not doing anything fancy yet; we’re just getting the basics right. We’ll deal with the exciting stuff like carving out a customer base of people who bought a jacket last month and making a complementary offer to them. But we’re not there yet, we have to get the basics sorted first,” he said.

As a first step, SFG integrated support teams for its two plus-sized brands, Autograph and City Chic, so it has a unified ecommerce team. All sites are also now operating off the SAP Hybris platform, improving efficiencies.

“The audience reach for those brands is different – City Chic is young, bold, savvy consumers in the plus-size market, whereas Autograph is an older customer. But that team is managing both brands and getting the economies of scale you get when you have a bigger resource pool helping your brand business units,” Fawaz explained.

In addition, SFG rolled out Afterpay last September, which Fawaz said further benefitted the business’ omni-channel approach. It has also been particularly key in improving the volume of higher-margin sales.

The ambition is to become more relevant to the customer and better target customers with the products they’re looking for, Fawaz said. SFG’s immediate priority is improving shopability across the websites, mapping the customer journey and understanding the pain points along that conversion path.

“Our process is about how to make the process simpler, better, with fewer clicks,” he said.

“We’re the first to admit we’re not perfect –it’s very difficult for customers to buy multiple amounts of products, for instance. We know we have to sell her an outfit and do a better job of that. We have a clear roadmap of what we need to do to improve the websites for our customers.”

Alongside the technology and analytical expertise in the business, building up and utilising each brand’s customer loyalty program database will be vital to success, Fawaz said. To help, the group has introduced basic validation at the point of purchase, to further improve the data on each of its members.

“Once we iron out some of the teething issues you get with any technology change, we’ll get more into how we communicate to the customer with an offer that’s much more relevant,” he said.

“It all sounds like 101 retailing, but if we can do things like that, such as improve the quality collection of the data, it’ll make a huge difference,” Fawaz added. “If we get the basics right, I think we’ll continue to grow well.”

Of course, with a new CEO coming in, further changes could well be on their way in terms of structure and strategy, Fawaz said.

“Daniel’s going to come in with a fresh set of eyes and no doubt will see strengths and weaknesses in the business, and I look forward to hearing those,” he added.