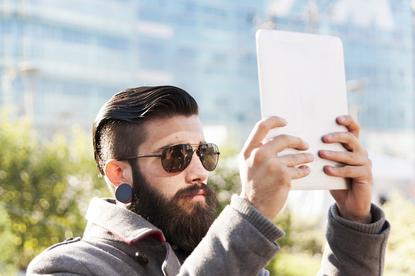 Australian brands are embracing digital transformation, but the experiences they are delivering in advertising are not meeting consumer expectations, an Adobe report revealed.

The Adobe Digital Insights 2017 State of Digital Advertising Report for Asia-Pacific, released at the Adobe Symposium 2017 in Sydney,  found over half of Australian marketers surveyed believe they’re doing a better job at delivering valuable, personalised ads compared to two years ago. However, only 38 per cent of consumers agree.

The report, which was based on analysis of 250 billion visits to over 3000 websites from 2014 to March 2017, made evident that a digital disconnect persists as marketers rate themselves better than consumers do for delivering relevant and interesting ads. It also reported consumer expectations are rising and advertising channels have become more complex, meaning advertising and data must go hand-in-hand.

What was also clear was competition for consumer attention and new site visitors will increase as top-line growth starts to slow and time on site increases. Consumers desire personalisation, but delivery and privacy issues exist, and advertisers are still not organised to deliver on consumer’s ad expectations and lag behind their US counterparts in terms of automatic and programmatic spend.

Meanwhile, mobile continues to dominate, with the study finding smartphone visits have continued to increase over 145 per cent since 2014, while desktop and tablets have eroded

Adobe principal analyst and director, Tamara Gaffney, said the Asia-Pacific region is the only region that has crossed the 50 per cent threshold for mobile devices.

“It’s getting to saturation point,” she said. “Consumers are getting more savvy about what they want to know and how they’re getting there.”

Moving forward, the study predicted digital ad costs continue to rise and search costs have increased two times faster than inflation over the past two years. “We’re seeing site visits are becoming expensive and harder to get, especially if you’re going to go after search,” she added. “And the cost of a video at is up 36 per cent and the amount of impressions delivered is only 7 per cent.

“The completion rate is also another challenge, especially on mobile devices, which is not so high after the 5-second skip option. When presented with the skip button, one in five consumers press it. So we’re in a scenario where it’s getting more competitive, consumers are expecting more and it is expensive to generate and execute compelling content. And whatever you do, you’re finding people are still trying to skip through it.”

One of the bright spots Gaffney noted from the findings was social, which she said is starting to pick up, even though only 2.1 per cent of direct traffic from social goes directly to retailers.

“It’s a big increase, but a relatively small number,” she added. “Most retailers aren’t relying purely on social to build their ad presence, there’s also a generational difference.”

Effectively engaging the next generation below the millenials, which Gaffney referred to as the ‘crafter generation,’ is the next challenge for marketers and advertisers.

“This is the generation that builds everything around themselves as the centre,” she explained. “They do a lot of videos of themselves, they build Minecraft worlds, where they're in the centre of everything they do. It's the biggest degree of this we have ever seen. And we’re going to have to start shifting our conversation from millenials to this new generation, who will expect an even greater level of personalisation.”

According to TubeMogul managing director, Sam Smith, the Adobe study makes it clear bridging the martech and adtech divide is the only way forward to understanding what’s working best for their customers and taking action.

“It presents an opportunity to make advertising more of an experience for the consumer and you can leverage the right technology to drive that,” he said. “Tech companies need to provide solutions to marketers that truly help them understand what is and what is not performing.

“Consumers are now expecting a lot more, and so they should. We’ve led them down this journey, and it’s now the marketer that needs to take ownership and take action from an advertising standpoint and from a martech standpoint."