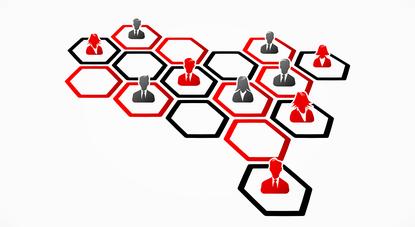 IT vendors and professional services consultancies are increasingly competing against traditional agencies for acquisitions in the marketing services space, according to a new report.

The Annual Marketing Industry Report for 2016, produced by M&A advisory firm, JEGi and Clarity, looked at M&A activity in the marketing services sector across North America, Europe and Australasia. It found 39 per cent of the 867 transactions announced during the past year were made by companies with a heritage outside of marketing service. The list included software and IT services groups (7 per cent), traditional consultancies (5 per cent), and financial investors (11 per cent).

Of the transactions undertaken, nearly two-thirds targeted specific capabilities, with strategic communications the most sought after specialist capability at 96 transactions over 2016.

Across the board, the list highlights the industry wide quest to secure digital, data, martech and adtech expertise. After general agency services, full service digital was the most popular category for M&A activity, at 114 transactions, while specialist digital accounted for 90 of the deals made last year.

Martech also made a strong appearance, representing 94 of the total transactions covered by the report. This list included Salesforce’s acquisition of Krux Digital for US$768 million, and Adobe’s purchase of TubeMogul for US$626m. Other notable M&A categories were performance marketing (78) and adtech (57).

The most serial acquirer over the past 12 months was holding company, WPP, at 23 acquisitions. Six deals involved specialist digital capabilities, while three were full-service digital.

Across all geographies, Dentsu was the most acquisitive global network at 40 transactions, a number that reflects the group’s ambition to become a 100 per cent digital business by 2020. However, the report found M&A activity by global networks had slowed to its lowest level in five years.

Instead, it’s IT companies and traditional consultancies making an increased appearance. One notable example on the top 10 list of acquirers was Accenture, with six acquisitions during 2016. These included specialist digital services (two) and agency services (two).

IBM was the other notable non-agency purchaser, making five acquisitions over the past year with four digitally focused deals. Three occurred within a week of each other and included two German agencies, ecx.io and Aperto, plus US-based digital agency, Resource/Ammirati. These all now sit under the vendor’s iX unit, which it claims is now the largest digital agency worldwide.

The report authors said they expected M&A activity to continue in 2017, particularly in the mid-market, as the ecosystem continues to change and evolve.