Online data collection is just one step in a multi-pronged, holistic approach to improve customer experience 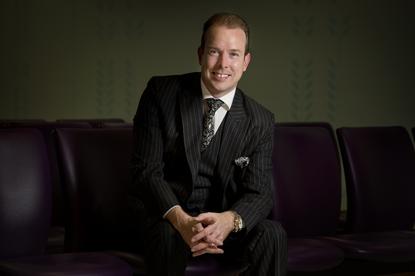 Royal Perth Hospital (RPH) is Western Australia's premier teaching hospital, providing a full range of emergency services for adults and serving as the State referral centre for many super-specialities. Established in 1829, it’s WA’s longest-servicing hospital, has one of the busiest emergency departments in Australia and the second-biggest trauma workload in the country.

Gogol, who’s the first of his kind in the hospital consumer engagement role, said consumer and community engagement is high on the board’s agenda - and his job is an example to other hospitals around the state.

“Consumer engagement is the big buzzword in healthcare at the moment - and my role is the first of its kind in Australia,” Gogol told CMO. “The executive director, Dr Aresh Anwar, saw a need to have consumer engagement at the highest level in the organisation, so my position is an executive-level position.”

The motivation behind the technology adoption also comes largely because of the mindset of Dr Anwar, and his implementation of the policy: ‘What Matters Most Approach to Patient Care,’ which details how the hospital can adapt services to meet patient needs, Gogol explained.

“He is a medical doctor, but he very much comes from the approach that patients are our clients and our guests, and we are a service industry and we need to focus on that. It is not about what the doctors or nurses necessarily want, it’s about getting the best outcomes for the patients.”

As part of the consumer engagement strategy, Gogol said the 450-bed hospital has renewed its patient-auditing process by abandoning paper surveys for a sophisticated SurveyMonkey system that delivers better data, faster and uses skip logic to shrink and personalise the survey.

Gogol said it was time to eliminate lengthy delays and hassles with manual procedures. Each year, the hospital would survey hundreds of patients using a single, 91-question paper survey. All the data was collected, inputted, and analysed manually, which took an enormous amount of time and resources.

By the time it got a report six to eight weeks later, results had lost much of their meaningfulness, Gogol explained.

“Royal Perth Hospital has always undertaken surveys in the hospital, but they have been written surveys or ad hoc surveys and there was never really any structural, strategic direction in our surveying methodology,” he continued.

The manual method of collecting information was cumbersome and resource hungry, he explained.

“Doing it manually was very time consuming - we actually had to take physical resources off the floor of the hospital to undertake written surveys. By the time we got the results, and analysed the results, it could have been three or four months down the track - and in some cases it was six months.

“Six months in health terms is a very long time. So we wanted to have as close to real-time surveying as possible. That we could identify potential issues, or trending issues, as they arise. As a result, take action to mitigate them as quickly as possible. It is all around improving that patient experience in the hospital.”

Nurses can use iPads to administer the surveys, which Gogol claimed is saving hundreds of man hours, reducing administration costs and simplifying and shortening the process.

Gogol also said the hospital is already getting better results from patients. “What we’ve noticed in our complaints data is our complaints are going down, but our patient contact [whether they be conversations or interaction with patients and carers] is increasing. We’re increasing the communication with our patients, and that is usually on the back of surveys.”

As a result, people are far more engaging with technology than they were with paper-based surveying. “Even if it’s a perception, they see doing an online survey as quicker than doing paper-based, so people are more willing to embrace that,” he said.

“We’ve needed less resources at the back end. That’s a big time and cost saver.”

But Gogol admitted the task of changing patient interactions hasn’t come without some challenges.

“You can’t take on something like this and think that it is all going to be rainbows and unicorns. Some of it is pretty confronting when you get told, ‘a doctor or a nurse is rude to a patient’. . . But it has allowed our staff to look internally at themselves and see how they come across to patients when they are very vulnerable, they are sick, or are short tempered.”

Gogol said the hospital is keen to move beyond collecting feedback from a minimum of 20 to 30 patients in each of the hospital’s 20 departments in any given week.

“It would be great to survey every single patient and carer that comes in this hospital because you get such a diversity of patients in the organisation,” he said, indicating the hospital has a massive throughput of 36,000 admissions a year.

“It would be great to great to survey those 36,000 admissions as well as the 240,000 outpatient appointments that we do a year. That would be amazing data to collect,” he said, recognising not all consumers are technologically savvy and have access to smartphones and computers.

“But if we could have them made available in our waiting area, for example, so they could do a survey on an iPad while they are waiting for their next appointment - that would be fantastic. We have a concierge service here where we actually meet patients at the front door and walk them to their appointments. It would be great to have that concierge then sit down with them and do the survey at the same time.”

He said the hospital is also the third biggest admitting hospital for Aboriginal patients in Australia - and he wants to welcome those patients into the process.

In terms of data, he’d like to see relevant data coming to the surface. “We are all consumed by data here and I think we get a lot of irrelevant data. What I would like to see is data that is pertinent to improving patient outcomes. Focusing our data into concise datasets would give us far better results. Sometimes we over analyse.”