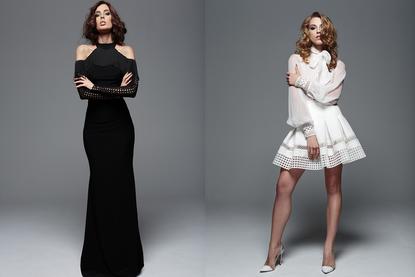 In an interview with CMO, Grech said he had been approached by the vendor to employ Watson in order to help produce a new couture collection to showcase at this year’s Melbourne Spring Fashion Week. While initially overwhelmed, he was attracted to the idea of being challenged in a new way.

“I got really excited about the potential of working with something new that’s never been done,” he said. “It was a way of helping me develop and work outside the square.”

Gaining insight into people’s buying behaviours, who is buying what and why they buy it was also enticing, Grech said.

The Cognitive Couture collection was based on analysis of more than 500,000 images of runway fashion imagery from an historic fashion archive, as well as real-time social chatter around fashion trends and consumer preferences.

As part of the process, Grech provided images of architectural shapes and structures he was inspired by, and Watson employed image recognition to not only match up and recommended styles and looks in previous fashion images, but also provide predictions around the colour palette most in demand from consumers.

The team were also able to explore and evaluate trends during the creative process, discovering new ways to work with fabrics, colour stories and texts, helping to evaluate risk along the way. To do this, IBM Watson provided insights into fashion trends, consumers and design.

Grech said one of the defining moments in using Watson was receiving the colour palette chart recommended by the platform. Having mostly used dark colours and edgy looks in the past, the suggestions on more pastel colours represented a very different look than previous collections for Grech and his team.

He admitted to some initial hesitation about the colour scheme. What helped Grech buy into the data was attending the Paris Couture Fashion Week and seeing similar colours on the runway.

“These were similar to what Watson gave us and that reinforced its capabilities to us,” he said.

While it was a very different experience, Grech said he’d willingly work with Watson again, and noted both its ease of use as well as the responsiveness of the team supporting it at IBM. The design and decision making process occurred over a four-month period.

“Those refined Watson capabilities made life easy, it helped me develop a new storyboard better, with a beautiful colour chart,” he said, adding the use of data also improved his creativity process by eliminating some of the clothing made but rejected during the more traditional production cycle.

“It’s an easy tool to use… it was a privileged to have been asked to partner and it was an easy and rewarding experience.”

Having launched the collection on Tuesday, Grech said he’s already had good reviews and suggestions it could be his best collection yet even as it represents a very different look to previous designs.