Head of comms and head of marketing share how they're tapping online news insights, martech and each other to raise awareness of brain cancer trials 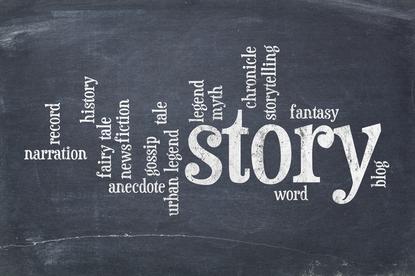 Gaining data insight into the types of stories people connect with has not only helped the Cure Brain Cancer Foundation chalk up significant engagement with a new cancer trials launch, it’s also transformed how its marketing and communication teams operate.

The Cure Brain Cancer Foundation is a not-for-profit focused on generating awareness and funding to support brain cancer research and sufferers. The group has been around for more than 10 years, and is currently funding 23 research projects across 40 sites in four continents.

Communications manager, Luke Alexander, said the foundation’s mission is to increase the five-year survival rate of people with brain cancer from 20 to 50 per cent by 2023. “It’s a bold mission and with such a real timeframe, we don’t have time to get things wrong,” he told CMO.

Alexander also noted brain cancer kills more people over 40 than any other type of cancer, yet receives the least amount of funding. “Part of the mission is influencing change and marketing that on a global stage, so we search globally for research and fund that,” he said.

Last year, the foundation made an investment into Meltwater’s media insights platform in order to gauge current conversations about brain cancer globally. This was driven by the need to better understand how brain cancer is being reported in the media and online, as well as look at the key stories and themes that resonate around clinical trials and research, he said. The investment also pre-empted the announcement and launch of five clinical trials in Australia.

“What we found was that brain cancer didn’t have much media coverage, and clinical trials don’t get media coverage, it’s mainly only around breakthroughs,” Alexander said. “We saw an issue and hard task ahead.”

Two spikes were detected in conversations online: One was around Carrie Bickmore’s speech calling for more brain cancer funding during the 2015 TV Week Logie Awards. Another was a controversial book written by a purported brain cancer sufferer. What these made clear was that people are most interested in people’s stories, Alexander said.

“Health organisations typically lead with research, person as a case study. We do it the other way around, telling the story through people,” he said.

It was these online news data insights that then shaped the foundation’s marketing and communications strategy for a new campaign around its ground-breaking global brain cancer trial, GBM Agile.

GBM Agile stemmed from a thinktank held four years ago, which brought 150 experts together to try and tackle the problem of GBM survival rates. Glioblastoma multiforme is one of the most aggressive forms of cancer and kills most people within 18 months.

Their work resulted in a world-first global adaptive clinical trial, supported by the Cure Brain Cancer Foundation, which taps into Bayesian statistics and modern imaging at regular intervals to show whether a treatment is working. The data insights are used to inform and adapt the treatment tested on the next patient who enters the system.

To launch this new approach, Alexander said Cure Brain Cancer Foundation focused on stories about Australian patients first, and how they would benefit from the new clinical trials.

“The stories were based around the idea of this being the moment the world is changing for brain cancer,” he explained. The campaign reached 600 million people worldwide.

“We humanised that as we had to ensure people affected by brain cancer were the story,” Alexander said. “What we saw was more social media engagement. We used the Meltwater insights that showed we had such global research, and put these stories into our marketing and fundraising materials to demonstrate the high movement within the sector, that we have global influence and working on a global stage, and that we are influencing change.”

The foundation’s head of marketing, Julia Schaefer, said its marketing and communications is about showcasing the very real, promising and fast-tracked solutions being made available around brain cancer treatment. She pointed out the foundation is looking to have 300 people participate in the GBM Agile trial over the next three years, at a cost of $15 million.

“From a marketing perspective, it was about pointing out that we have the solutions, we just need money and funding,” she said. “Having proof points like GBM Agile and the 23 other trials is key to our strategy.”

While the figures are still being audited, Schaefer said the emphasis on real treatments and the human story in its recent marketing campaigns have met the foundation’s targets from a financial point of view. Having an integrated marketing and communications approach has also helped increase the database from 8000 people to 100,000 people over the last 18 months.

“Having that range across marketing and communications, an insights-led social platform, and going to market with these messages, has been absolutely critical,” she said.

“This also closed the loop between marketing and PR.”

Restructuring the marketing and comms functions and approach

It’s not enough to have data or tech insights, however. Schaefer said the teams also realised it was time to ditch the traditional marketing and communications silos and job descriptions in favour of more collaborative working. In the last 18 months, the team has grown from two to eight people.

Staff have self-organised into one collaborative pool, allowing them to focus on where their influence and unique skillsets can help to fast-track results. These skillsets include PR and content skills to analytical insights, video production and social engagement.

“We have taken away the boundaries between communications and marketing and that traditional rivalry between marketing and comms,” Alexander said. “We have different skillsets and should be working together.”

Being able to gain insight into the content best resonating with audiences has also extended to how the foundation recruits employees. Schaefer said the emphasis today is on those who understand the power of the human story.

To help, the foundation has come up with a dozen guiding principles to help with marketing and communications recruitment. These include ‘being a doer’, ‘create markets’ and ‘fierce compassion’.

On top of its media insights investment, the Cure Brain Foundation rolled out Salesforce’s Marketing Cloud and CRM last year. Schaefer said this is now giving the full team the ability to create campaigns, understand who is in the database, understand their behaviour, and run relevant reports that can inform its go-to-market strategy. It has also been integrated with the Meltwater insights engine, adding a further layer of knowledge.

“We plug in all our marketing work back into Salesforce,” Schaefer explained. “With the insights we have from Meltwater, we can also start overlaying personas, and we’ve identified the key target segments we will concentrate on over the next three years.”

While most activity will be focused on the brain cancer community, Schaefer said it’s also looking at where else it can influence, such as with high net worth individuals and the next generation of philanthropists.

“That’s based on value exchange, understanding their behavioural traits and what helps get them to relinquish discretionary spend to charity,” she said.

On the communications side, meanwhile, Alexander has created a storytelling model focused on three key aspects: People, purpose and impact.

“Every story starts with a person and what is their purpose of their work or contribution, and that evolves to their impact,” he said.

As an example of how this is playing out, Alexander pointed to a recent content initiative around a number of influential local and international business and industry leaders who planned to climb Mount Kilamanjaro to raise $1m for the Cure Brain Cancer Foundation.

“We could have just told the story of people climbing the mountain and had a one-way comms model, but we tweaked our approach and did some analysis through Meltwater, and found that as humans, we all have people in our lives that we’d go to the ends of the earth to protect,” he said. “We used this insight for the campaign, which was essentially asking who you’d climb a mountain for.”

Connecting social, marketing and PR, the foundation created a content hub, providing regular content aimed at humanising the people climbing the mountain, and who they were climbing the mountain for. It also embraced 360-degree video footage to support the story, from build-up and training to the climber’s fears and action itself, and rolled out the campaign online and through social.

Alexander said the Cure Brain Cancer Foundation’s social media community started sharing stories of who they would climb a mountain for. The foundation also struck up content partnerships with the climbers, their followers, organisations and supporters, as well as other online influencers.

“Media and social were creating compelling conversations, then people started sharing photos, then we started getting direct messages from the community wanting to share their stories, and it all led to a movement,” he said.

Thanks to the more collaborative storytelling, the foundation’s social media footprint grew during the campaign period by 15 per cent, while engagement lifted 1000 per cent. It also reached 1 million people on its owned social channels, five times that through partners, and saw a 3500 per cent video views increase.

Notably, social was the number one referrer to its online fundraising pages.

“Even though the objective was to engage people… that led to more authentic fundraising as it allowed people to feel part of a movement,” Alexander said.