The sporting network's head of marketing, brand and social discusses what it takes to engage with your audience in a competitive media space 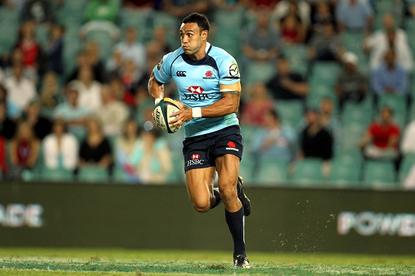 The sports and entertainment media industry is highly competitive in Australia, but Fox Sports head of marketing, brand and social, Chris Gross, shows a focused and targeted social and content strategy can boost audience engagement and build a solid brand.

Gross began showing interest in social media and mobile marketing early on in his career, long before the concept had become widely adopted within business' marketing strategies.After completing a Bachelor of Arts in 2006, he pursued an interest in advertising, and joined an AFA Grad program, which placed him in One Digital, where he managed clients such as Valvoline, ChildFund Australia and Warner Music Australia.

“It was the big digital agency at the time, and I worked there for a few years,” he said. “There I became interested in working with the emerging side of digital, which at the time was mobile and social.”

Following his time at One Digital, Gross moved onto Vodafone to take on the role as business development manager for mobile advertising, where he monetised the brand’s touch points with the consumer through third-party advertising.

“I spent a year doing mobile advertising which was a nice segway between the brand side and aspects of the advertising,” he said.

With his growing interest in social, he then took on a position as Vodafone’s emerging media producer, where he was responsible for establishing a scalable model for social media to maximise the brand’s footprint beyond traditional portals web and mobile portals.

"I was the first person to be within a full-time social role at Vodafone in a time where it was the ascendancy of brands using social media,” he said. “We began to use social media in a wide way, as marketing, customer care and communications functions, and then later as a sales function.”

Gross then grew the team from a single resource to a team of 35, and while they did have to go through a ‘Voda-fail’ period of dilemmas, he said the learning curve meant the team could grow its capabilities.

“By the time I left Vodafone in 2012, we had a full team of working on both social and video and managed to produce some great work there,” he said.

In 2012, Gross was brought over by his ex-general manager at Vodafone to Fox Sports as head of social media and digital marketing, and in 2014 he was promoted to the network’s head of marketing, brand and social. He's now responsible for all marketing activities for the Fox Sports brand, as well as the full social media remit.

A recent successful project Gross was involved with at Fox Sports was the Fox Sporting Nation launch earlier this year in conjunction with Foxtel.

The major radio and TV marketing and promotional campaign was designed to kick off the 2016 sports season and took a fun look at Australia’s most iconic sport moments, along with digital display and video to promote the line-up of live Australian sport for the year.

"It was the biggest we’ve done to date,” he claimed. “And it saw us work the most closely with our counterparts at Foxtel to drive mutually beneficial outcomes. That certainly had a very positive impact in terms of our brand awareness scores, NPS and subscriptions as well. So we are having our most successful year to date.”

In order to remain competitive and drive a digital marketing strategy forward, Gross said marketers must move away from creating a beautifully sculpted ad and leaving it in market for 6-12 months. Rather, he stressed it’s important to focus on a quality content marketing strategy.

“I’d say the old model is obsolete,” he said. “Of course it can still be an aspect of your marketing mix if done tactically, however sport is a living and breathing concept, and if your creative isn’t living and breathing or reactive to what is happening at the time, then you’re really missing out on a great opportunity. So you really need to harness the brand within content marketing and understand how to do that well. You’re not only competing with all the other brands in the space, but you’re also competing with millions of consumers who are excited about sport as well.

“So you need a unique voice that is true to your brand and is authentic to your customers. That way you can cut through and make the most out of what you set out to achieve."

But Gross admitted these things are an exerted, long-term effort. "We don’t treat these pieces as ‘campaigns’ but more as programs of work that we have been working on for years and are constantly adapting, shifting and changing,” he said.

On social media, Gross stressed that whatever you decide to do, make sure it reflects your brand purpose and what your brand values are.

“It’s very easy to fall into a trap where you will see something that will give you engagement, however it may not be related in any way to your brand or help build your brand up,” he explained. “Always connect your strategy to your brand and what it stands for. And the right value exchange for the consumer means they will in turn pass that on to their social connections. Now if you can get that part of it right, you can really unlock the power of what social is.”

Another common mistake Gross said brands make on social media is running big competitions to try and get fan acquisition, but it doesn’t generate the right, targeted engagement.

“You just end up collecting a bunch of consumers who are only interested in winning things and not interested in your brand,” he said. “The number we care about is the active audience per week or per month.”

At Fox Sports, Gross said there is a very big team working on social media, but it’s not a ‘social media specific’ team.

“There are about 50 people across the business who do a lot of other things and are incredibly good at it, but we’ve taught them how to use social, so they can go out and create engaging and interesting content that’s right for that channel and that audience,” he added. “And we’ve seen fantastic results, which is why we continue to grow and grow in the space.”