Telstra kicks off new branding campaign aimed at thriving on 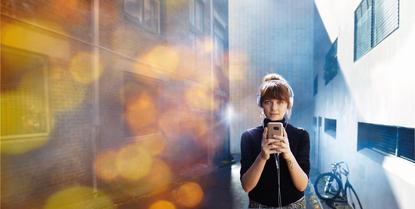 Jess Bush, who is featured in the new Telstra brand campaign

Telstra has kicked off a widespread branding campaign aimed at showcasing how its products and services work together to bring technological magic into people’s live.

The latest brand campaign is based around the tagline ‘thrive on’ and looks to emphasise how technology supplied by Telstra plays in the digital revolution and how people utilise innovative technology services. The campaign was rolled out from 17 July and includes social, digital, experiential, outdoor and print. It’s also across Telstra’s complete range of consumer, business and government services, media and entertainment products.

The relaunch comes as the ASX-listed telco battles ongoing customer concerns about the state of its Australian mobile and fixed-line network services following a raft of outages across the country this year. The most recent of these, which occurred on 30 June, knocked out both consumer and commercial services, including Myer’s point-of-sale systems, Jetstar’s check-in kiosks and home nursing and hospital services in Victoria.

That outage also came just hours after Telstra CEO, Andy Penn, announced the telco was embarking on a $250 million program to improve its infrastructure, though not outside its normal $4 billion capital infrastructure investments.

The ads highlight new technologies such as Telstra’s mobile-first solution featuring Lanes technology, which creates a dedicated communications channel for emergency services to access during critical disaster periods, as well as its ehealth and new smart home solutions. There are also emotive images of people experiencing video and virtual reality for the first time.

The campaign was created by The Monkeys, while the refresh of Telstra’s brand identity was undertaken by Interbrand.

Telstra group executive of media and marketing, Joe Pollard, said Telstra has an important role to play in the digital revolution and “helping innovation to flourish and people to thrive”.

“Our role is to help and advise people on how to navigate the complex digital world safely and securely, ensuring they have solutions tailored to their needs,” Pollard said in a statement posted on Telstra’s Exchange blog. “Finally, we play an important role to innovate and push the boundaries of technology and shape solutions for the future.”

The ambition is to evolve Telstra’s role from telco to “techco”, Pollard continued.

“Our brand needs to reflect this and demonstrate there are better ways for everyone to thrive in this connected world.”