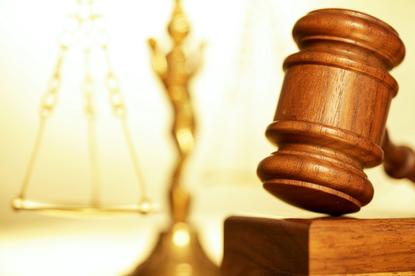 The International Social Media Association (ISMA) is the brainchild of Axis Legal principal and lawyer, Sara Delpopolo, and was brought about by her work navigating the tortuous legal and intellectual property issues resulting from the rise of social media channels.

Having penned a legal guide to help other legal professionals, along with social media and digital marketing practitioners and brand owners mitigate risk, she took up the task of launching a global association that could work on guidelines, information and a global framework harmonising approaches to social media usage as well as provide legal advice.

At a launch event in Sydney this week, Delpopolo said the association is about bringing together expert lawyers and digital industry advisors globally to try and deal with the huge amount of confusion around social media activity, privacy and intellectual property in a digital age. The objective is to protect and balance the rights of businesses and individuals.

ISMA has already attracted a board of legal experts from the US, New Zealand, South Africa, Russia, Singapore, China, Israel, Thailand and India and hopes to bring on further individuals from Brazil, Malta and the UK in the next month. It’s also attracted 12 experts in the digital field including BizTech Enterprise Solutions NSW general manager, Dale Cohen; Zuni co-owner, Valentina Borbone; and IAG’s senior manager of digital sales and service, Christopher Rolik.

“The laws are not serviceable around this and no one is looking at it,” Delpopolo said at the launch event. “We need to make sure we close the gap on the laws governing the digital community.”

The first major task for ISMA is converting Delpopolo’s guide into an interactive digital offering. It’s also launched the 2016 Social Media Terms of Service whitepaper to illustrate shortcomings throughout terms of service across key social platforms including Snapchat, Facebook , LinkedIn, Twitter, YouTube and Instagram, and those that are not potentially not enforceable in Australia. These include things like ownership of IP content, entry into agreement, termination, minimum age and disclaimers.

“As a result of the power held by these platforms, they are burdened with a far greater level of corporate responsibility,” ISMA stated in a release. “Perhaps this is the reason for their overly complicated terms of service, which they know hardly anyone reads, but which everyone accepts anyway. However, most Australians do not realise that some terms are completely unenforceable. In short, accepting the platforms’ terms does not mean throwing your rights away.”

Delpopolo noted the top 10 major social media platforms have gone through at least three major overhauls to terms and conditions in just the last six months. She also pointed out that in 2014, Google dealt with 352 million copyright complaints. In the first half of 2015, Twitter was faced with 38,000 takedown notices.

“Complaints are on the rise and social media is expected to deal with these complaints in 24 hours or all hell breaks loose,” Delpopolo commented, adding that in some instances, responses are automated and raise issues of law infringement.

The association’s second and wider priority is to seek harmonisation globally around how to approach the legal rights of companies and users in a social media situation and more widely, in cyberspace.

“We have international treaties about intellectual property and global treaties that facilitate global commerce, why can’t we do this for social media?” Delpopolo asked. “We’re going to find areas in the law we can harmonise. There are no borders in cyberspace.”