Facebook backpedaled on its ad-buying business for publishers after the company discovered an overwhelming volume of poor and fraudulent ads. However, banner ads and other 'valueless' ads won't simply disappear from the Web, regardless of Facebook's stance. 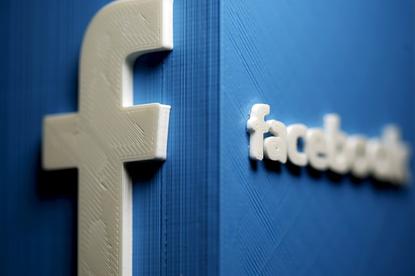 During the past few years, Facebook took an up-close-and-personal look at the ad exchange business, and it didn't like what it saw. The company decided to kill a component of Atlas, its ad-serving and measurement platform, that would have let marketers use the social network's targeting features to buy ads on other sites and in mobile apps.

"Facebook's making a bet that only video and native ad units add value, so they won't be party to selling other kinds of inventory on their site or anywhere else," says Susan Bidel, senior analyst at Forrester Research.

The move reinforces the seemingly eminent blight of banner ads, as well as the ongoing rise of native and video ads, which the company sells at a higher rate.

Dave Jakubowski, Facebook's head of advertising technology, wrote in a blog post that the company found a huge amount of bad ads in recent years, and it was "amazed by the volume of valueless inventory." Exchanges and banner ads were the worst offenders, and the only two ad formats that delivered significant value were native and video ads, according to Jakubowski.

More specifically, 75 percent of the ads that originated in Facebook's now-defunct bidding exchange and went into LiveRail, Facebook's video advertising platform, had to be removed because the quality was so low, according to Jakubowski. Facebook also scaled back plans for LiveRail earlier this year when it stopped accepting new customers. Banner ads comprised the bulk of low quality inventory, according to Facebook, but the recent change impacts other ad formats that were to be sold through its ad exchange, as well.

Jakubowski says Facebook simply couldn't continue selling ads that don't drive value for marketers. However, "when Facebook says 'those ads were almost certainly dumped into another low-quality exchange where all of them were most likely purchased,' it's hard not to hear Google in that indictment," says Andrew Frank, a vice president with Gartner.

Facebook solidified its position on banner and other ad configurations during the past few months, but there's no guarantee marketers will follow the company's lead, Bidel says, and Facebook's clear distaste for banner ads may bear little impact on the greater industry.

"If the format were as worthless as Facebook suggests, then it would have been unlikely for the display ad market to have grown to around $7 billion," Frank says. "While we might all hope for a day when junky ads are a thing of the past, I fear they may be a product of human nature. One person's junk ad is another person's ticket to the body they always wanted."