But service is limited to American Express cardholders for now 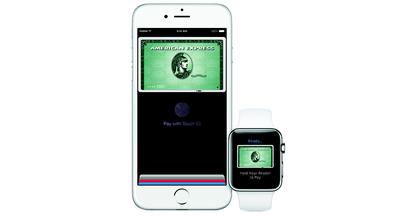 The new service is available from today across iPhone 6s, iPhone 6s Plus, iPhone 6 Plus, iPad and Apple Watch users running iOS 9 and will allow AMEX cardholders pay using their mobile device at stores where contactless payments are accepted.

Apple Pay’s launch into Australia comes 12 months after it was first launched in the US. This was slowly followed by the UK in July and now Australia and Canada this week.

In a statement, AMEX said Australian card members who use an eligible AMEX card with Apple Pay will receive real-time notifications as well as be able to view details of all recent purchases on their card. The AMEX mobile app will also be directly available from the Wallet app, and consumers with membership rewards points will also be able to pay for recent purchases in the mobile app.

“At American Express, we are focused on giving our customers innovative, convenient and secure ways to pay,” said VP consumer marketing for A/NZ, Dean Chadwick. “With Australians leading the world in the adoption of contactless payments, we are proud to now offer the convenience and security of Apple Pay to our customers.”

Jennifer Bailey, Apple’s vice-president in charge of Apple Pay, told the Associated Press that American Express cards are easiest to support at launch because AmEx is both the payment network operator and the card issuer, whereas other payment networks like Visa and MasterCard work with financial institutions to issue cards that work on their network.

Read more: What you need to know about Apple Pay

It’s unclear when other cards will be supported in Canada and Australia.

“The introduction and rapid adoption of contactless technology has helped satisfy shoppers’ desire for speed and convenience as well as simplified the payment process for businesses,” said AMEX VP global merchant services for A/NZ, Emily Roberts.

“American Express is able to build on this innovation with the introduction of Apple Pay for our card members.”

Not to be beaten by Apple’s announcement, the Commonwealth Bank also announced today that it had expanded the capabilities of its digital mobile wallet offering, Tap & Pay, to support MasterCard and AMEX credit card payments. This means customers can now make purchases using the app on all Android handsets with NFC (near-field communication) capabilities, as well as the CommBank PayTag solution for iPhone users.

The banking group claimed more than 300,000 cards have been set up on the CommBank app and one million transactions processed since Tap & Pay was launched.

CommBank executive GM for retail products and strategy, Angus Sullivan, also noted Australia has some of the highest volumes of contactless payments globally.

“With more than 2.8 million users of the CommBank app each week, we are focused on delivering innovative payment features to our customers,” he said.

“This next evolution of the digital wallet places the power of mobile technology in the hands of even more Australians, giving them more convenient access to their finances whenever and wherever they are.”