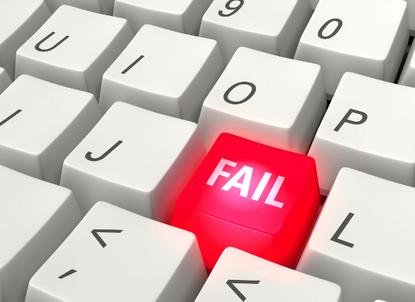 Some companies seem to go out of their way to aggravate and abuse their customers, and are terribly good at it, according to Teradata’s Global Industry Evangelist, John Timmerman.

During the ONE: Teradata Marketing Connect conference in Sydney, Timmerman revealed the top five ways marketers are driving away customers, and how you can avoid creating a toxic cycle of annoyance and aggravation.

1. Showing you don’t know them

One of the major nuisances that drive customers away is interactions that reveal brands really don’t know them. Asking customer to repeat never-ending streams of digits, or for their account number, order number or invoice number over and over again, are just some of the mistakes Timmerman said drive customers away. It also leads many into the arms of brands that take the time to recognise and engage with them on a more personalised level.

“There are so many companies that get it so wrong, but it’s amazing how your local pizza delivery store can get it so right,” he said. “They take the time to store my number and know it was me, they know what my previous order was and they didn’t have to ask me for my address. Why can’t all experiences be that easy?”

According to Timmerman, one issue brands have is that they look at customers as an account or a device, rather than as an individual or household.

“Royal Bank of Canada is an example of getting it right,” he said. “Rather than looking at you as an account, they completely restructured the way they analysed the customer, based on the value they bring.”

Read more: Why you should focus on customer lifetime value, not customer centricity

2. Ignoring them when they’re angry

Like any relationship, ignoring someone when they’re angry will not only aggravate the matter, but drive them away – perhaps forever. Timmerman cited statistics showing 52 per cent of B2C customers stopped buying after a bad customer service interaction, and 39 per cent continued to avoid vendors even two or more years after a bad experience. Those who have a good experience however, remain loyal. About 24 per cent continue to seek out vendors two or more years after a good experience, Timmerman said.

Those who do take time to get to know their customers see a 50 per cent increase in customer profit across target segments and gain deeper insights into the number of products or services consumed by their most valued customers, he said. At the same time, these companies became more agile, whilst also improving their response rate by 15 per cent.

“These companies saw a retention rate improvement by 20 per cent,” he added. “More importantly, these companies recognised the patterns of events that led to deflection. It’s about being proactive, not reactive.”

A mistake that can not only annoy but infuriate customers is sending the same message over and over again. Timmerman recalled a time when a credit card provider emailed him the same promotion multiple times, but made minor and ineffective changes such as changing the colour of the font used or lowering the discount offer.

“Personalising your message can see an increase in your omni-channel campaign conversion rates by 30 per cent,” Timmerman claimed. “You can also use multiple coordinated customer touchpoints to improve customer relationships and expectations.”

One success story Timmerman shared was US retailer and Teradata customer, American Eagle Outfitters, which for some time had struggled to gain brand loyalty with millennials. The company recognised it needed a more centralised view of the customer and to deliver communications in a more relevant and personalised way.

The solution was to create a full and single view of the customer in a unified data warehouse, while leveraging various channels such as direct mail, email and SMS through Teradata’s Customer Interaction Manager. American Eagle Outfitters also used geospatial coordinates to target customers as they neared one of its store.

“As a result of implementing this new digital strategy, the brand became much more agile,” Timmerman claimed. “When communications are specifically segmented and personalised, open rates are up to 50 per cent. The company received a significant ROI simply because it respected the individual customer experience.”

According to Timmerman, data does a lot of things but it can only do so much. It should be seen as a way to inform and inspire. But if you let it run wild, it might automate a bad or embarrassing marketing decision, he claimed.

“If you allow it to become siloed or fractured, it created inconsistences in the way we market to our consumers,” Timmerman said.

Those who are doing it right, he said, know exactly which customers should receive which offers and have consistent marketing execution strategies across the board. Importantly, they also meet tight regulatory compliance standards and know how to stay out of trouble.

“They use all the customer information to determine specifically which offers are relevant to which customers,” he added. “They’re always learning about their customer, at every single interaction to ensure they are selling the right thing at the right time, in the right channel.”

Finally, Timmerman said it’s important to focus on more than just positives, and to be forward-thinking in your approach. Companies that fail never address the fact that everything might not be perfect.

“Kodak for instance, became a shadow of what it once was, because it didn’t listen, learn and adapt to what was changing in the marketplace,” he said. “The company didn’t learn from what was working and what wasn’t, and was unable to transform based on those insights.”

Those doing it right have automated processes for review, approval and tracking of all promotional material to ensure compliance, Timmerman said. At the same time, they capture invoices and commit to keeping an accurate view of money spent and money outstanding.

Importantly, they also have established metrics to evaluate performance and effectiveness of marketing across all lines of business.

“It’s important to always take time to figure out what is working and what’s not,” Timmerman said. “We need to learn from that and make changes moving forward, based on what we’ve learned. That only comes from constant questioning, inflection and analysis.”