Think you're agile? You're probably wrong 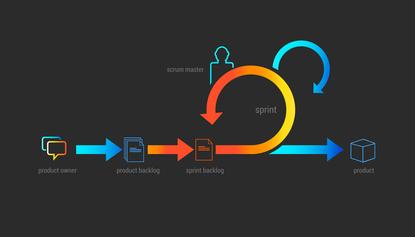 Businesses worldwide overestimate their agility and need to educate themselves on the benefits of platform-as-a-service (PaaS) offerings, according to the Oracle Cloud Agility study released today by Oracle.

"This study shows there is something of a disconnect between the respondents' perception of the business in general and the actual reality of their IT infrastructure," says Robert Shimp, group vice president, Oracle. "It says to me that they're not exploiting the full potential of the platform they probably already have. A lot more education is necessary."

While a majority of businesses believe they are agile, Shimp says Oracle's research found that many organizations cannot flexibly manage workloads or rapidly develop, test and launch new applications, leaving them poorly prepared to deal with competitive threats.

Oracle partnered with Opinium Research for the study, surveying 2,263 individuals from large enterprises around the globe, including Australia, Brazil, China, France, Germany, South Korea, Poland, the U.K. and U.S.

Globally, 64 percent of respondents consider their organization to be agile — able to quickly adjust to new business opportunities or iterate new products and services quickly — while a slightly greater percentage of U.S. respondents (66 percent) feel the same way.

Develop it, test it, launch it

Eighty-one percent of respondents believe the capability to rapidly develop, test and launch new business applications is important or critically important to the success of their business (though that number slipped to 76 percent in the U.S.). Twenty-nine percent of respondents believe the effective mobilization of applications and services is the most important factor in business success today when it comes to IT infrastructure.

But while the study shows that businesses have a healthy respect for agility, their capacity for it is another story. Fifty-two percent of global respondents (and an equal percentage of U.S. respondents) say their business does not have an IT infrastructure capable of meeting competitive threats. In addition, 49 percent of respondents say they either cannot or do not know if they can shift workloads between public, private and hybrid clouds, or migrate on-premises applications to the cloud. Only 50 percent of respondents say they can develop, test and deploy new business applications for use on mobile devices within six months, with the percentage falling to just 30 percent that can do the same in a one-month timeframe.

"The respondents were from a wide range of business and technical skills," Shimp says. "If you have a line of business executive, a chief marketing officer or head of HR selecting a SaaS application, they may be very familiar with the line of business processes that those services offer, but they may be a lot less familiar with the platform and the capabilities the platform can provide. They may need an IT department to help them extend their capabilities. That's an education opportunity there."

And that's essential, Shimp says, because organizations aren't going to achieve competitive differentiation by subscribing to the same cloud services as all their competitors.

"What differentiates you is how you exploit all the capabilities of the platform," he says. "The survey shows there is a great opportunity to educate customers on how they can enrich their cloud with platform-as-a-service."

Most organizations still aren't fully aware of how PaaS can increase their operational agility, according to the survey results. Oracle found that only 32 percent of respondents say they fully understand what PaaS is (37 percent in the U.S.), while 29 percent admit they don't understand it at all. Of those that do believe they understand PaaS, only 31 percent cite reduced timeframes for application development as a main benefit. Instead, they cite less strategic benefits, like savings on the cost of internal IT infrastructure (47 percent).

"PaaS offerings ... have the ability to deliver unprecedented levels of business agility," Shimp says. "The key now is to demonstrate to businesses just how easy it is to integrate this critical cloud platform into their IT architectures. Yes, the cost savings delivered by PaaS are important, but of greater importance is its ability to help businesses reduce application development timeframes and more easily tailor and integrate third-party software-as-a-service apps into their business, allowing them to react better to customer demand."