Artificial intelligence and machine learning are increasingly being used by startups to further automate digital marketing. We talk to one looking at campaign execution 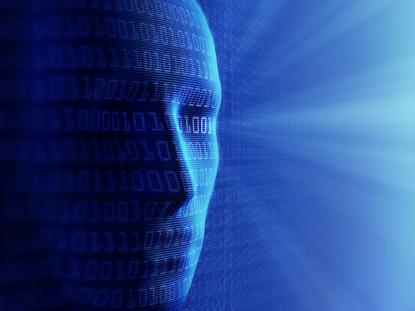 IBM has Watson. Now Israeli startup, Adgorithms, has Albert. And while Albert has been trained to execute large-scale digital marketing campaigns more effectively than humans, he is not out to take your job – at least not yet.

Adgorithms, which listed on the UK Alternative Investment Market (AIM) in June, is one of a slew of startups using technologies associated with artificial intelligence and machine learning to automate and accelerate many digital marketing tasks. Adgorithms Albert software automatically optimises digital campaigns by reacting to trends in real time.

According to Adgorithms chief operating officer, Or Russo, Albert has been built to execute campaigns at scale while constantly improving campaigns through self-learning.

“That is the crown jewels, because once you are doing automatic decision making you have tonnes of data,” he said. “And if the machine is smart enough it can learn by itself second to second, unlike humans, who are learning from week to week or through a quarterly review.”

Because Albert is constantly monitoring performance, Russo said it is able to quickly identify fraud and unproductive traffic.

“It is eliminating traffic that is not doing anything for your KPI – maybe on legit sites with legit users, but where the ad is being shown below the fold,” he said.

“We consider Albert to be a glass box. It does everything itself, and the machine will ultimately run for you as a marketer thousands of tens of thousands of campaigns. It will do everything automatically and give you the option to override it.”

It is this final point that Russo also believed is important in the introduction of machine intelligence into the marketing function. While the machine can learn for itself, Russo said Albert leaves people free to do what they are best at.

“We never presume to replace the marketer in understanding what he really wants,” he said. “He needs to tell us what he wants.”

Numerous recent reports have pointed to the potential of machine intelligence and automation as replacing humans in many functions, including the Australia’s Future Workforce? report released by Committee for Economic Development of Australia in June, which suggested to a high level of probability that 40 per cent of Australia’s workforce could be replaced by automation within the next 10 to 20 years.

But rather than resulting in wholesale redundancies across marketing teams and agencies, Russo saw Albert generating improvements in team structures.

“The structure will be more efficient,” he claimed. “Humans are the only ones that know what they want, because the industry as a whole is human-based.”

Because Adgorithms focuses on optimisation, and not the creative side, there will always be a place for humans, Russo said.

“Marketers using this technology will have the ability not to rely on a lot of people doing manual work that they should not do, and dealing with a lot of data leakage and forgetfulness.”

Ultimately, Russo believed technologies such as Albert will lead to increased campaign spending.

“The urgent need here is that those people are working super hard and they are not doing a good job at it,” he said. “Those guys struggling with Excel sheets and struggling with forgetting stuff and writing stuff in notebooks, now they can think of better creative and better strategy, and the business itself will be bigger because they will spend their money more effectively.”

Want to read more about ways machine learning and artificial intelligence are aiding as well as challenging the marketing space? Check out the latest issue of CMO magazine, now available for digital download for registered users.